Of all day’s to photograph what is the most iconic Fighter Aircraft ever built, it had to be the 100th anniversary of the landing at Gallipoli cove by the ANZAC’s. Ross Pay from Pay’s Air Service had told me that he might be doing a small display on ANZAC Day and that it would be an AWESOME chance to get some photo’s of this rare aircraft, I saw it for the 1st time a few years ago and some days there is aircraft that just stay with you. Since Scone is only 2 hours from me I timed my run that I could do Dawn Service on the way, the town I stopped at was small but I’m sure the whole town turned out for this 100th Anniversary. From there it was just thinking about what was going to happen but it could never be the dream day could it ? 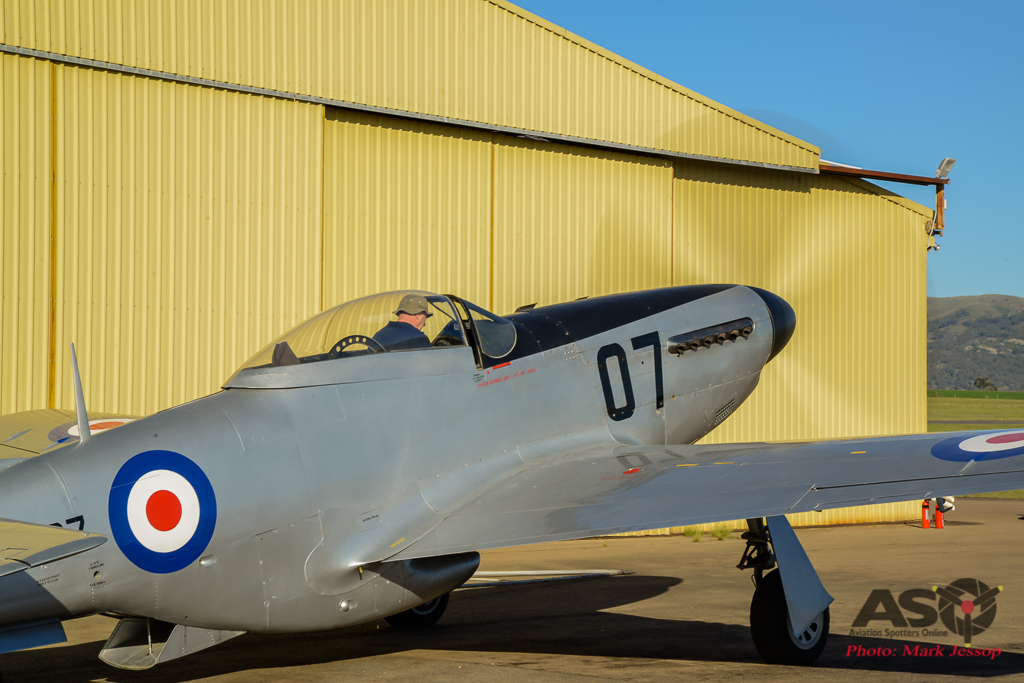 After meeting Ross he informed that he would go do the display over Scone and then send back his Harvard to pick me up for a quick air to air shoot so be ready he said. Be ready! As Ross had only just got back from an overseas business trip and time wasn’t on our side, we thought it would be easiest to just do a few circuits over the airfield and see what we got.  Since each aircraft had to be checked I got the chance to just walk around to look at the Collection Ross has, not only the Warbirds but also his business aircraft. To say he has a few is an understatement and in the future ASO will bring more on these. My ride for the flight was a  T-6G Harvard 49-3186VH-HAJ, a former Oshkosh award winner and one of the original Pay Warbird fleet and is a beautiful example of this trainer. For me I think this is the best looking Harvard In Australia. 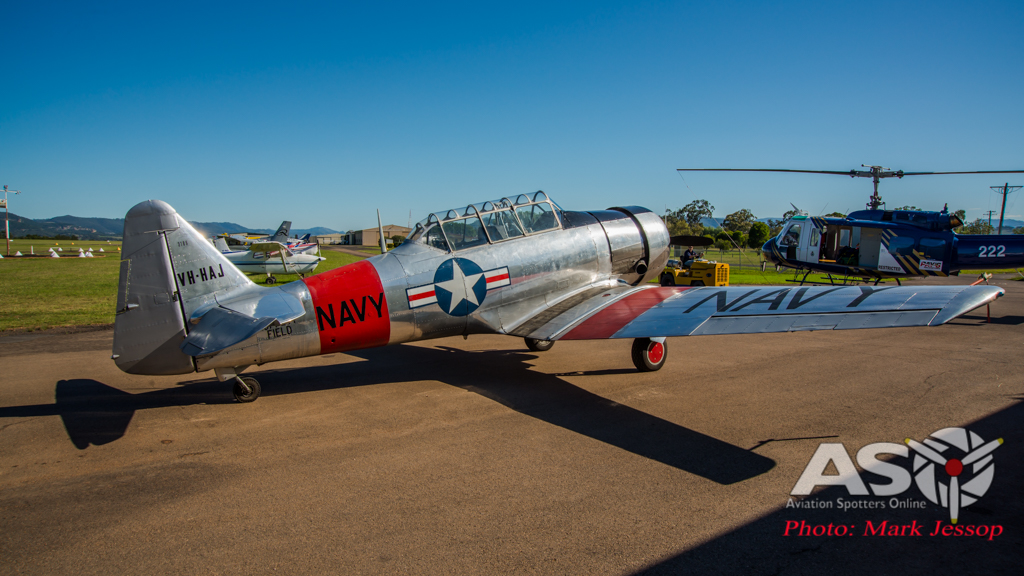 Watching all the aircraft ramp up for the big take off on ANZAC Day is something that shows just how passionate about preserving Historic aircraft Ross is. Business is very busy and Ross doesn’t get the time to show off this amazing collection as much as he would like to but for a day like this everything that could be flown was. CAC CA-18 Mk21 Mustang, A68-107 / VH-AUB is one of Australia’s most famous and oldest Warbirds, having been restored and registered by Col Pay. 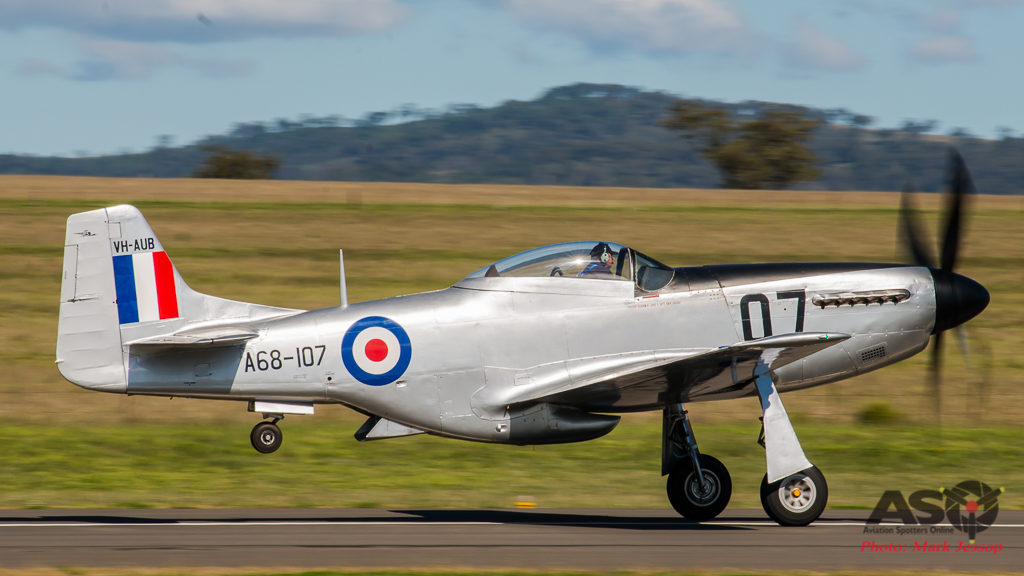 By the time it was take off a good sized crowd was there to watch and watching everyone from small kids to some slightly older it was very clear that this is something more people want to see. From a distance we could see the display over Scone and after a few short displays the Harvard was back and it was game time. 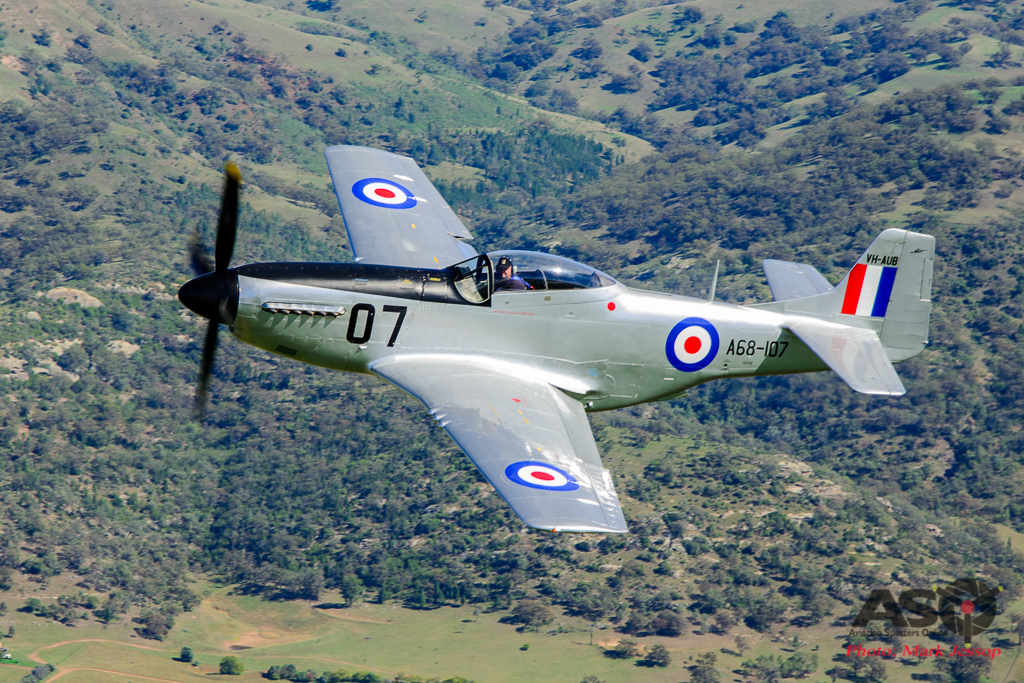 How can you feel when the aircraft you looked at maybe the most as a kid pulls up beside your wing and it’s just there ?

I can’t really explain it as I wanted to take in the moment but knew that I was there to record this event and make sure that of all days I did my best ever shoot to honor the men and women who have served us. To have a helicopter helmet on and the canopy open and still be able to hear the Mustang in full flight is just so damn awesome I wish everyone could have this chance which I’m hearing could happen very soon once Ross gets his 2nd Mustang back which is a Dual seat …..Yes that’s right his 2nd Mustang.

Over time we will go over this amazing collection  but for now I will just say a Massive thank you to the team at Pay’s Air Service and to Ross himself for making a dream I never thought would happen and to make it happen on that day is something I will never forget so while I knew this day was special for Ross as well I think he should have the last words….. 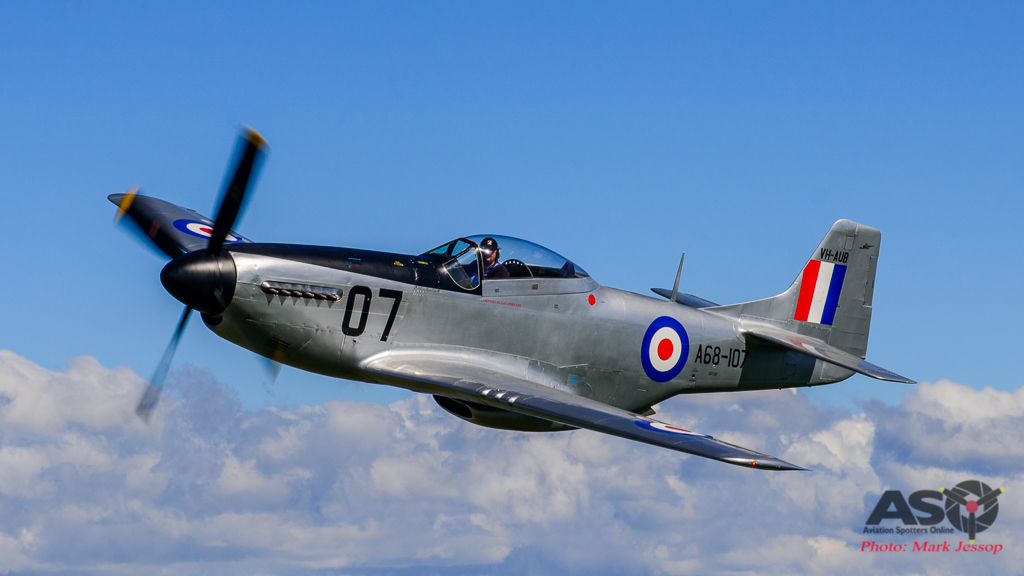 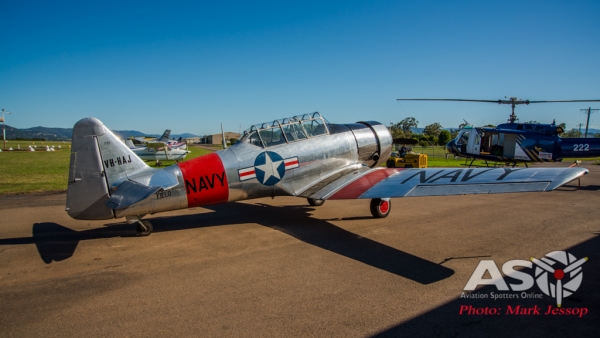 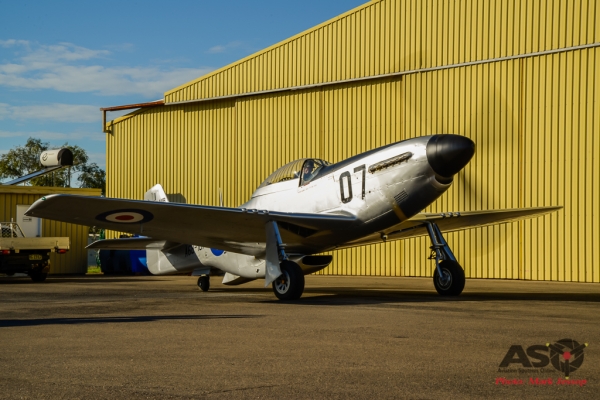 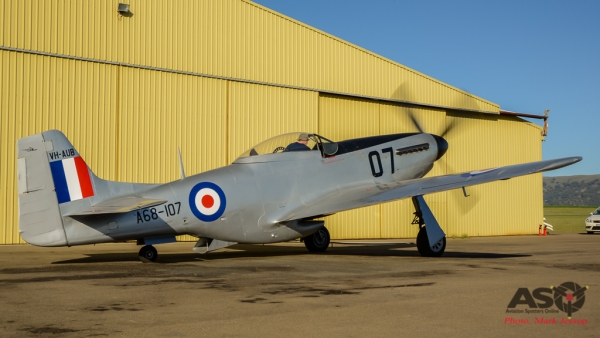 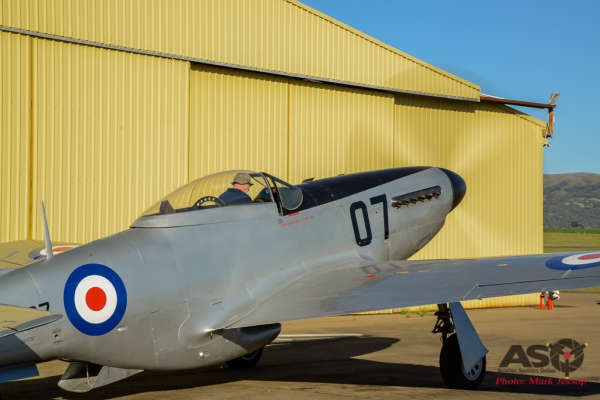 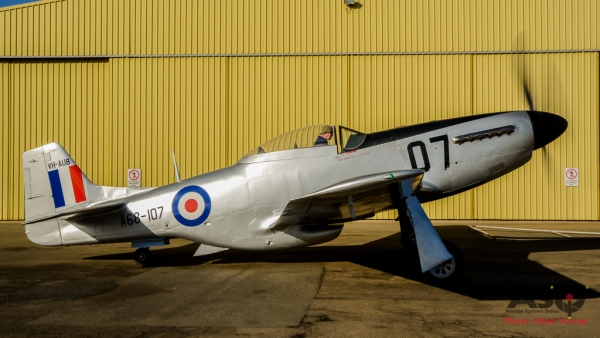 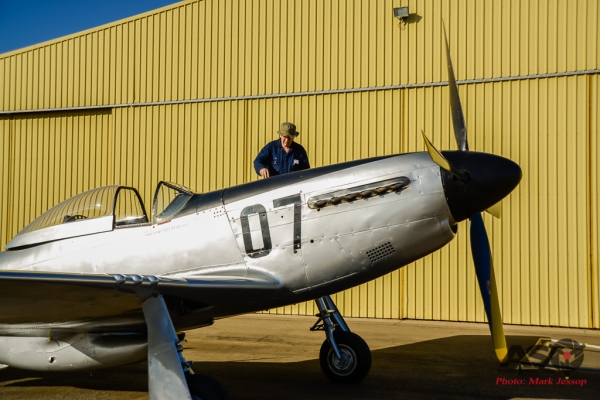 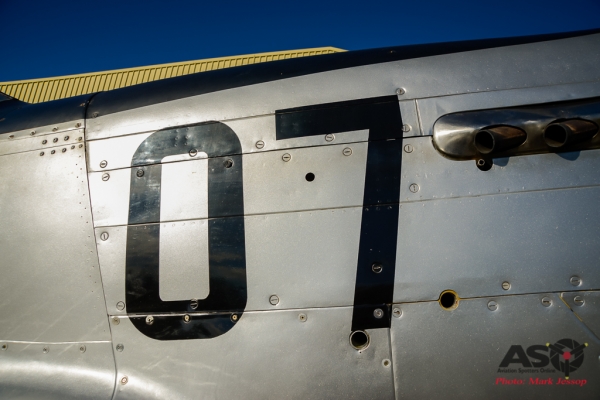 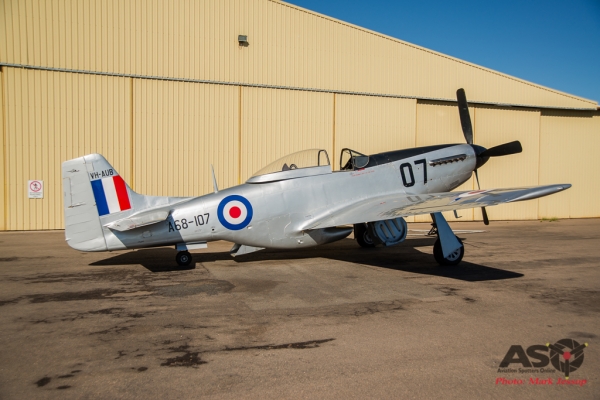 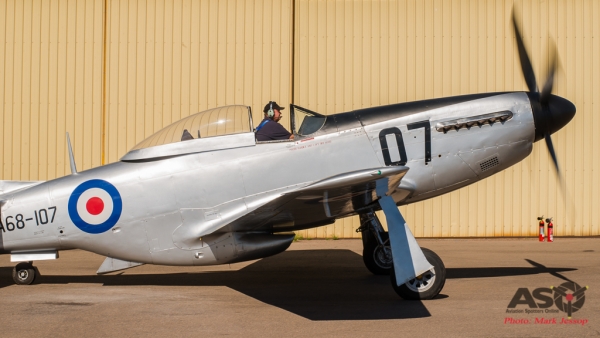 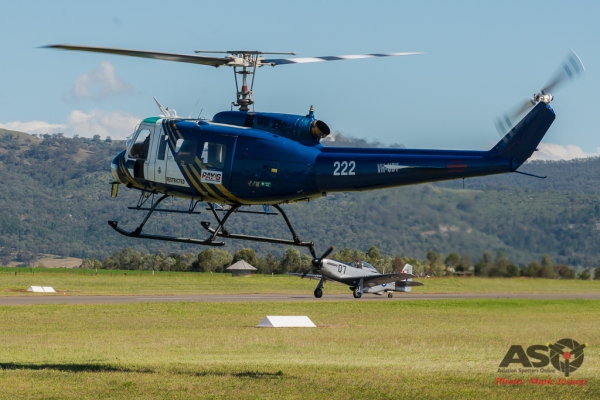 The cold morning air was torn apart as wave after wave of aircraft roared low over the airfield in full afterburner before breaking off to land in a seemingly never ending stream. After about an hour the first waves of jets started to return back to base Last Friday morning[…]

An aquatic setting at a former RAAF seaplane base on Lake Macquarie with a beautiful backdrop and modern and historic aircraft displaying overhead; what’s not to enjoy? The Rathmines Catalina Festival is held to promote the history of the former RAAF flying boat base on Lake Maquarie, just south of[…]

Monday the 23rd of February 2015, a momentous day for members of Aviation Spotters Online, with Mark Jessop along with videographer Mark Pourzenic made the long trip from the city of Melbourne to RAAF Base East Sale, which is in the Gippsland district. They were there to visit a fantastic[…]