Road side Airshow, lead up to Avalon 2019

It is an exciting time the lead up to any airshow. Especially an International one where the manufacturers line up to display their latest in aviation technology. Airlines and defence forces bring their latest and greatest to wow the crowds.

This years Australian International Airshow was of course no exception. Spotters come up to be road side nearly two weeks before the main event to catch the aircraft on the approach to Avalon Airport. This year the weather gods were certainly on the side of the spotters. The blue skies and warm weather let everyone catch the arrivals in some fantastic light.

These lead up days are also one where the spotting community come together to swap stories on all sorts of subjects. The cameras are joined by the deck chairs, cold bevies and even a BBQ or two. The number of spotters continues to grow at these sorts of lead up days.

The United States Air Force again brought their fifth generation fighter to Avalon. Two aircraft from Elmendorf in Alaska arrived with their long range fuel tanks on the wing hard points. 40 F-22A Raptors are based at Elmendorf. The aircraft were flown and maintained by the active-duty Air Force’s 90th Fighter Squadron and Air Force Reserve 302d Fighter Squadron. 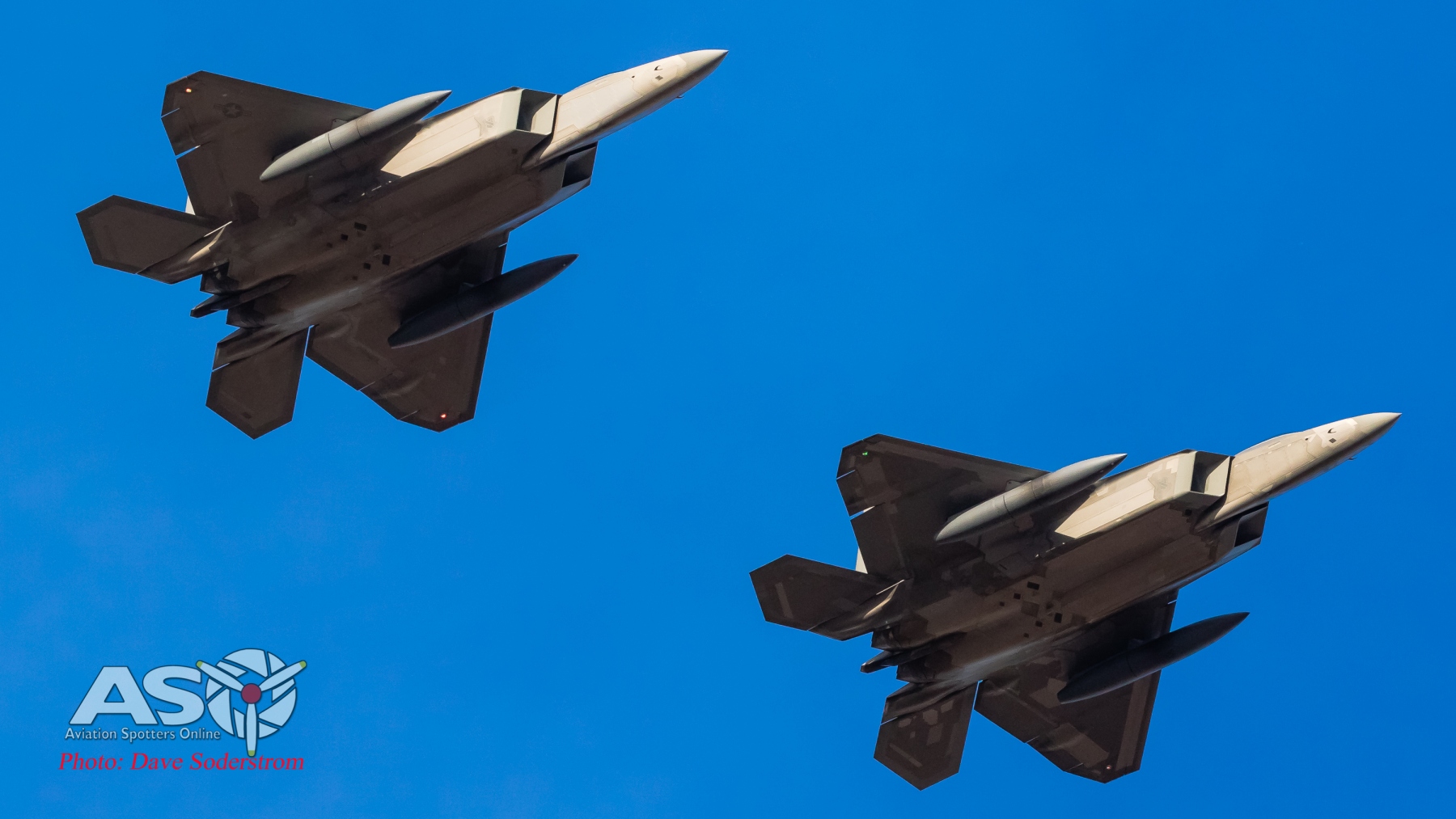 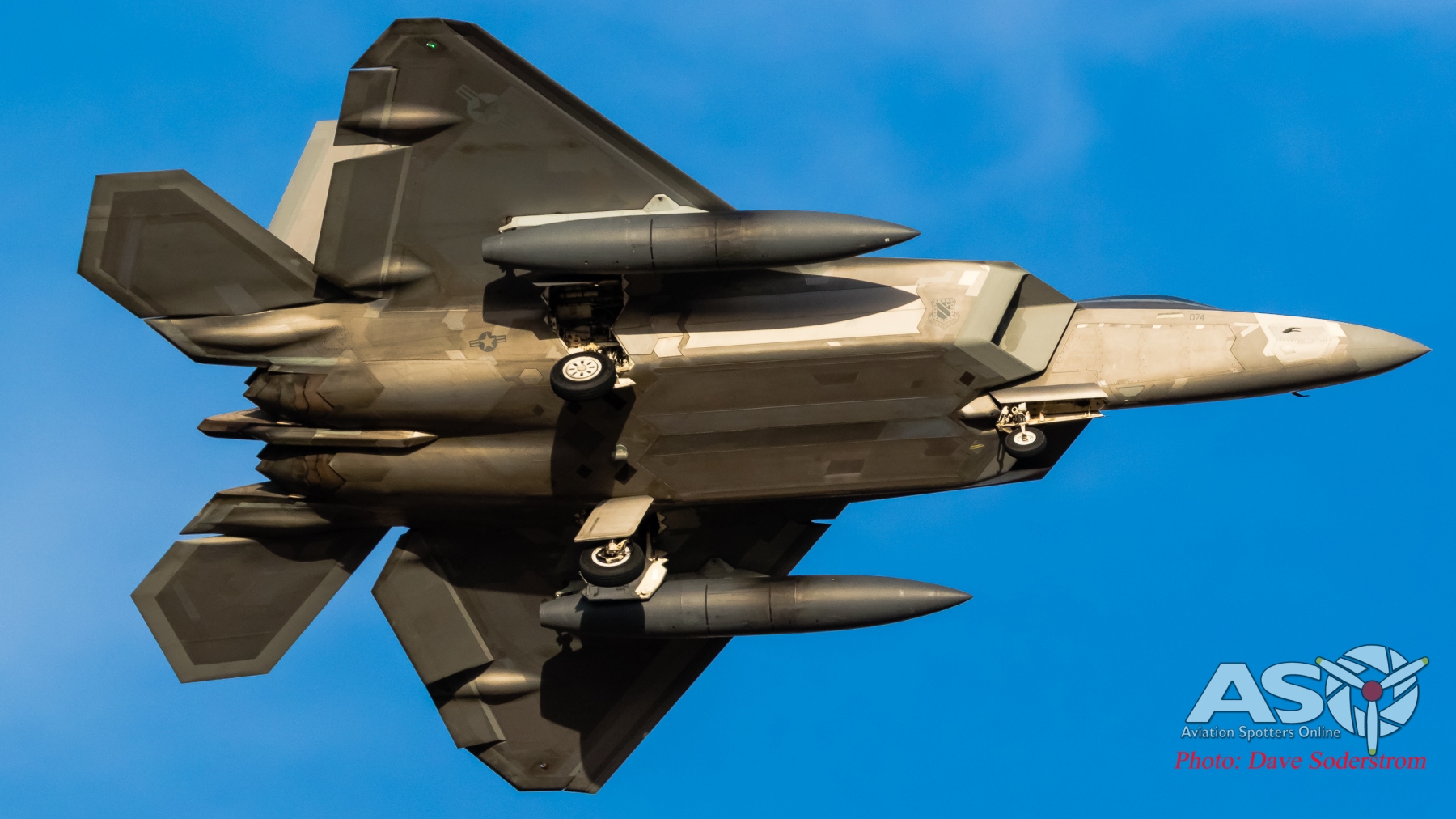 Supporting the F-22s on their journey from Japan were two Boeing KC-135R Stratotankers. Operated by the 912th Air Refuelling Squadron which is a unit assigned to the 92d Operations Group. The unit operates from March Air Reserve Base, in California. The squadron is an active duty associate unit of the reserve 336th Air Refueling Squadron of the 452d Operations Group. 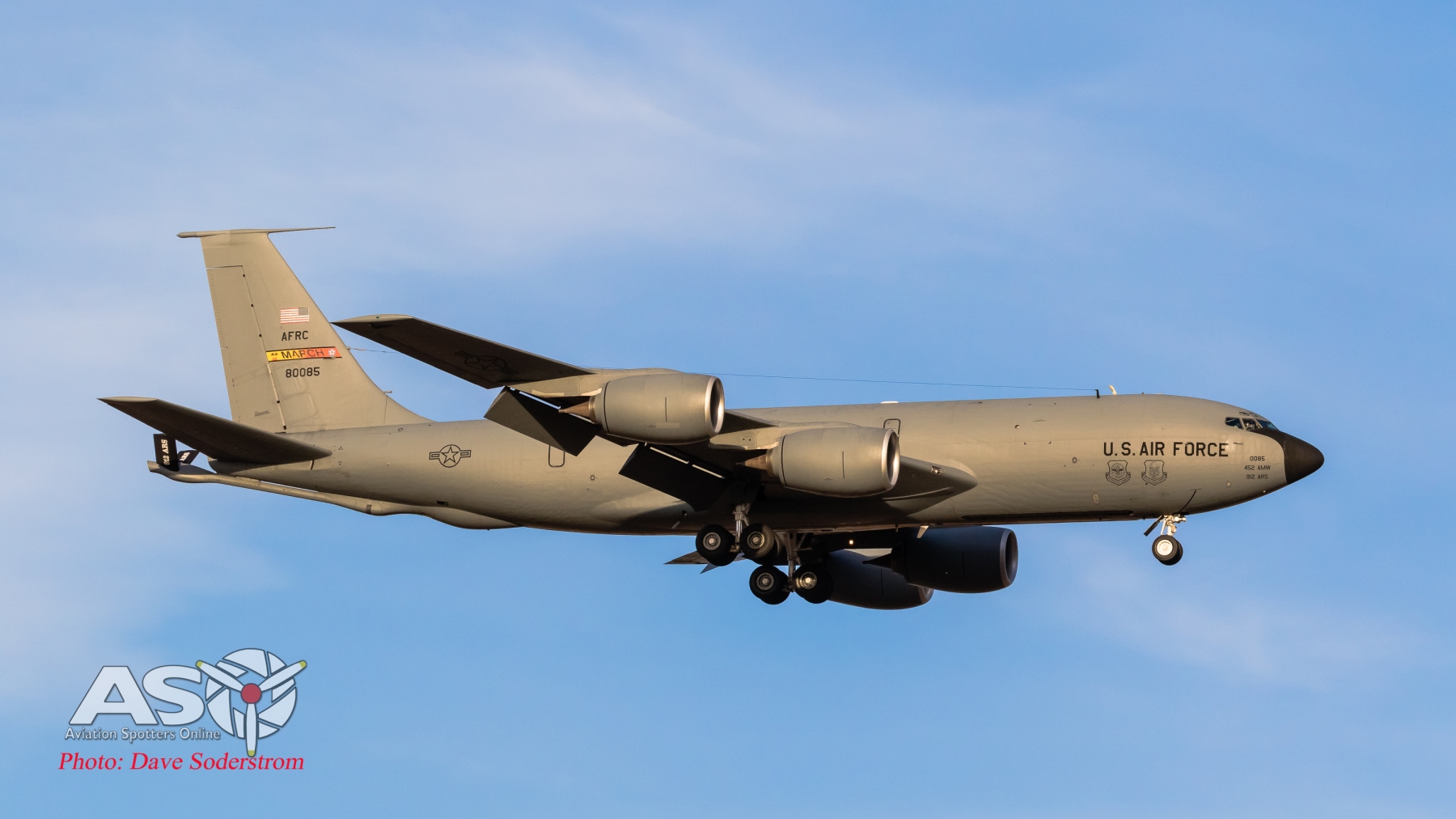 The USAF brought the mighty Boeing B-52 Stratofortress to Avalon with both static and flying examples making appearances. First to arrive at the airport was B-52H Stratofortress ( 60-0007,  c/n-464372) ‘Guardians of The Upper Realm’, from the 23rd Bomb Squadron which is apart of the 5th Bomb Wing based at Minot Air Force Base, North Dakota. Another 23rd BS B-52H (60-0060, c/n 464425 ‘Iron Butterfly’), had made the 8 hour flight from Guam to perform its flyover.

During its return flight to Anderson AFB, 60-0060 due to a malfunction had to return to Avalon as a safety precaution, and in doing so, creating history, as this was the first time since the Airshow has been held at Avalon Airport that two Boeing B-52H Stratofortress bombers were on the ground at the same time, although if only for a 24 hour period. 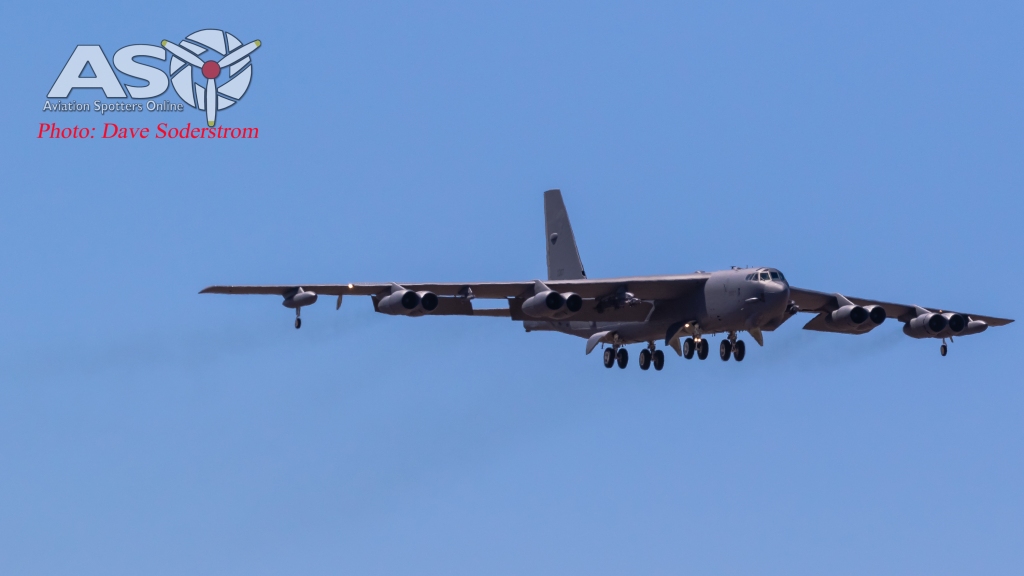 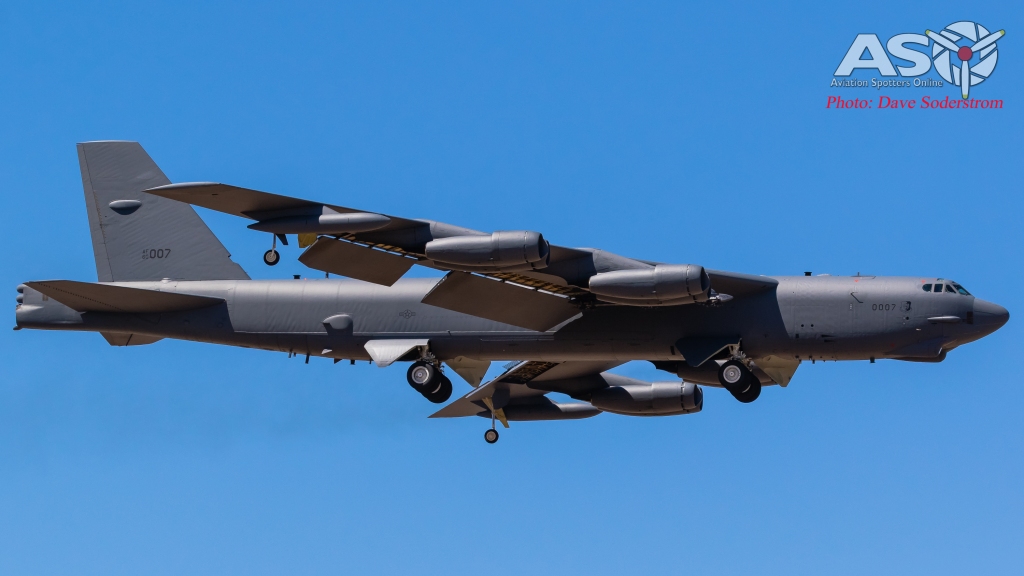 The JASDF returned to the Airshow with a rather unusual type, the Kawasaki C-2. Operated by the 第403飛行隊 (403nd Tactical Airlift Squadron dai403hikoutai) is the sole transport squadron of the 3rd Tactical Airlift Group based at Miho Air Base in Tottori Prefecture. Serial number 68-1203 ‘203’ arrived in some fantastic light. 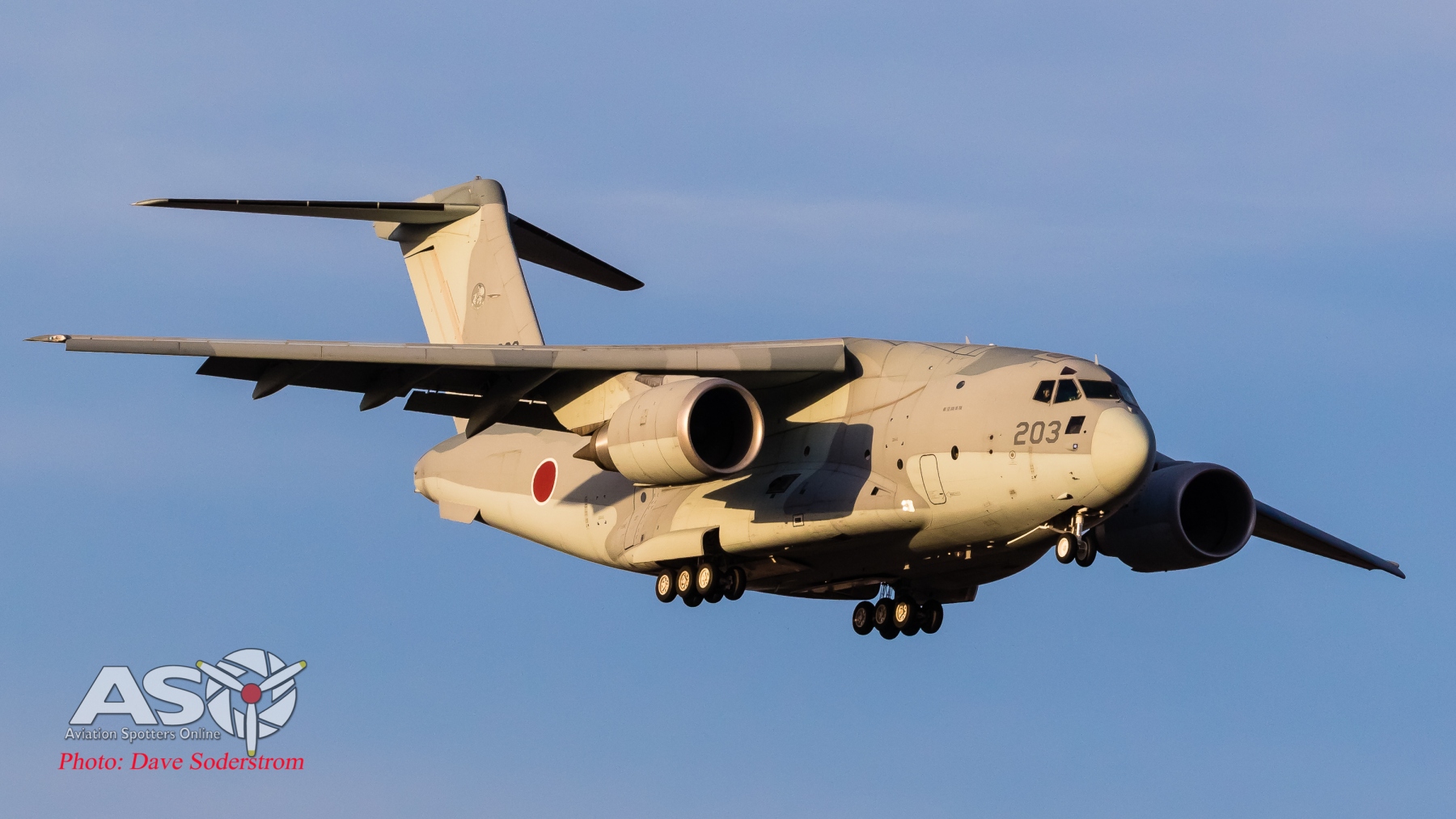 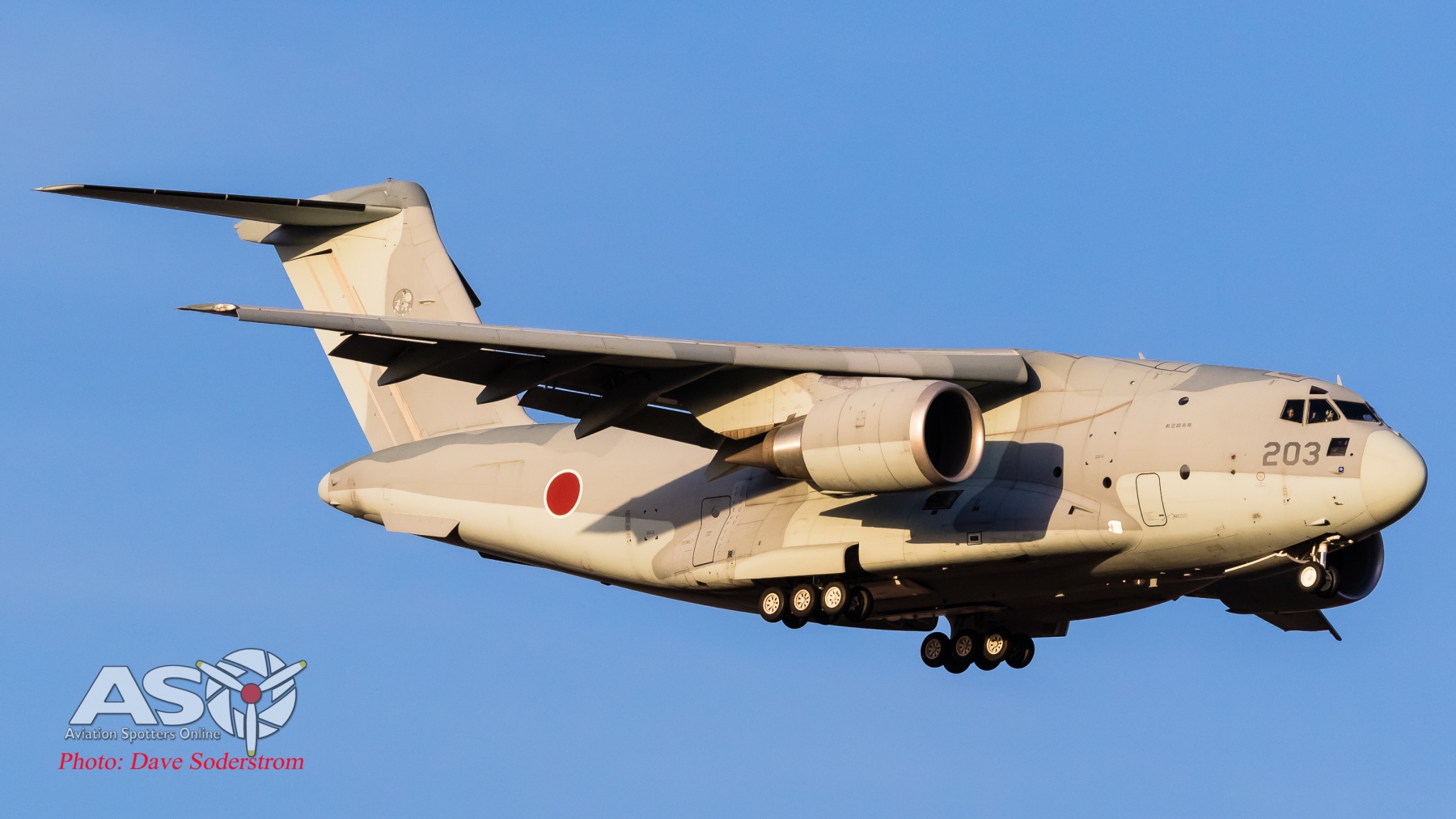 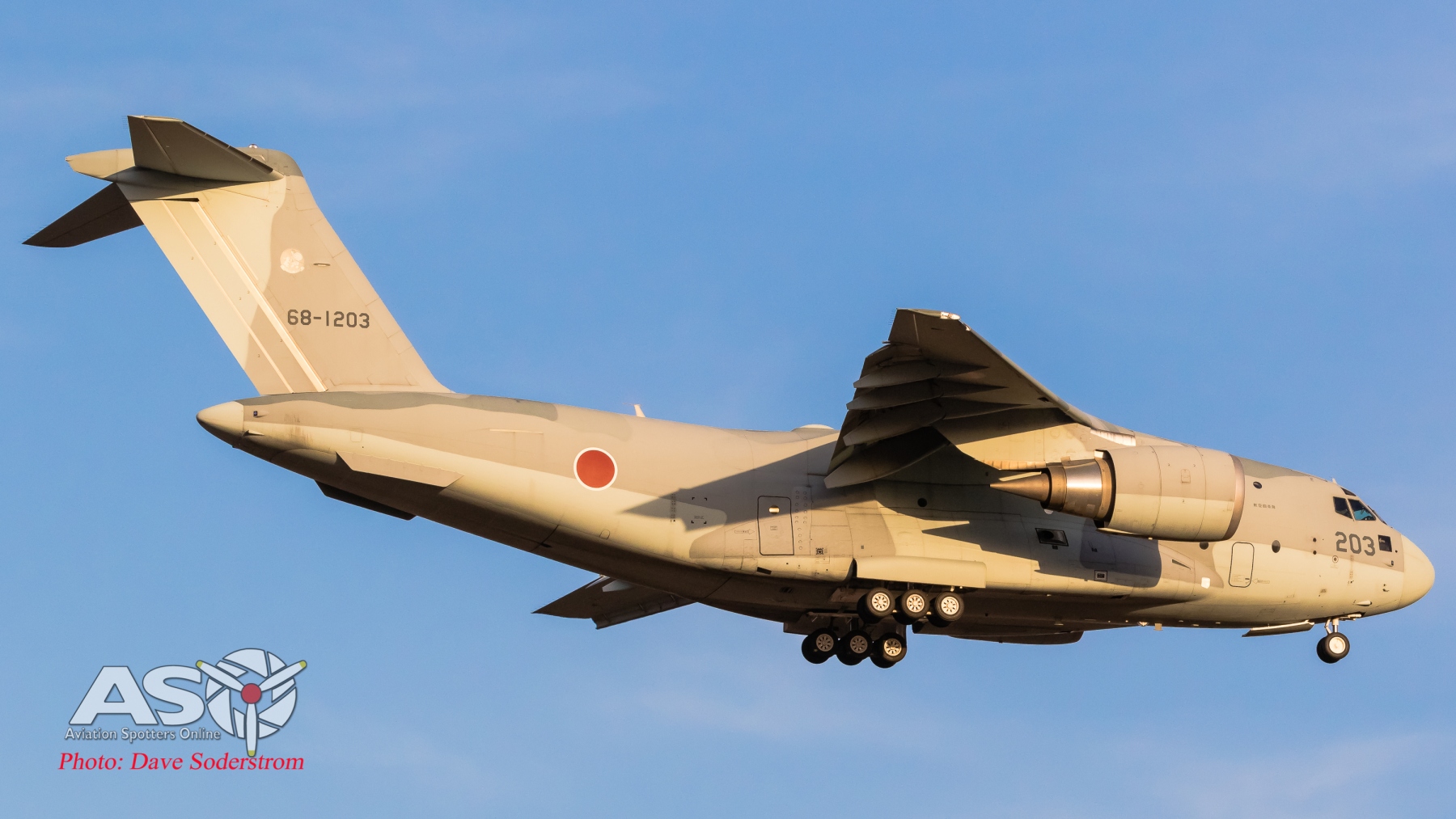 The RSAF again had a big presence at the Airshow,with two  Pilatus PC-21s and a pair of rarely seen Boeing CH-47 Chinooks arriving for the event. The CH-47s arrived over head beating the air around them into submission. A first appearance for the Chinook at Avalon with the Super Pumas having been displayed several times in the past.

The arrival of the PC-21s which have previously visited was further enhanced with the arrival of aircraft 9101 with its newly applied 25th Anniversary tail art. This was to commemorate 25 years of operations from RAAF Pearce. 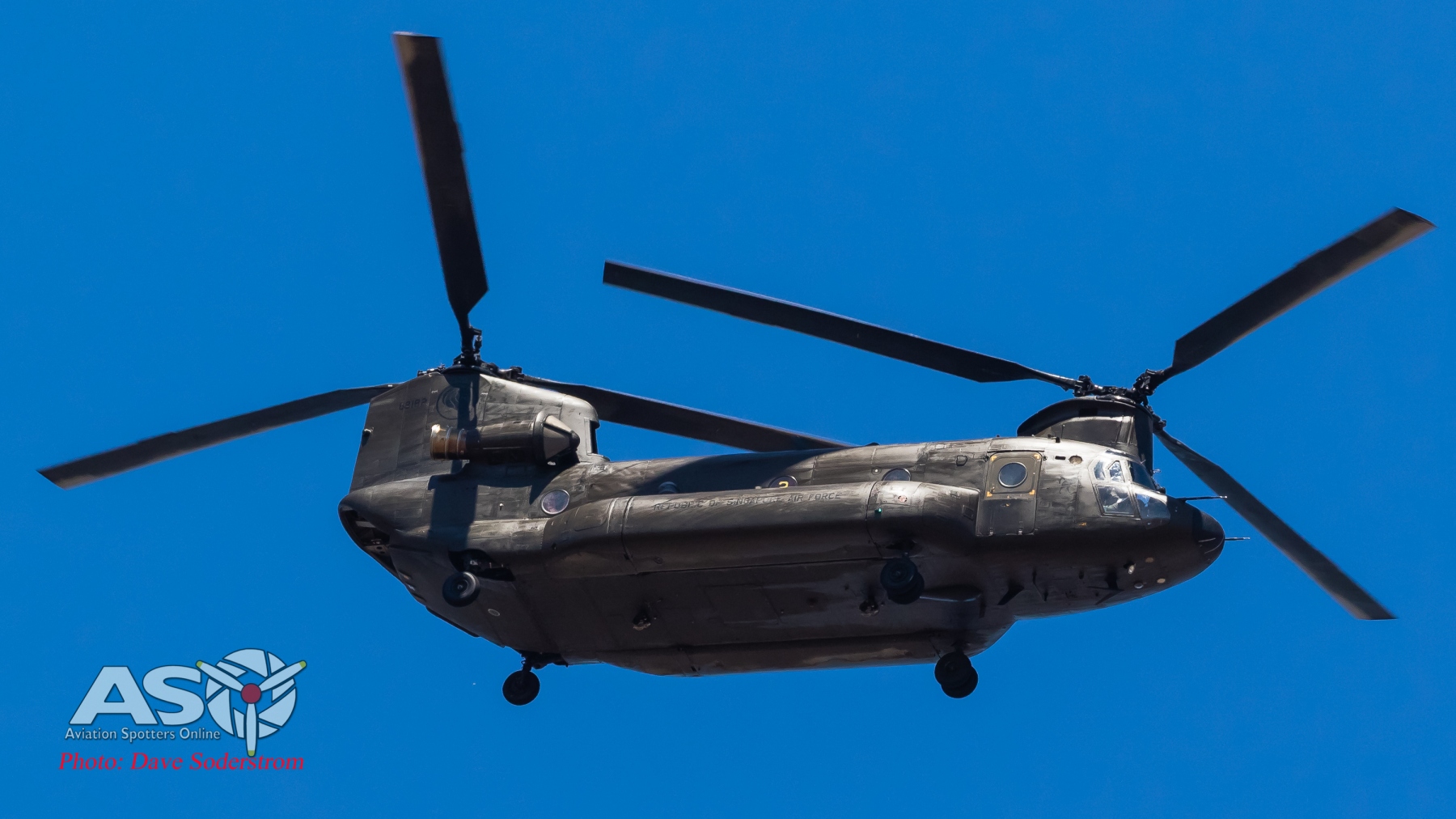 Again making its presence was the Airbus A400M. The difference this time being the air arm which brought it for display. The Royal Malaysian Air Force’s (Tentera Udara Diraja Malaysia (TUDM) 22 Squadron flew aircraft, M54-04 from Subang Air Force Base. 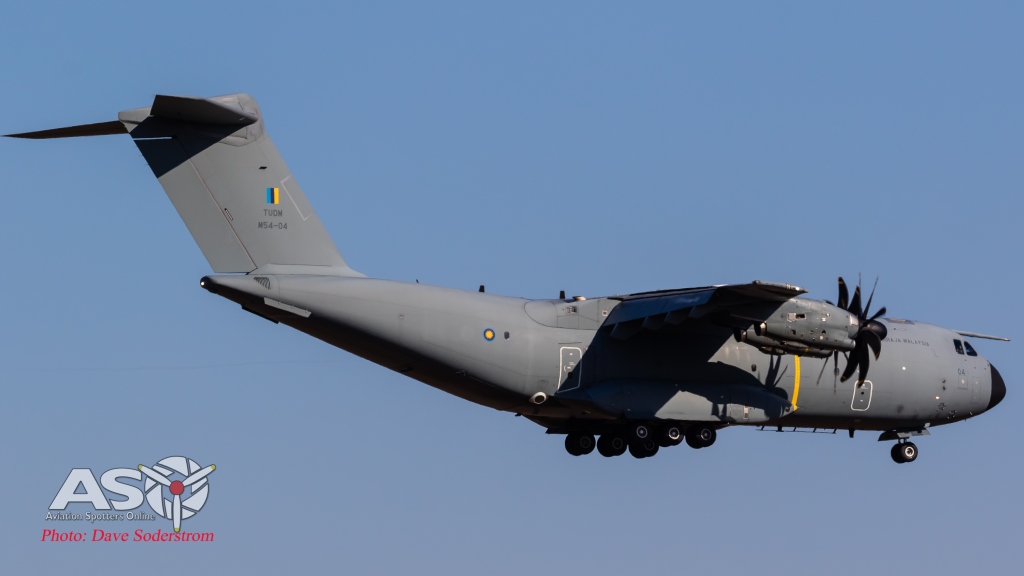 The ADF including the RAAF are huge supporters of the Australian International Airshow. This year saw an example of all the latest and greatest along with soon to retire types. Aviation Spotters Online again thanks the Australian International Airshow for allowing the team to cover and present article and video from the event.