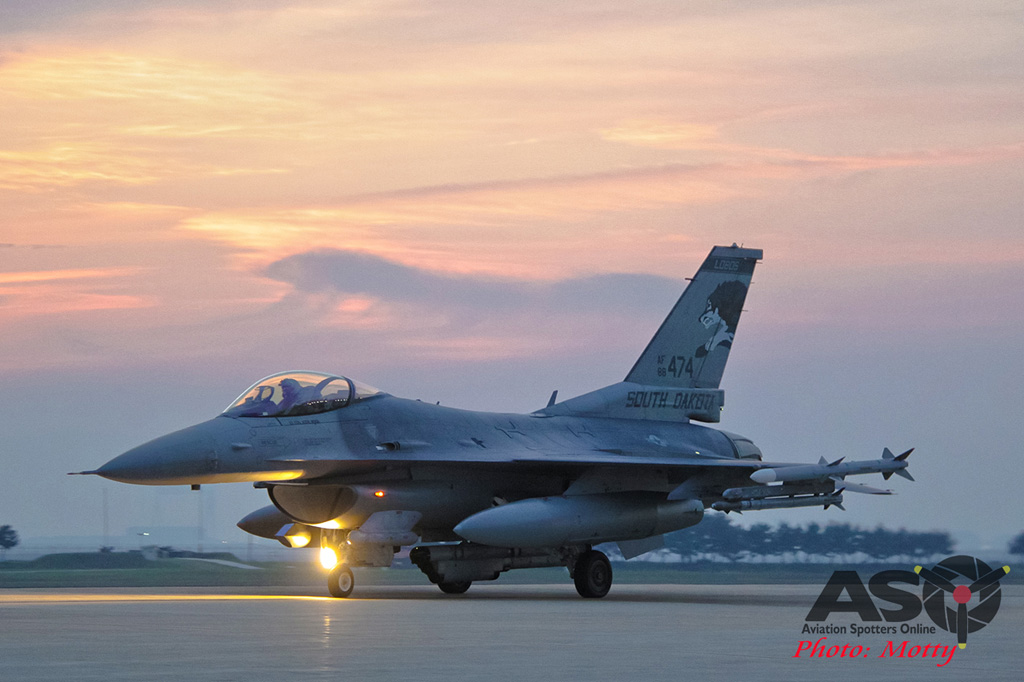 There were F-16s in every direction! During Aviation Spotters Online’s visit to the USAFs 8th FW at Kunsan Air Base (AB) in South Korea in June (Keep an eye out for that article too  😉  ), I was also able to witness operations by the 114th FW (Lobos) of the South Dakota Air National Guard (SD ANG) as part of the current Theater Security Package detachment hosted by the 8th FW. It’s an interesting co-incidence (from a spotter’s point of view at least) to see the two units operating together, as the 8th FW is known as the “Wolfpack” while the 114th are the “Lobos”, which is Spanish for Wolf, with suitably impressive artwork to that effect adorning the tails of their machines. Kunsan is the home base for the two squadrons of the USAF’s 8th FW along with the 111th FS of the Republic Of Korea Air Force (ROKAF). When you add in the presence of the 114th FW, along with a detachment from the 123rd FS ROKAF at Seosan, for Buddy Wing 15-4, then it’s just F-16 heaven!  🙂 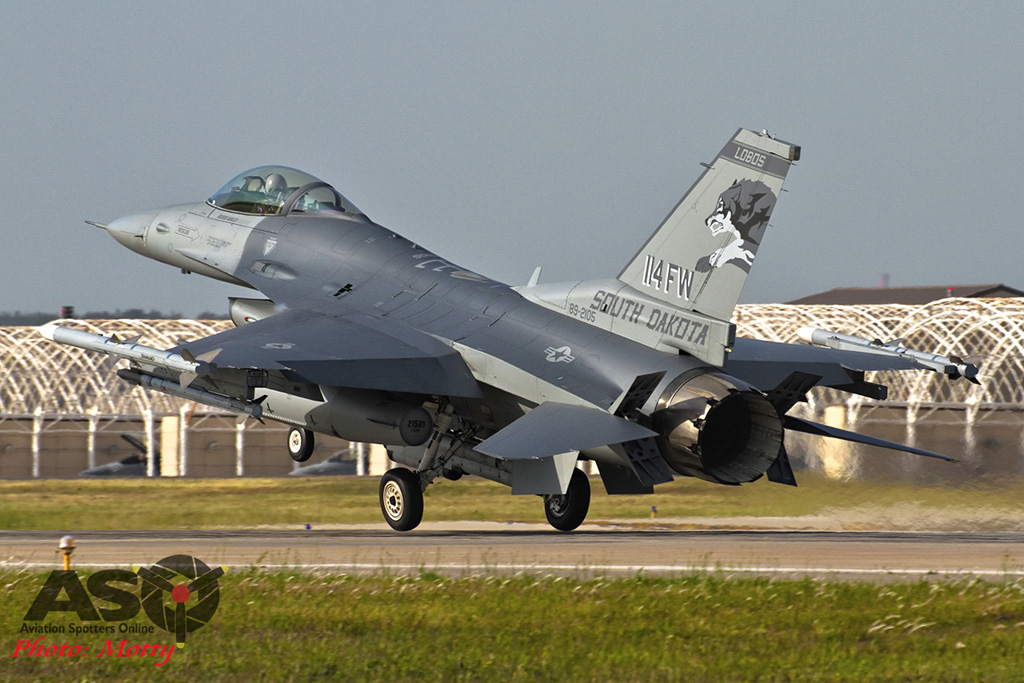 The Lobos trace their history back to the formation as the 175th Fighter Squadron (FS) of the US ANG in September 1946 (the same time that the Air National Guard was itself established as a separate command), equipped with the classic P-51 Mustang. Since then they have operated a variety of types including T-33s, F-94s, F-89s, F-102s, F-100s and A-7s before their conversion to their current mount, the F-16, in 1991 and, while a major mission of the ANG is to provide air defence of the United States, the unit has also seen active duty in recent conflicts. 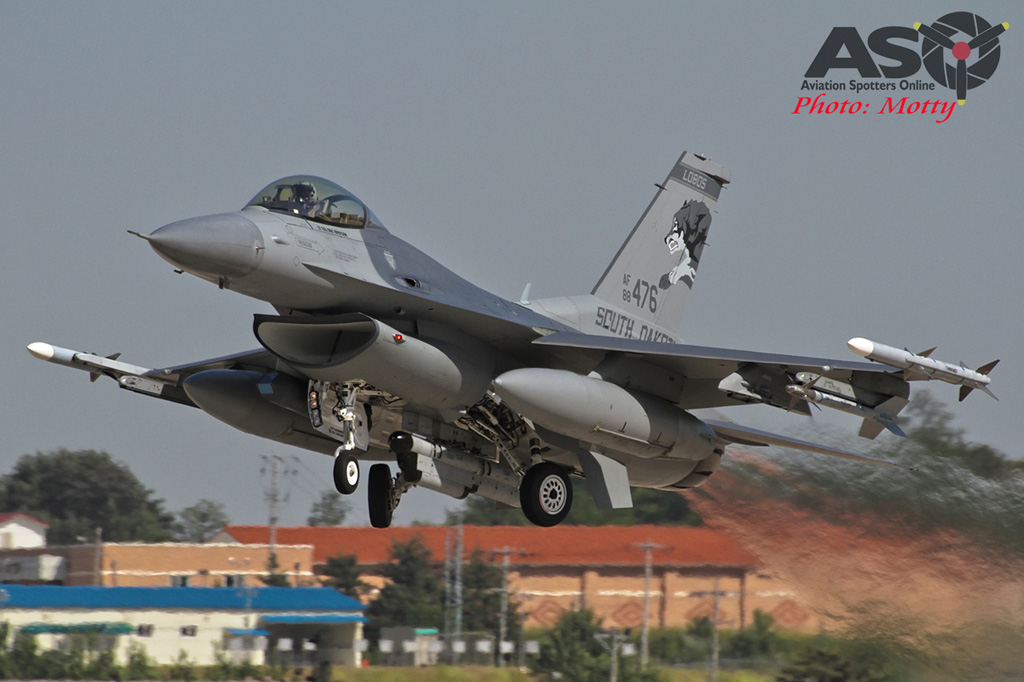 A Theater Security Package is an operation that sees State-side fighter, tanker, transport or other units of the UASF and ANG periodically rotated through regions of particular significance for between four to six months at a time, in an effort to provide their personnel with in-theater knowledge and experience through training with local forces (both US and Foreign) as well as bolstering the assets assigned to a particular area and presenting a demonstration of the US’s commitment to the support of those regions without the need to invest in the infrastructure that would be required for permanent units. Whilst the USAF has only relatively recently begun sending units to Europe as part of this program, there have been many such deployments in the Pacific (and particularly South Korea) since 2004. These rotations also benefit the host units in that it allows them to train and maintain their ability to accept and support additional forces as this is another key requirement for the 8th FW in particular during times of increased tensions. 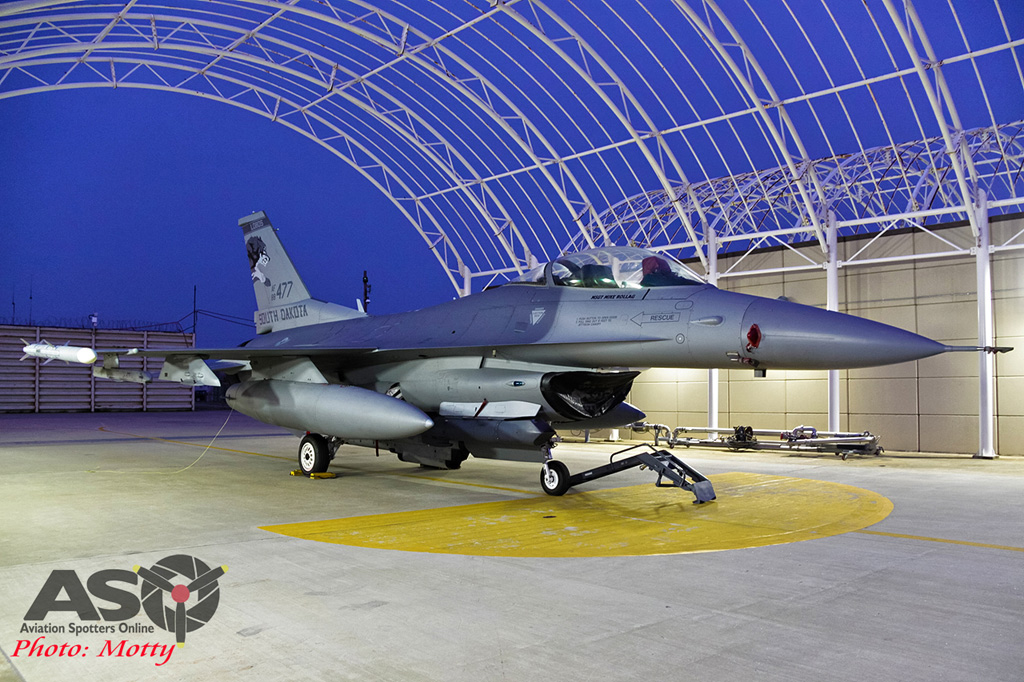 The 114th arrived at Kunsan, from their home base at Sioux Falls in South Dakota, in May and immediately began flying sorties (operating as the 175th FS) alongside their hosts from the 8th FW. The Lobos’ operations are integrated with those of the 8th to carry out joint missions covering all of the various profiles that they might be called to employ during a time of conflict in the area, such as air-to-air, close air support or SEAD etc. as well as gaining theater specific knowledge. Being at Kunsan gives the ANG crews the added benefit of also being able to train with, and learn from, the co-located 111th FS from the Republic Of Korea Air Force (ROKAF), as the ability to conduct combined missions with Korean forces is a vital part of operations in the area. 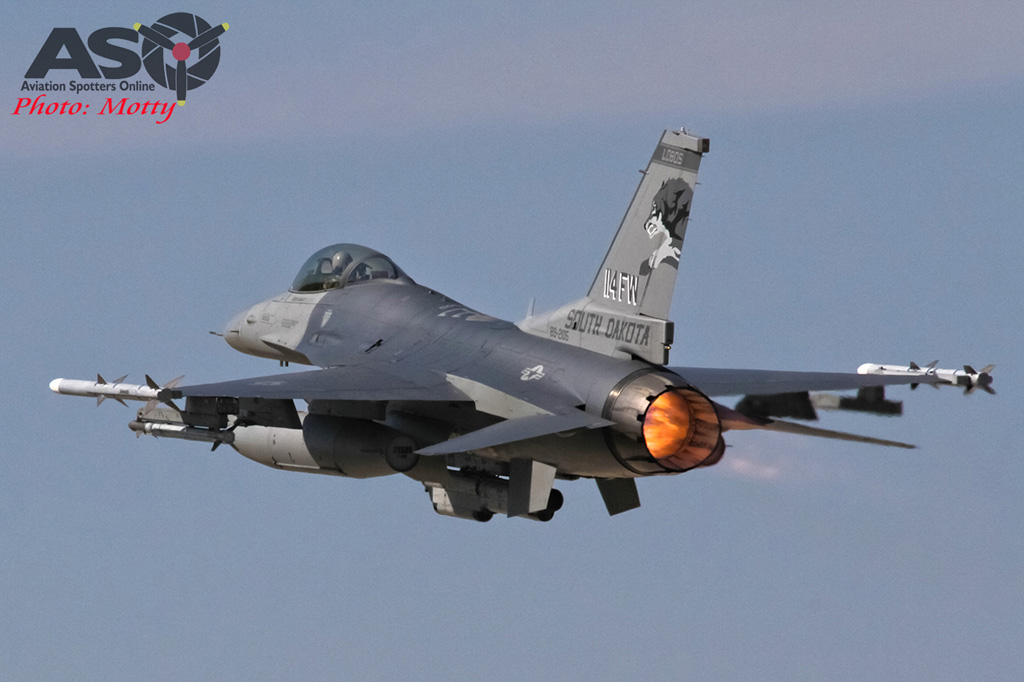 This is not to say that the learning will be all one-sided though. Indeed, far from it, as Air National Guard pilots and crews are themselves often very highly experienced and have served many years in the active USAF (including combat tours) before moving to the Guard and may have even served previous tours in Korea during that time too, so they will have a lot of their own experience and knowledge to pass on to the active units as well. It’s not just all about training though as, like all forces on the Korean peninsula, the Lobos must also remain prepared to mount active missions with minimal notice in case of increased tensions with North Korea which puts an added “edge” onto the day to day operations of the air and ground crews. 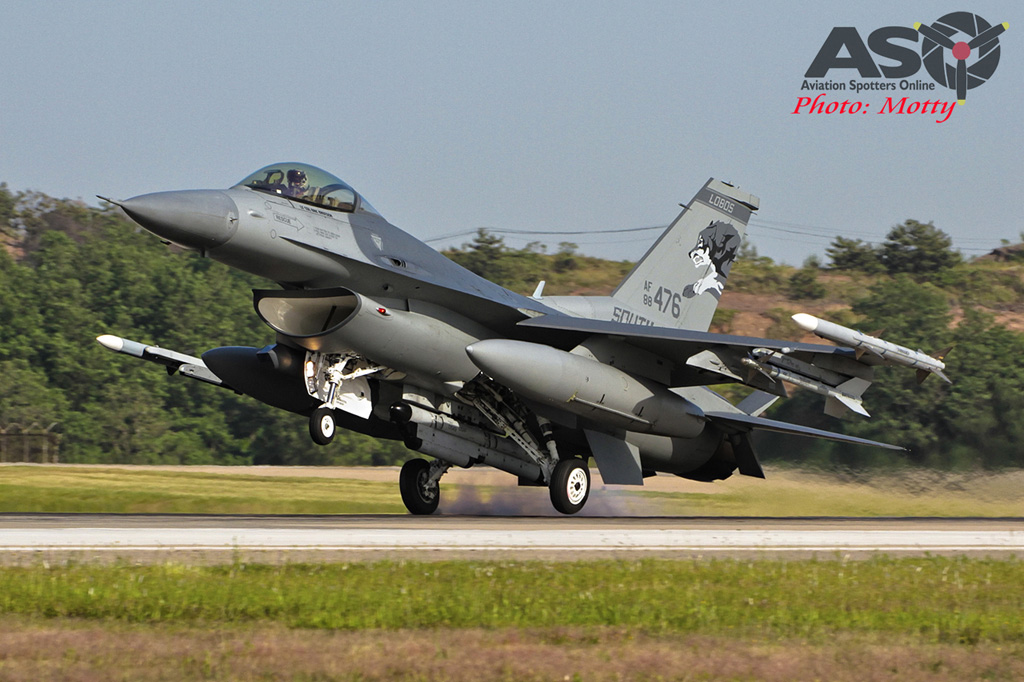 As mentioned, these rotations are usually several months long, which is a significant commitment for the units and personnel involved, so the Lobos will continue to form a key part of operations in the region for some time yet, after which, it will be the turn of another unit to get to fly (run?) with the Wolfpack. 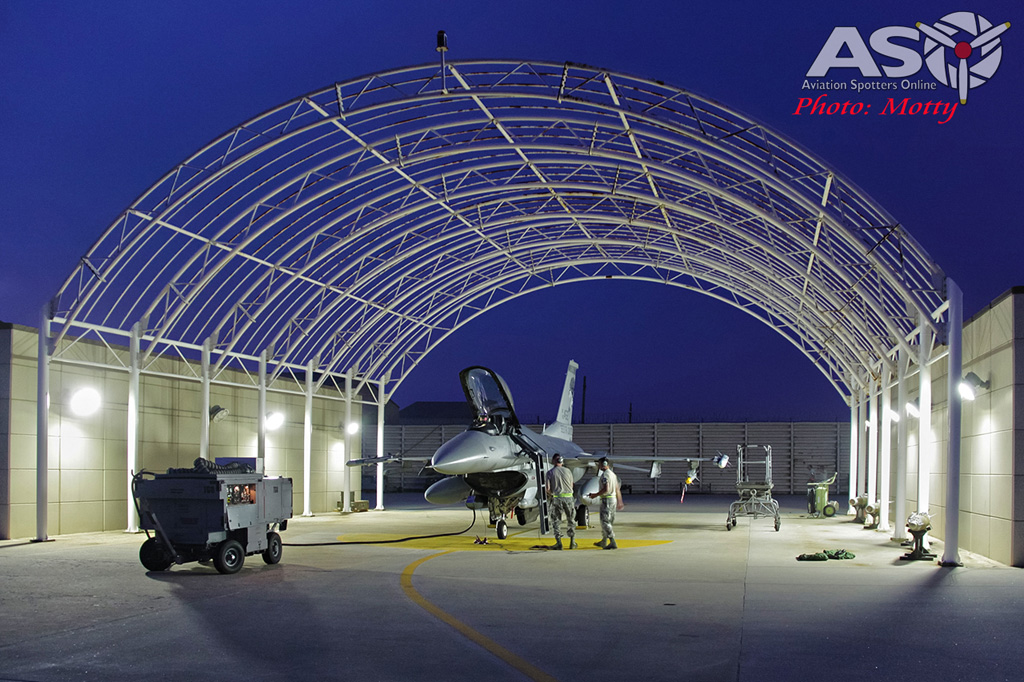 My sincere thanks to the men and women of the 8th & 114th Fighter Wings for allowing me the privilege of visiting Kunsan and being able to witness their daily operations.