The ‘Dream’ becomes reality in Perth. Antonov AN-225 visit. 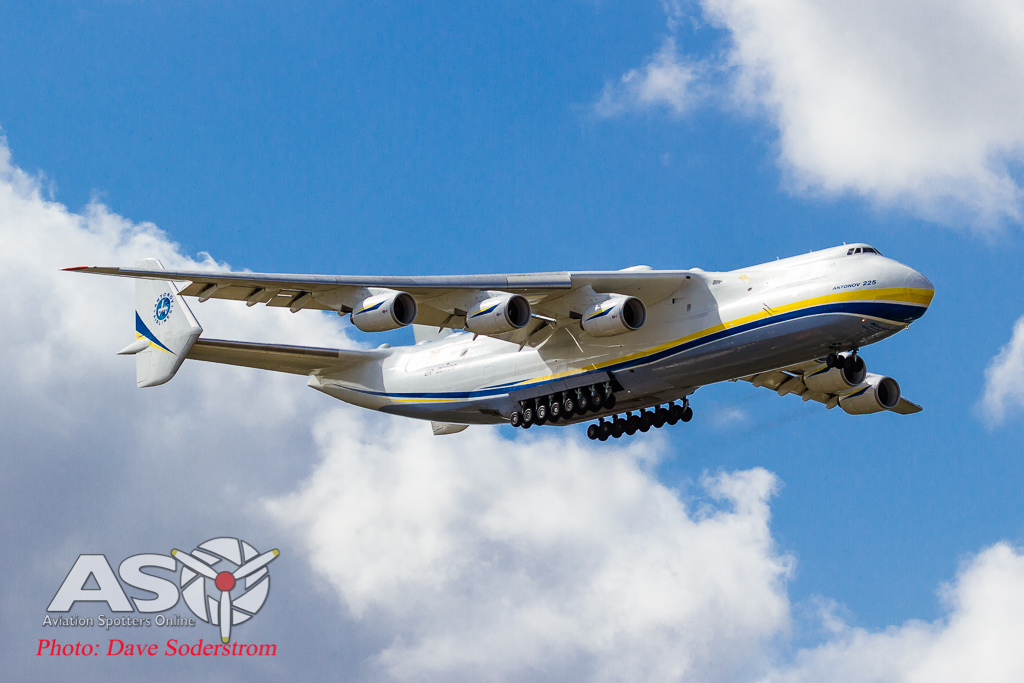 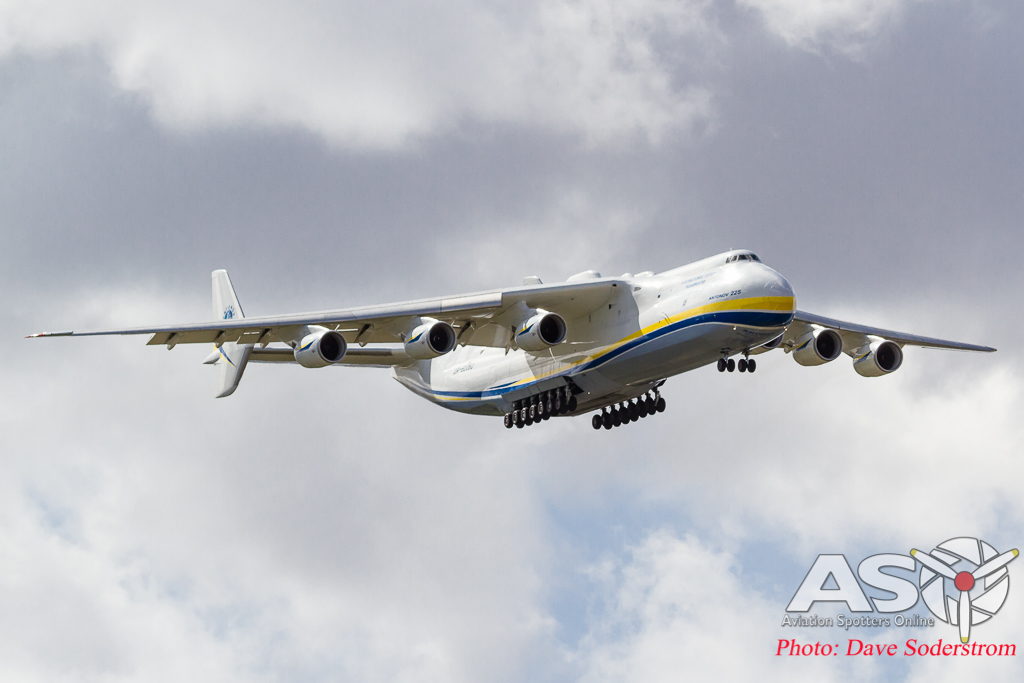 Antonov AN-225 rolling into Perth, Australia

The AN-225 was built by the Russians in the dying days of the Cold War to fill a requirement to transport the Soviet Buran Space Shuttle, in the same manner as the NASA owned Boeing 747 did for the American shuttle fleet. The aircraft first flew on the 21st December 1988. A development of the already proven Antonov AN-124 design. The AN-225 was to further stretch this design and adding two more Progress D-18T turbofan engines, which was only part of the unique features and specification changes achieved by the engineers. Two fuselage barrel extensions added fore and aft of the wings, root extensions to increase span on the wings. An increased capacity landing gear system with 32 wheels was designed, some of which are steerable, enabling the aircraft to turn within a 60 m (200 ft) wide runway. Like its An-124 predecessor, the An-225 nosegear is designed to allow the aircraft to kneel so cargo can be more easily loaded or unloaded. 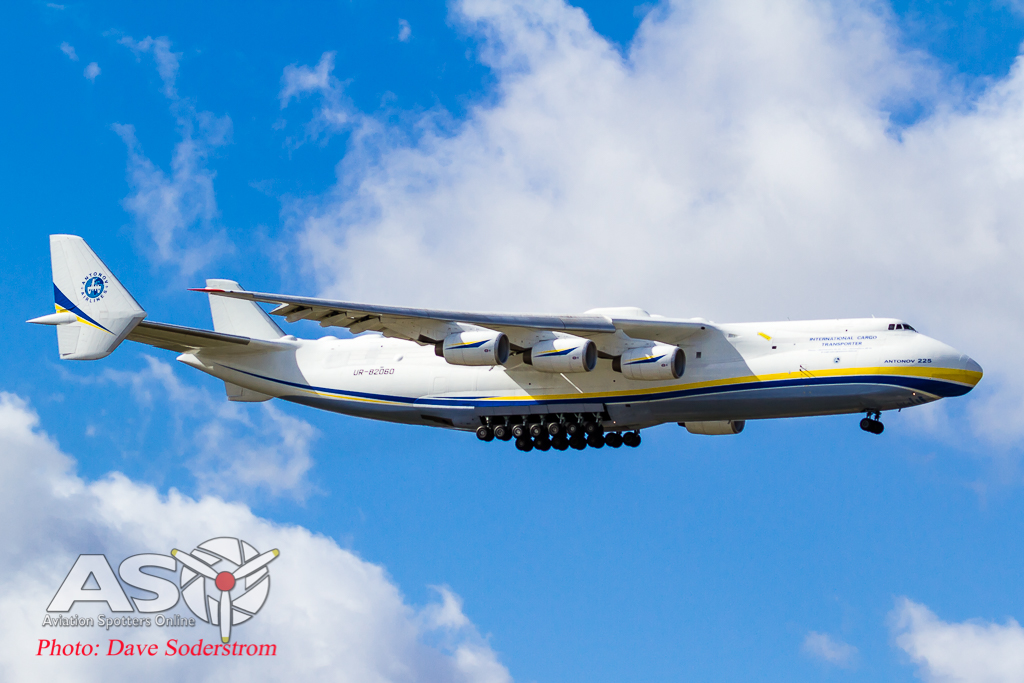 Unlike the design of the An-124 which has a rear cargo door and ramp, to save weight the An-225 design doesn’t have these. Also the empennage design was changed from a single vertical stabilizer to a twin tail with an oversized horizontal stabilizer. The twin tail was essential to enable the plane to carry large, heavy external loads that would disturb the airflow around a conventional tail.

The An-225 is the world’s heaviest aircraft, being heavier than the Airbus A380. This is backed up by the aircrafts records which include the following:

Today the aircraft is operated by Antonov Airlines in co-operation with Volga-Dnepr who are an operator of the AN-124. There was another AN-225 produced however this was never fully completed and is stored in the Ukraine until someone wishes to fund the over $300 million dollars required to finish the build.

Operated for many years by the Russians the aircraft was withdrawn from service in 1994 and placed in storage. Again like all good things you cant keep it down. The decision was made to reactivate the aircraft and engines were again reattached to the airframe and it was made airworthy in 2001. A nice change came for the aircraft in 2009 where a new colour scheme was added. The nice Blue, Yellow and White suits the airframe giving it a more modern appearance. 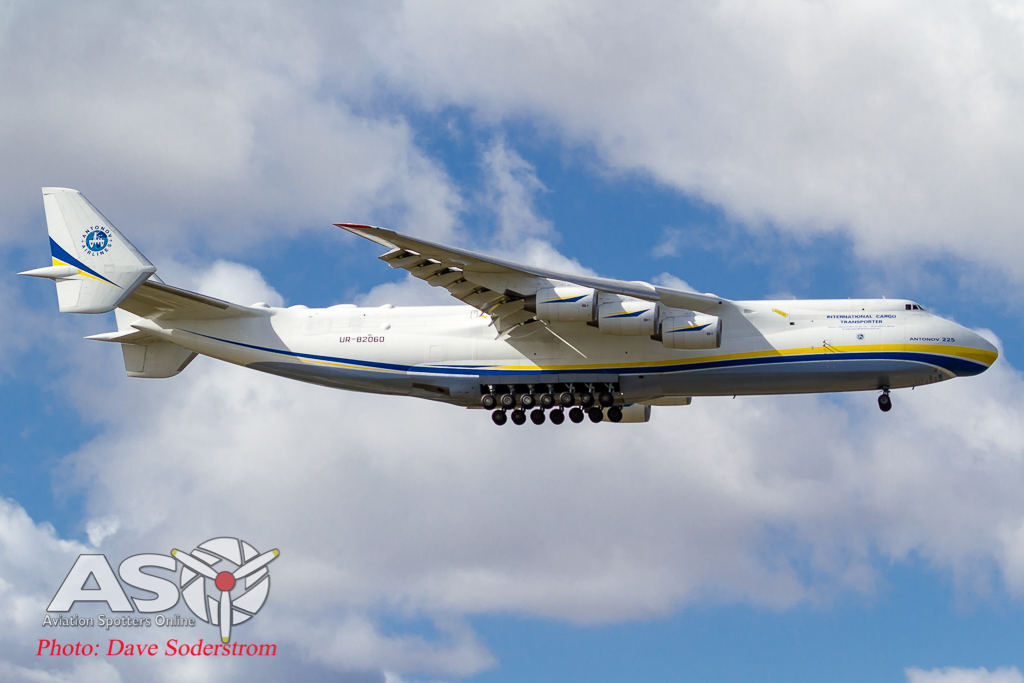 AN-225 arriving to much fan fare in Perth WA

It is estimated over 20,000 people had come to witness the event and special considerations were made by the staff at Perth Airport to accommodate them all. Food vans and road closures were all part of the large fan fair. The loud roar and applause by all watching it where this reporter stood was reassurance that everyone who had gathered were pleased to see, ‘The Dream’ 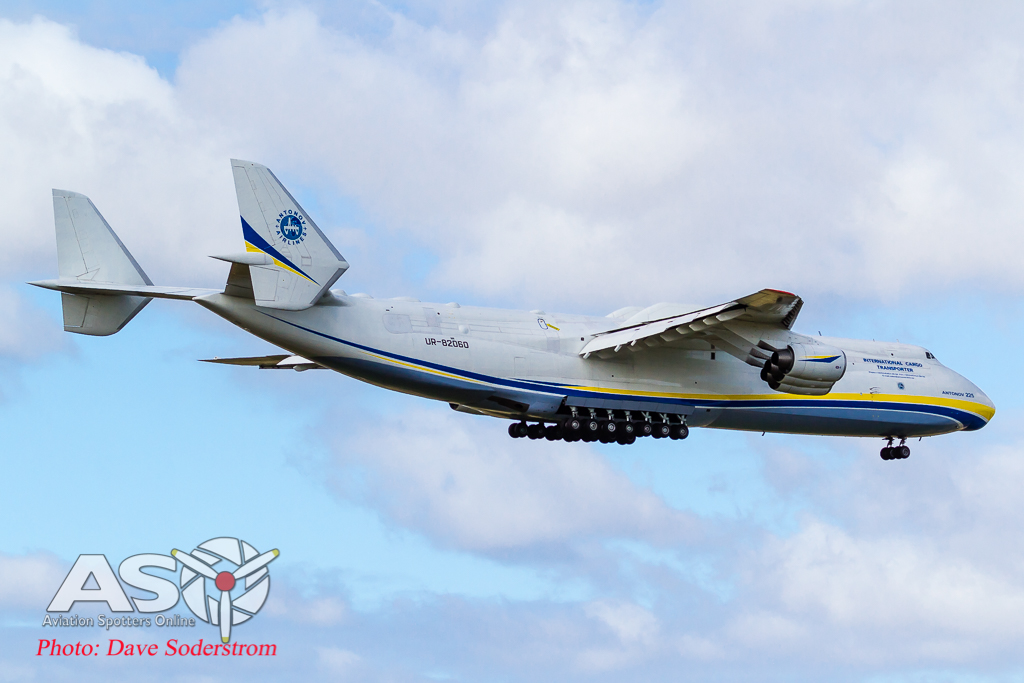 After arrival the aircraft was positioned on the remote stand for unloading of its massive cargo.

General characteristics of the ANTONOV AN-225 Mriya 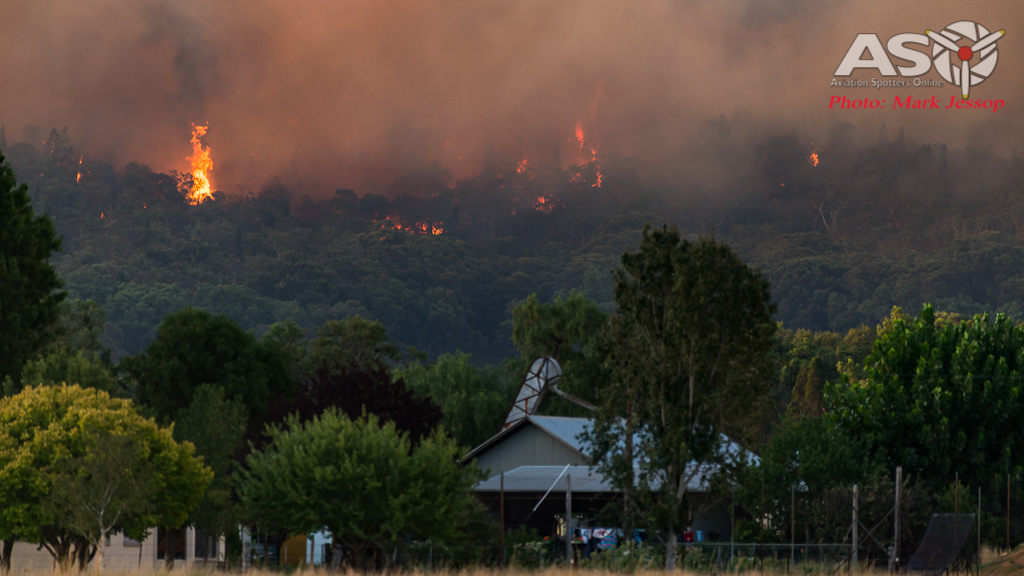 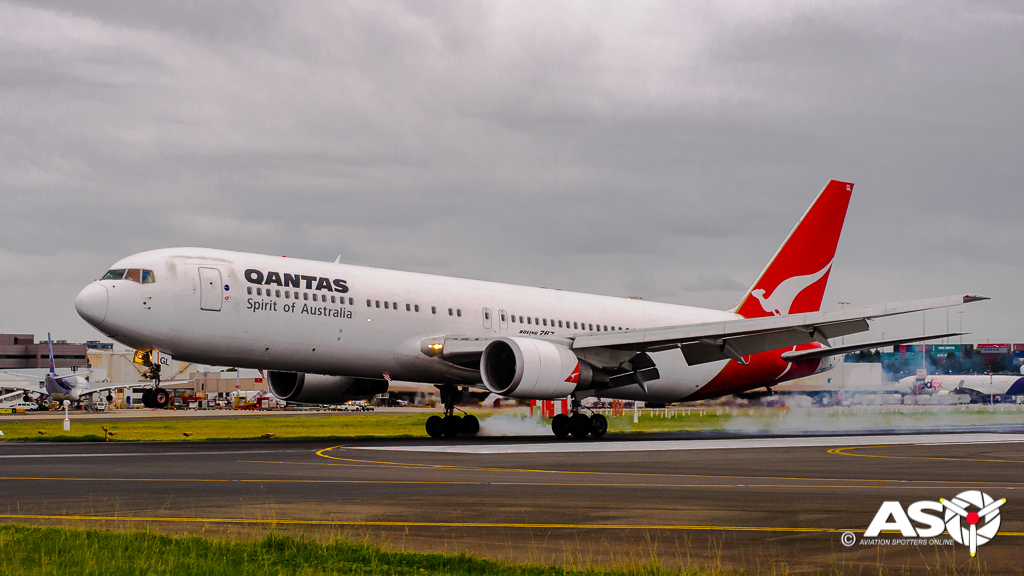 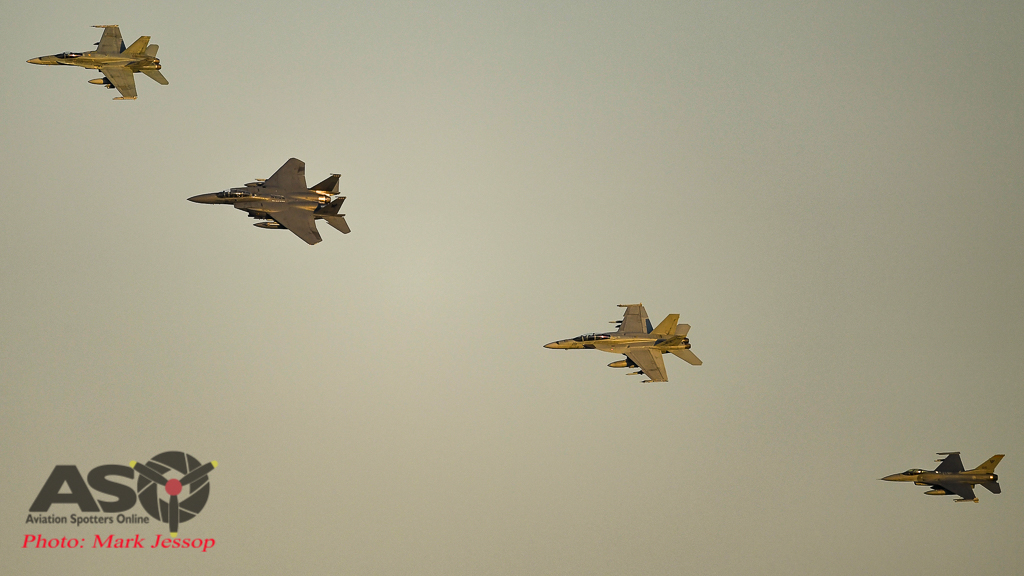 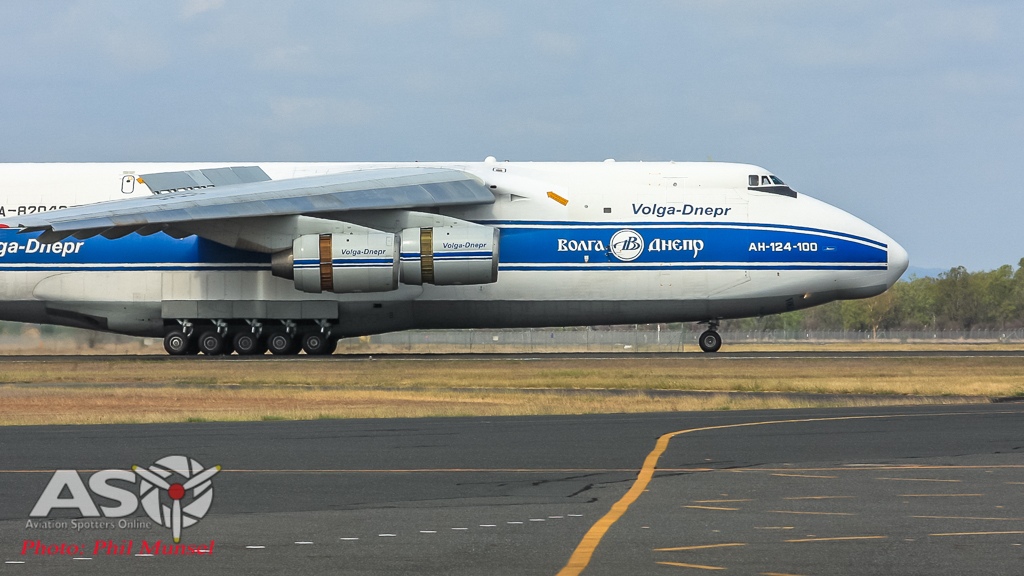