Back to the Future…..Ruslan returns to Avalon

When the rumour mill started turning earlier this year that an Antonov AN-124 might be coming to Avalon I’ll admit I was more then a little dismissive that this would eventuate. Not since the 1992 Airshow where the giant aircraft flew a jaw dropping display had there been a Ruslan at Avalon. 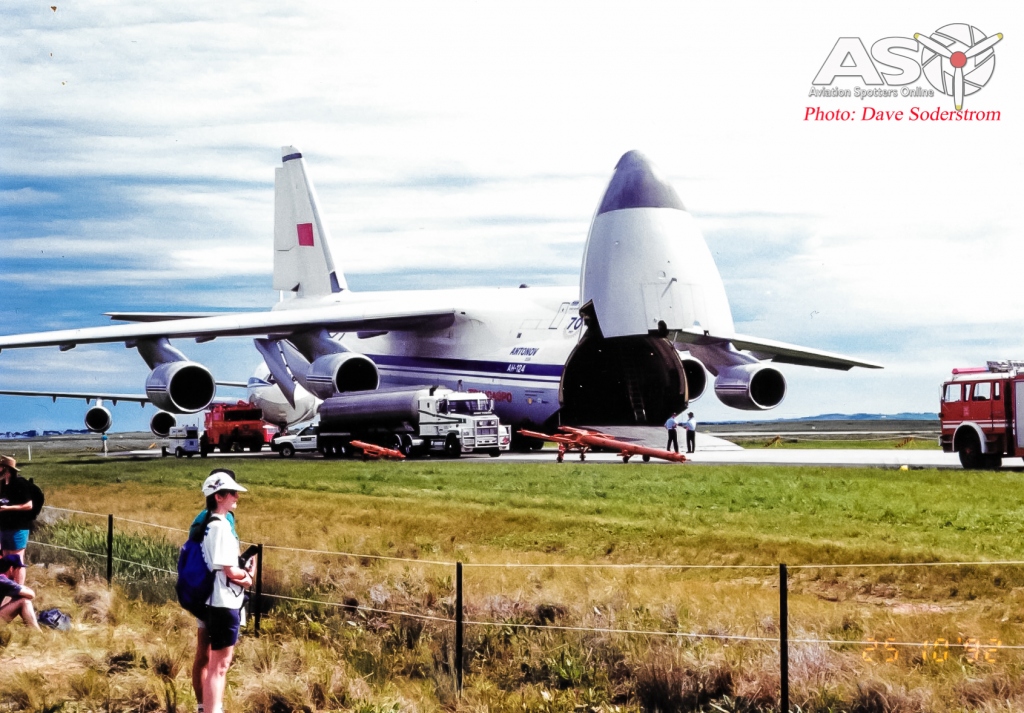 Fast forward to a month out from the Airshow and the confirmation that ‘yes the aircraft was coming’ was a pleasant suprise. Even better news was it would be bringing a Boeing AH-64E Apache to demonstrate to the Australian Defence Force as part of the Tiger ARH AIR 87 Phase 3 Armed Reconnaissance Helicopter Capability Assurance Program (ARH CAP) which is likely to turn into a replacement for the Franco-German helicopter.

So February 24th, at around 18:00 hours RA-82046 which is operated by Volga-Dnepr, Russia’s leading oversize and heavy cargo airline, arrived via runway 18 at Avalon. Volga-Dnepr was established in 1990 in Ulyanovsk, it was the first private airfreight company in Russia to provide commercial operations using An-124-100 Ruslan, freighters. The airline operates twelve An-124s along side five modernized IL-76TD-90VD freighters. The airline has a huge customer list providing oversize and heavy lift to companies including Lockheed Martin, Boeing, Airbus, Bombardier, British Petroleum, Exxon Mobil, British Aerospace, General Electric, and Ericsson Air Crane to name but a few.

Being an older design the aircraft is configured in a traditional analogue setup. The aircrafts cockpit will usually fly with a 4-6 compliment of crew, including pilot, copilot, navigator, senior flight engineer, flight engineer, radio operator and between  2-6 loadmasters. 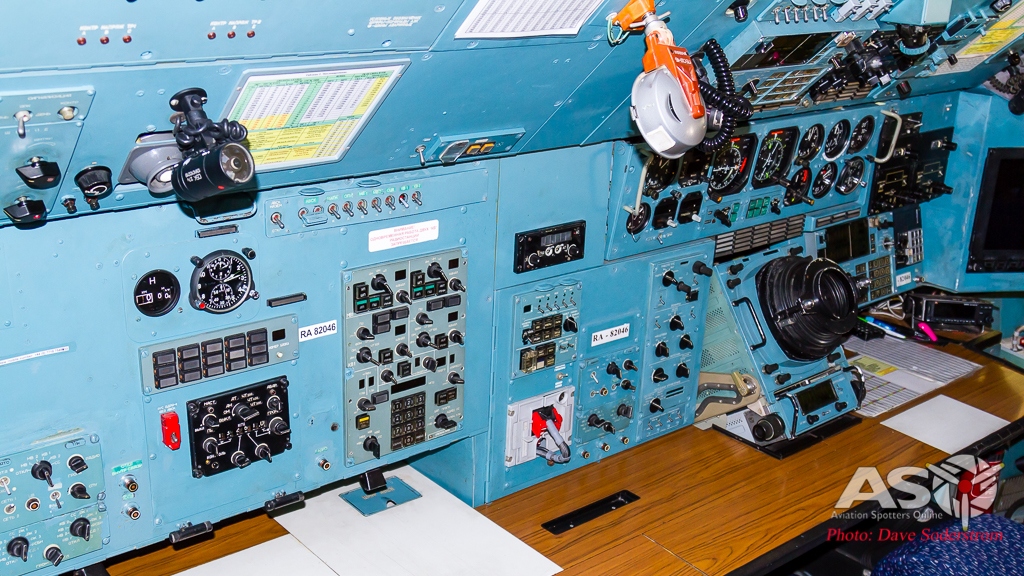 From the company’s own website they are proud to mention “Volga-Dnepr Airlines is a member to International Air Transport Association (IATA) and The International Air Cargo Association (TIACA). The company has been certified to service all stages of the full production cycle ranging from training flight crews and carrying out international flights to conducting all types of aircraft maintenance. Company’s maintenance standards have been approved by US, British and Canadian aviation authorities.” The airline has also won awards for its services including  ‘Best Cargo Charter Airline’. In April 2013, for the seventh time, the Airline won the Wings of Russia Award, Airline of the Year.

You’d be forgiven for thinking that the company would only fly Russian made aircraft. Yes they do have a fleet of twelve AN-124 and five IL-76s, however the airline also own two other divisions. AirBridgeCargo Airlines and Atran Airlines are part of the group and fly the Boeing 747 and 737s respectively on scheduled cargo flights. Sixteen 747 are flown in the latest 8F, 747-400ERF and 747-400F versions. The three combined airlines employ over 3,500 employees in nine countries across the globe.

The word Antonov for spotters is one which will ensure the cameras are out when there is one arriving. While Antonov charters aren’t rare they aren’t that common in Australia. The AN-124 can be seen in Darwin or Perth a couple of times a year, when the type does venture into the Southern states and territories it does bring the spotters out.

Over the course of 12 months we have seen many Antonov aircraft transit through the country as photographed by the ASO team. Here are some of the aircraft in action. 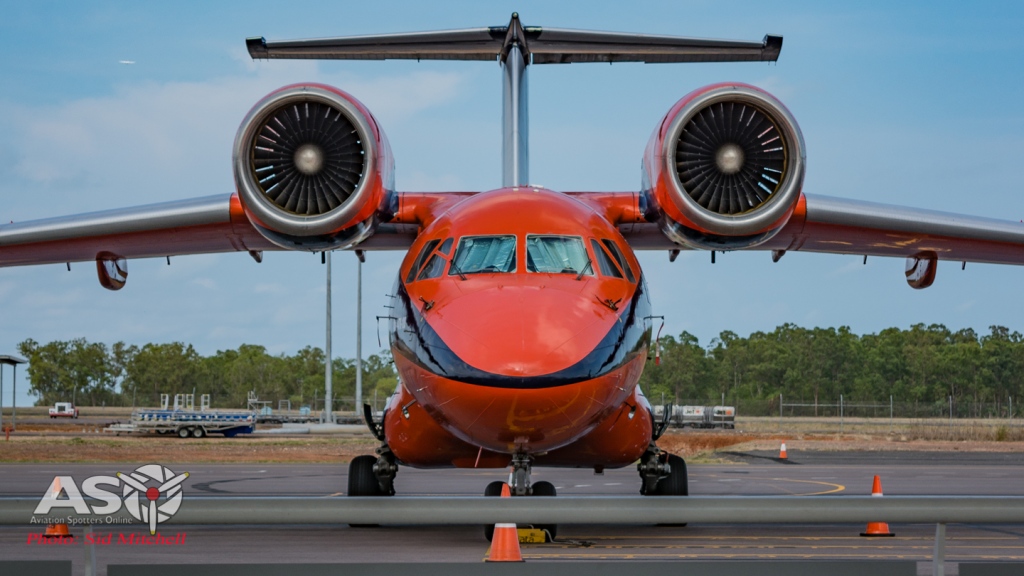 Volga-Dnepr elected to not only fly the Apache to Avalon, the company also agreed to exhibit the An-124 over the course of the airshow. I met the crew on the opening day of the Trade Show and was impressed by their hospitality and wealth of experience and willingness to show me their pride and joy. I would like to thank Ilya and Quentin for their absolutly amazing hospitality and also for the time the whole crew gave me during my time spent with them. Thanks very much. 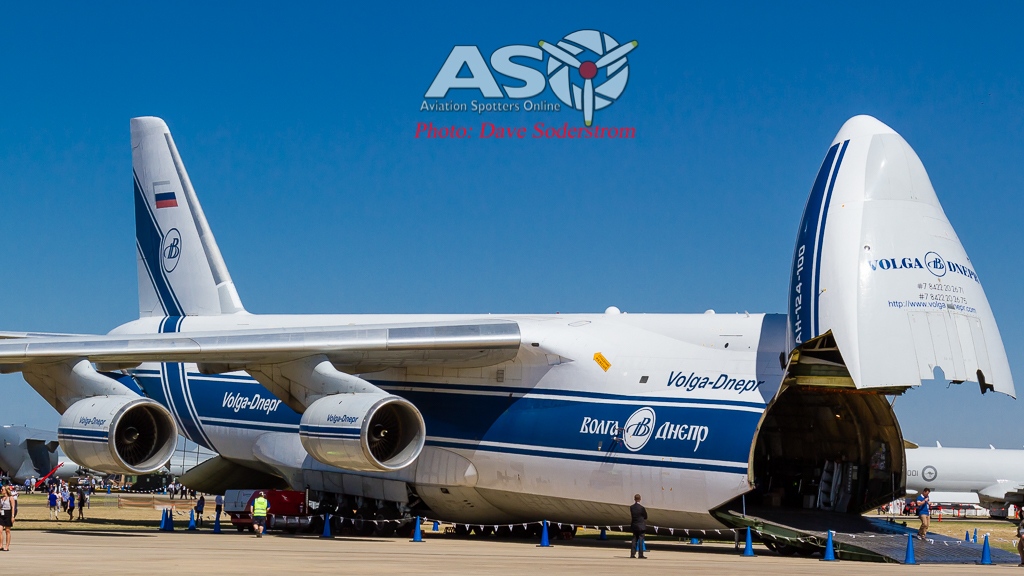 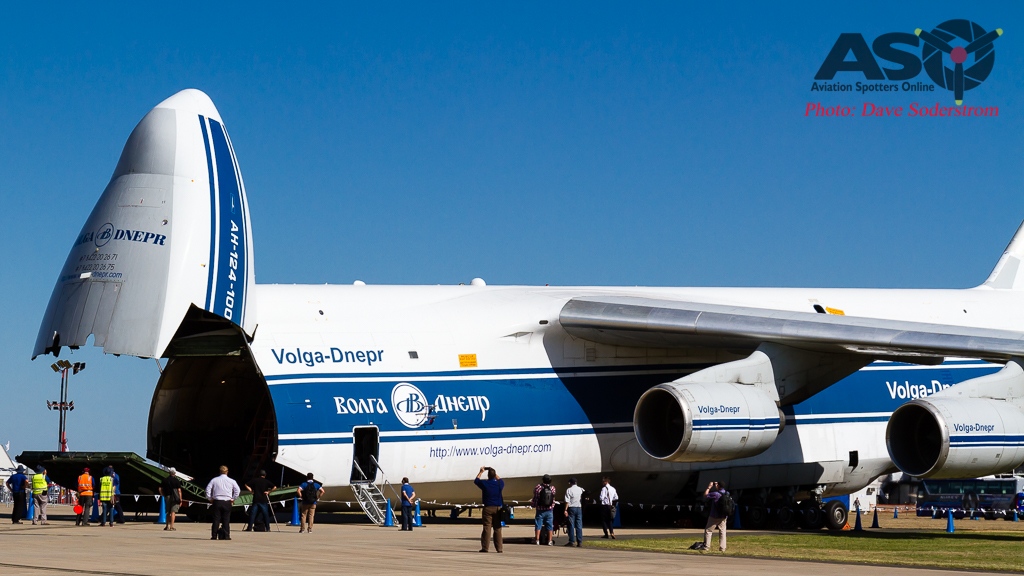 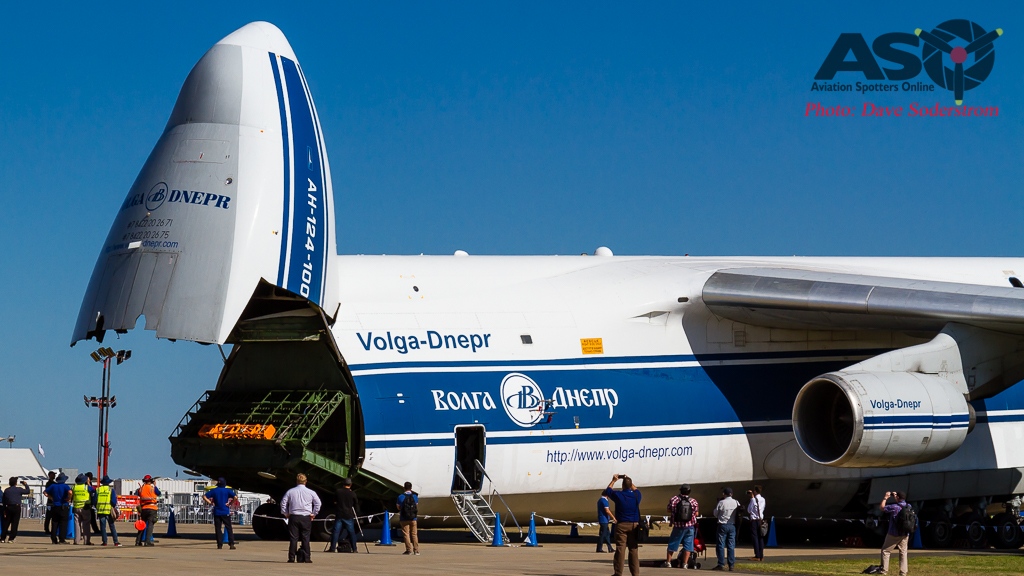 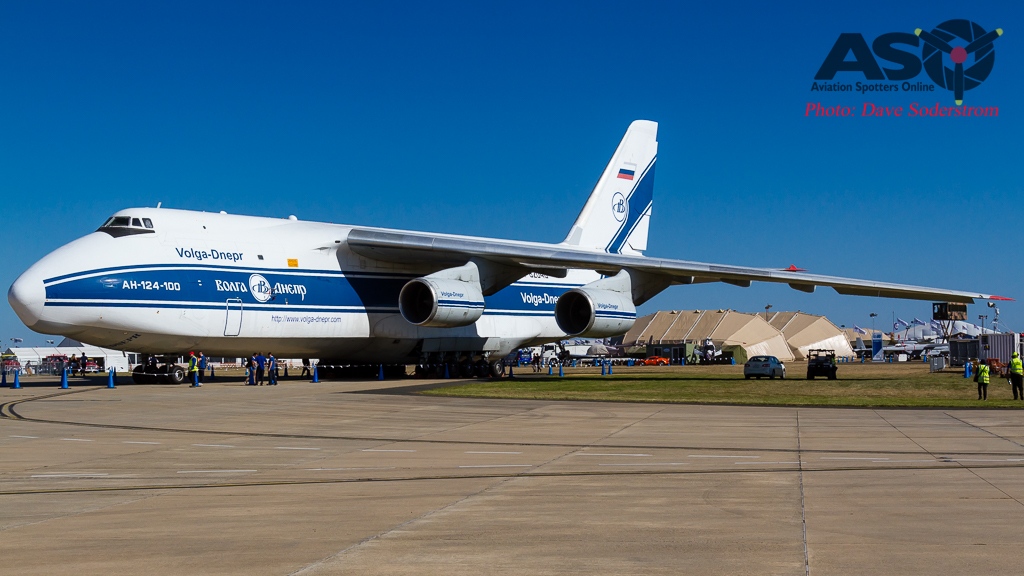