One of the Royal Australian Air Force’s premier biennial Large Force Employment exercises, Exercise Diamond Storm 2019, has been under way in the Top End since Monday 29 April, with aircraft operating from RAAF Base Darwin and RAAF Base Tindal in the Northern Territory. The United States Air Force is particpating as a one of Australia’s long term partners in the continuing Enhance Air Cooperation program between the two countries.

Exercise Diamond Storm is the culmination of all the lessons and tactics as part of the 6 month long Air Warfare Instructors Course 2019 (AWIC). It gives the tactical and integrated warfare experts a full hands on experience to demonstrate their recently honed skills learnt in earlier phases of the AWIC course. Exercise Diamond Shield and Exercise Diamond Seas are both stand alone exercises of the RAAF’s Air Warfare Instructors Course 2019. The exercises have progressively developed the students warfighting capabilities against aggressor aircraft such as the USAF F-16 Falcons and in the case of Diamond Seas, a maritime scenario utilising the Royal Australian Navy, Australian Army and RAAF assets.

This exercise offers not just fast jet crews top level challenges but those also in airborne platforms like the E-7A Wedgetail AEW&C (Airborne Eary Warning and Control) and P-8A Poseidon which is capable of land warfare missions as well. Control and reporting units such as 114 CRU, the Darwin based (but mobile) radar surveillance and air defence unit, with other ground based surveillance and air defence assets, are all integral to the exercise operations.

This years Exercise Director, Group Captain Matthew McCormack said the Diamond Series of exercises will enhance expertise leading up to the introduction of fifth generation capabilities into the Australian Defence Force (ADF).
“The course exercises complex war-like scenarios and the students put their newly developed skills into practice, making decisions which will shape the way Air Force fights in the future,”

The Royal Australian Air Force’s Air Mobility Group (AMG) deployed a number of aircraft to the Northern Territory leading up to the 29th, including the Airbus KC-30A Multi-Role Tanker Transport (MRTT), Boeing C-17A Globemaster III’s, and Lockheed Martin C-130J Hercules, prepositioning equipment and advance party personnel. These three aircraft types were also involved in specialist missions and support roles throughout the exercise and will provide post deployment support in returning everyone and their equipment back to home bases.

Representing the Royal Australian Airforce’s Air Combat Group (ACG) we have seen the arrival of No.6 Squadron EA-18 Growlers and No.1 Squadron F/A-18F Super Hornets, both squadrons having flown up from RAAF Base Amberley in Queensland. Supporting them in transit was one of the Airbus KC-30A MRTT’s from 33 Squadron, also operating out of Amberley.

From the other side of ACG, south of the Queensland border, we saw F/A-18 A/B Hornets from No. 2 Operational Training Unit (2OCU) at RAAF Base Williamtown arriving into Darwin for the last time in this exercise, along with No. 2 Squadron E-7A Wedgetails also from Williamtown.

No.77 Squadron Hornets deployed from Williamtown to RAAF Base Tindal as did the ADF contracted Dornier Alphajets from Top Aces and Special Mission Learjets from Air Affairs Australia and Raytheon. RAAF Base Tindal is also home to No. 75 Squadron who again have the luxury of not deploying and are participating out of their home base near Katherine. The exercise airpace is quite extensive, plus in addition, the Delamere Air Weapons Range to the S.W of RAAF Base Tindal plays an important role as a key target facility – both for attacking and defending forces. There are a number of restricted areas that are off limits to civilian air traffic during the AWIC2019 period including the Bradshaw Training Area which plays it’s role.

The United States Air Force (USAF) deployed the largest aircraft to operate during the exercise with a pair of Boeing B-52H Stratofortesses from the 23rd Expeditiary Bomb Squadron, 5th Bomb Wing, Minot AFB, Nth Dakota. The 23rd EBS is currently deployed to Andersen Air Base on Guam as part of the US Pacific Air Forces Continuous Bomber Presence (CBP) mission. B-52H 60-0060, ‘Iron Butterfly’ plus 61-0035, ‘Witches Brew’ have flown to Darwin to participate in the exercise, offering an additional aspect to mission scenarios.

The fighter element of the USAF are F-15C Eagles from the California Air National Guard’s (ANG) 194th Fighter Squadron, part of the 144th FW located at Fresno ANG Base in California. The 194th Fighter Squadron arrived with a mix of their own aircraft and some borrowed from the 122nd FS from Louisiana. It has been some time since the USAF has deployed F-15’s to Darwin but they have been straight into the action since arriving.

The lesser seen aircraft of these exercises are also represented again this year with the Royal Australian Air Force sending a Beechcraft KA350 King Air up to Darwin. This aircraft is one of a select few that have a surveillance belly pod fitted by Hawker Pacific.

Although the Orion has been officially retired from Air Force service, a couple remain with one Lockheed AP-3C Orion being observed in the Top End, yet another platform that still supports the Maritime and Land ISR capabilities, along side the current the P-8A Poseidon and future MQ-4C Triton.

Both Day and Night phases have been under way and there have been some spectacular backdrops for local photographers as the participants departed or returned to the exercise airspace around sunset.

Although Diamond Storm still has a week to go, there are more opportunities to capture imagery and speak with participating personnel, both air and ground operations, and we will bring that to you shortly. It takes the involvement of many Defence Force component units to run an exercise of this magnitude, their effort in making valuable contributions provide our front line warfare men and women the ultimate opportunity to be the best at what they do. It is also a great way to demonstrate interoperability with our exercise partners – demonstrating and building a cohesive force that can integrate in a many ways under different scenarios, including responding to natural disasters in the Pacific region.

I would just like to thank the Royal Australian Air Force Public Affairs Office for their time and effort that has allowed ASO to see behind the scenes of the Australian and United States Air Forces as they demonstrate the high tech skills of modern warfare.

For a huge gallery of pics so far, click on the gallery below. 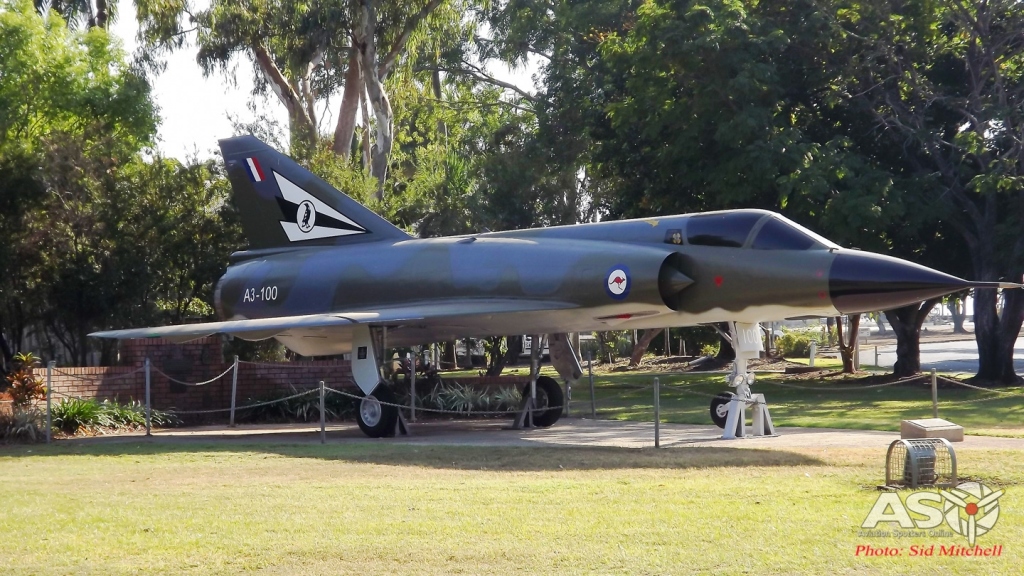