Yesterday saw China Airlines change its aircraft type to its Melbourne and Brisbane ports from the Airbus A330-300 to the latest generation airliner, the Airbus A350-941. Thus making all ports to Australia which includes Sydney, served by the Airbus A350. The airline has twelve currently in service. A further two are to be delivered.

Arriving on Runway 27 at approximately 12:03pm at Melbourne’s International Airport the carrier was given the traditional water cannon salute by Airservice’s, Aviation Rescue and Fire Fighting (ARFF) tenders. 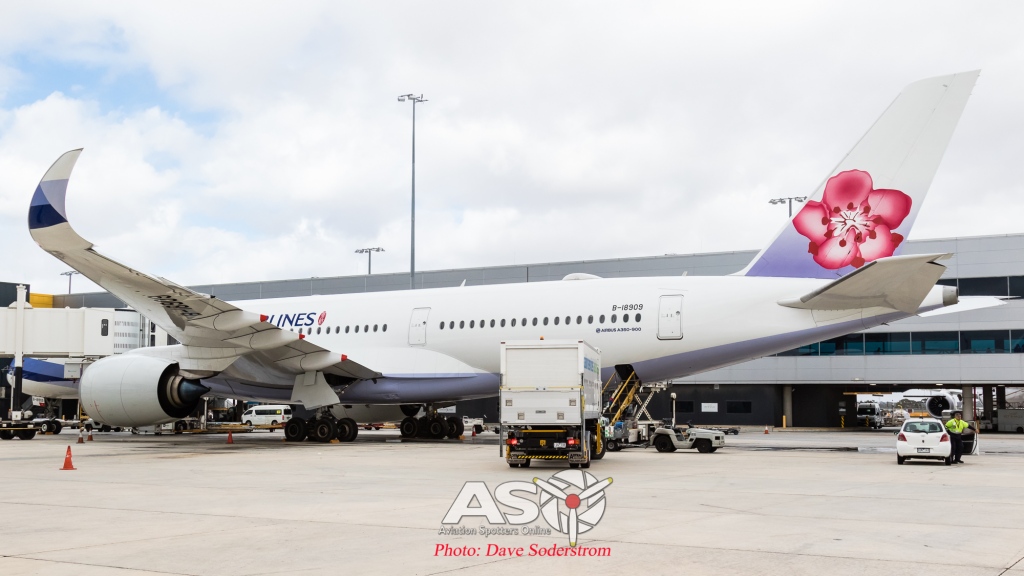 The Airlines’ Airbus A350-900s are configured with 306 seats.  Comprising of 32 in business class with direct aisle access for every passenger, 31 in premium economy in a 2-3-2 layout and 243 in economy at nine-abreast.

The airline’s return flight CI57 departed Melbourne at 2320 the same day.  China Airlines now joins Cathay Pacific, Singapore Airlines and Thai Airways which all serve Melbourne with the Airbus A350.

Who will be next? Will it be a home grown airline? Time will tell.

Again Aviation Spotters Online wishes to thank Melbourne Airport and China Airlines for its support in preparing this article.

Well the final races in the Coates Hire V8 Supercars Series were held in Newcastle last weekend over a great couple of days for Motorsport enthusiasts. For some of us though, the main attraction is not on the track but, rather, up in the sky, with a chance to see[…]

It might be a small country town an hour north of Melbourne however that didn’t stop the Kyneton Aero Club hosting the 2017 Airshow in a big a way! The Airshow was postponed from its original date in October due to to the poor weather at the time, thankfully the[…]

Set on a site established in 1941 ,HMAS Albatross is the home to the Fleet Air Arm or as most know it as; The Royal Australian Navy. The base has been home to units from the RAAF, USAAC, Royal Navy and even the RNZAF. So there is a lot of[…]