After the major success of the 1988 Bicentennial airshow held at Richmond Air Force base in the New South Wales Hawkesbury region, anything that was to follow would be hard to beat. The sight and sounds from all sorts of aircraft types from across the globe. With examples of F-111s preforming the famous Dump and Burn, QANTAS 747-338 low passes USAF F-15 High energy demonstrations, Massive transports from the USA C-5 Galaxy and Russian AN-124, it really was a feast for the eyes for aviation enthusiasts.

Following the Richmond show it was decided that a biennial event should be held, however the logistics of holding the event at Richmond wasn’t feasible. The then Victorian Premier, Mr Jeff Kennet, realised there was a demand for a industry based aviation trade show with a public airshow attached and, in 1992 the First Australian International Airshow was held at Avalon airport near Melbourne in Victoria.

Members of the team behind ASO have been attending the airshow since its inception and we thought that the airshow deserved its own story owing to the fact that soon, we will once again be turning our heads to the sky and watching aviation from the past, present and future in the skies above Avalon Airport.

The event is a major draw-card for the state of Victoria with over 200,000 people attending the 2015 event.

As the event is now staged for the thirteenth time, the team at ASO would like to share some of our favorite memories from Avalons past.

Having been to every airshow since 1992, it’s become something of a biennial pilgrimage for me. I can remember my Father coming to wake me up for the first one, I was so excited to be going that I was already up, dressed and ready to go. Even today it’s the same, wake up really early, head down to the airport and soak up the atmosphere.

Some of the highlights for me over the years would include the Antonov AN-124 and its very impressive display in 1992, the roar of the USAF RF-4C phantoms at the start of the airshow in 1995 and watching aircraft like the Su-27 and F-22 perform maneuvers which an aircraft shouldn’t be able to!

I think that we the public have been extremely privileged to see so many aircraft types at the airshow over the years, many of which are no longer flying. Examples like the RNZAF 727 and A-4 Skyhawks, RAAF F-111, HS-748 and 707, the RAF’s Nimrod and USAF Phantoms, and having been able to see and photograph these is a real treat. I’ve been to almost every show…..and for most I have taken my father along with me.  I’ve always loved that Avalon appeals to such a broad range of people….there is literally something for everyone. As someone who has now worked in the aviation industry for over 6 years I love the trade days and the huge effort that goes into providing a world class trade event.  I can spend hours in the halls looking at the latest news and products from such a wide spectrum of the industry. 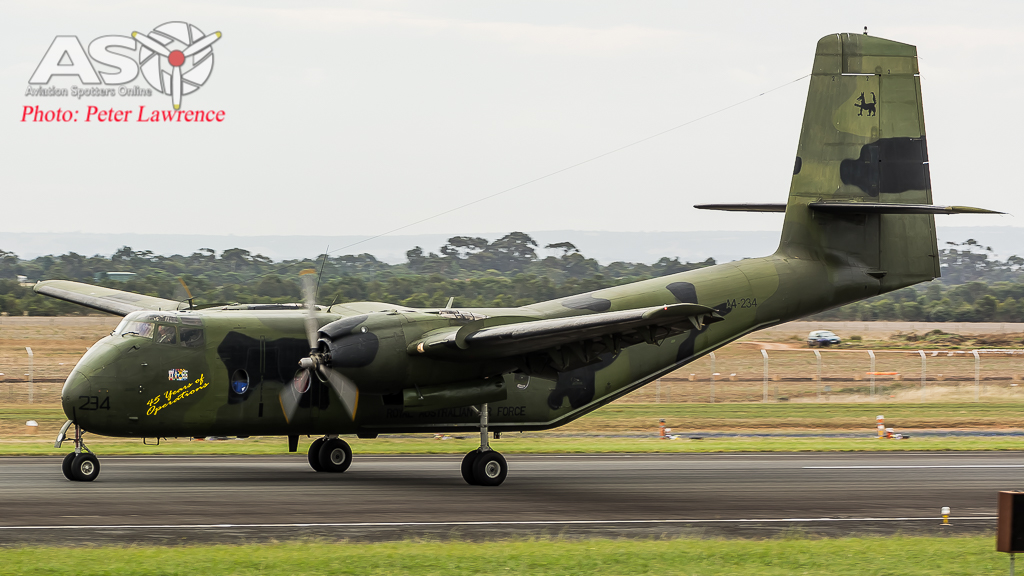 But of course I still love the flying displays, those which make the show so memorable! 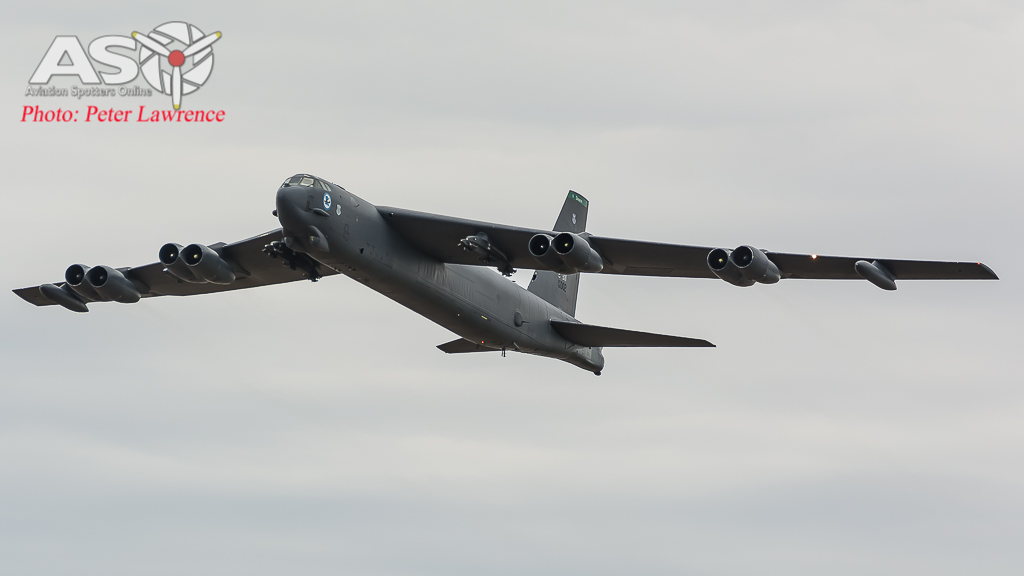 I’ve only been taking photos for the last few years though so my pictures are from the last show, the 2015 Australian International Airshow. 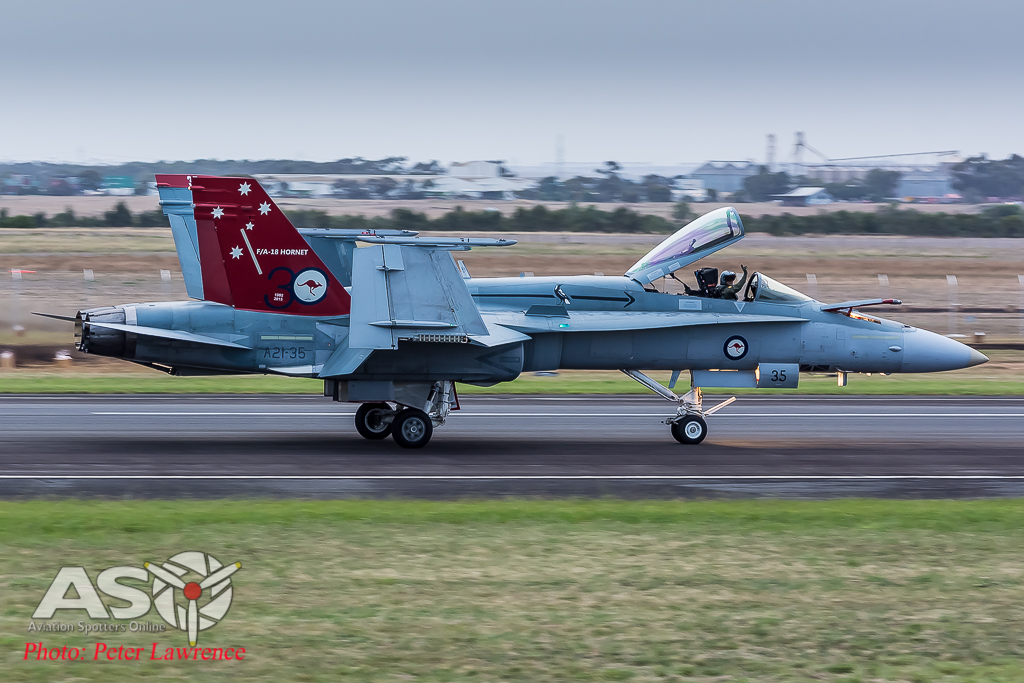 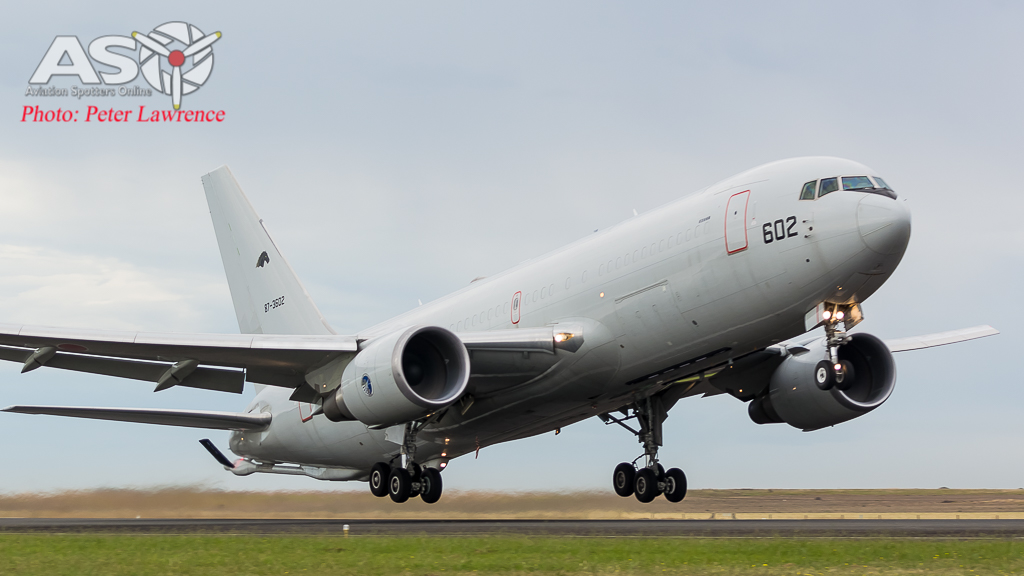 Being a Geelong boy its kind of my home town airshow so its always good to get back there.

In 1992 I was in my final year at High School and getting ready for my HSC but as luck would have it I was invited down to the first Australian International Air Show at Avalon by family friends. My role at the show was to drive pilots to aircraft or any other VIP’s around which gave me very good access to parked up aircraft. I was still very new to photography but loved aircraft. While my standard was very low I do remember that it was an awesome show.

It would take another 23 years before I would have the chance to come back to Avalon to enjoy the show and I hoped I had learnt a thing or two in that time on how to get a better photo. The line up was very impressive and for me the show was awesome but something that I didn’t think would impress me as much as it did was the World War One aircraft. To see this many old school aircraft in the air at once right above you was awesome, the sounds and sights had to be seen to be believed. It was also the Temora based CAC Sabre would put on a public display for sometime so this was also high on my list of displays I needed to see. As luck would have it I got to be in a helicopter shooing Air to Air of the display and after many years capturing this jet it was one of those happy but sad moments. Bring on 2017.

I remember my first Avalon show, back in 1995 well, not least because I was there as support crew for one of the flying attractions, MiG-21UM, VH-XXI. Operating from the fast jet flight line, we were in the midst of a wonderful lineup of RAAF Hornets and Kiwi and Singaporean Skyhawks. The Russians had a strong presence with a few larger types and, undoubtedly the star of the show that year, Anatoly Kvochur and the incredible Su-27 Flanker. 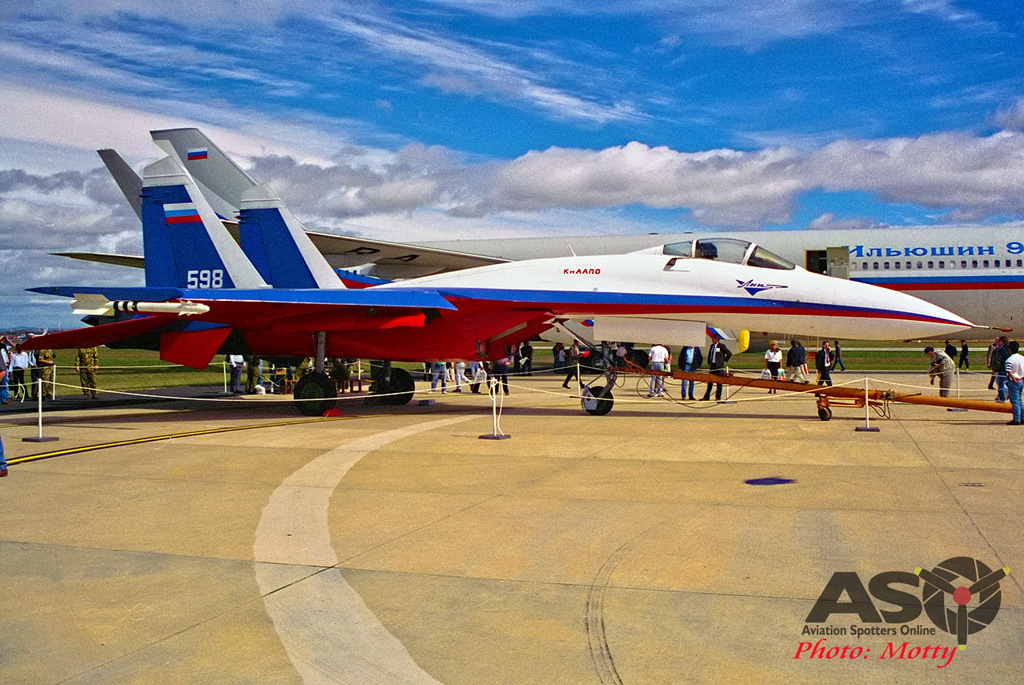 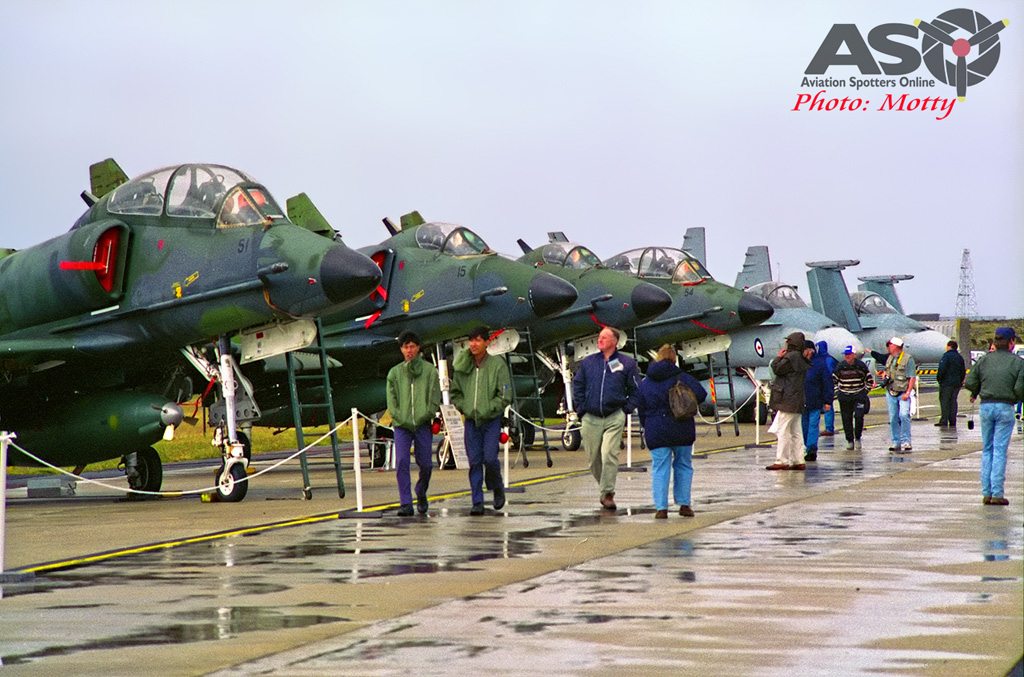 Then, of course, there were the Phantoms! As an avid Phanom-o-phile, but never having seen an operational one in rea life (that I could remember), I had been aware that there was a detachment of RF-4Cs  from the Nevada Air National Guard at Amberley at the same time that Avalon was on and was hoping like mad that they might send one to the show. Imagine my absolute delight to arrive at the show one morning to find out that, not only had they sent two, but the one slated for some flying appearances was parked just a few meters away on the flight line with us! 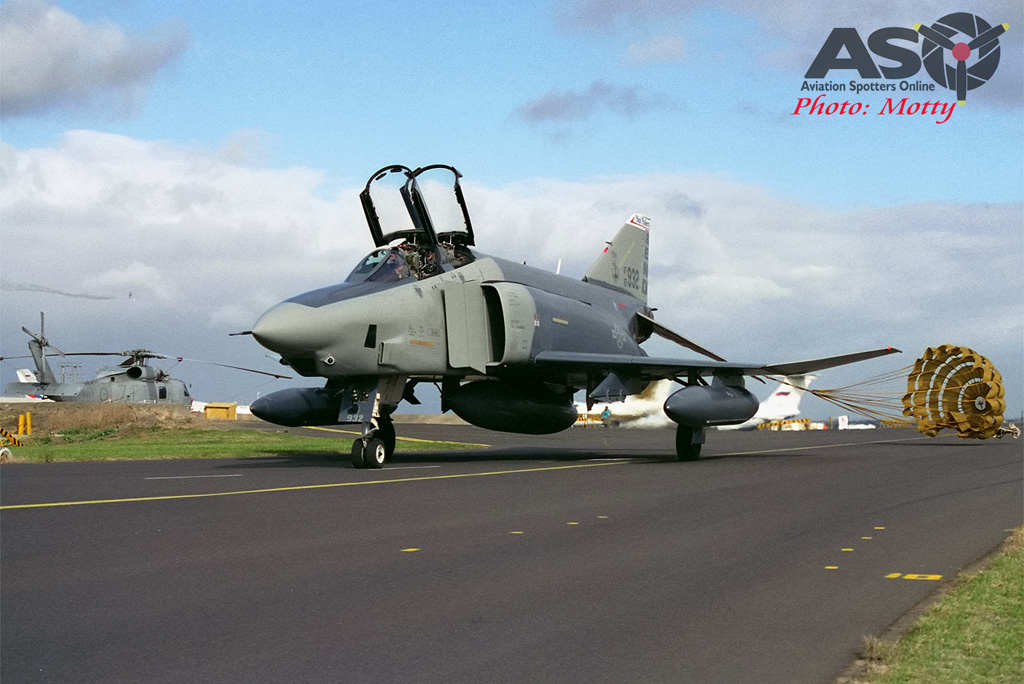 It was an incredible week of great displays and experiences. The RAAF Hornets and F-111s, airfield attacks by the Kiwis in their A-4s, the water-bombing displays by the Russians in their Il-76, the awesome displays from the Singaporean A-4SUs fitted with the more powerful F-404 engines, Phil Frawley putting our MiG through its paces, the incredible Su-27 and, of course, the chance to actually see an F-4 fly for the first time. An awesome week, topped off by taking part in the last display by VH-XXI on the Sunday afternoon as self-loading-ballast. 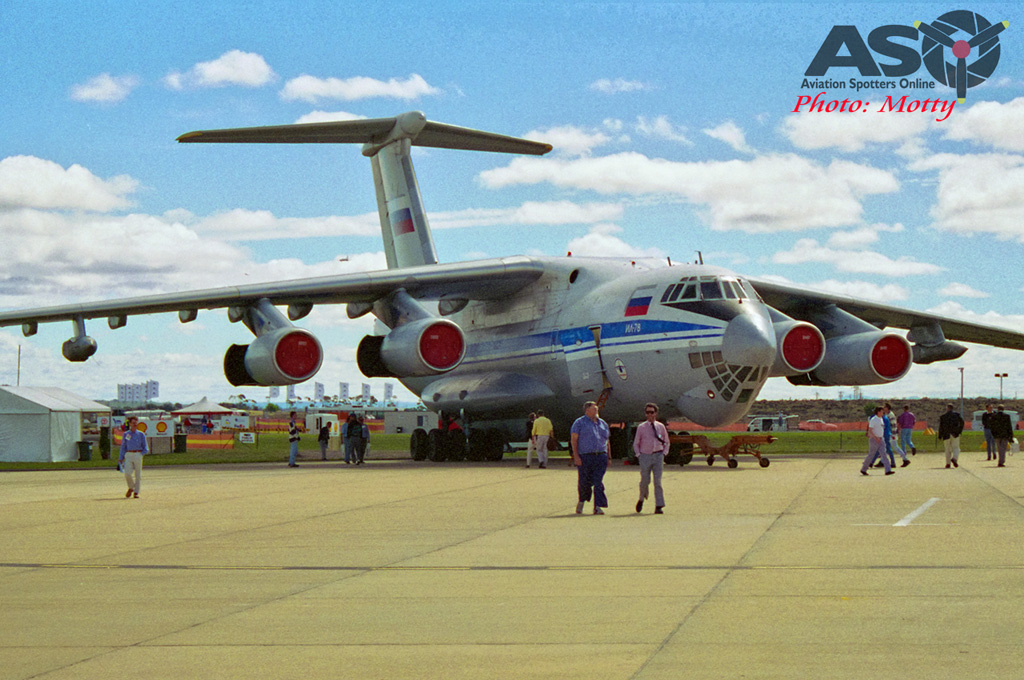 My only other visit to Avalon was during one of the trade days in 2007 where we were treated to an incredible display of agility by the Italians in their C-27 Spartan demonstrator. It must have worked too as ten years on we will see the first appearance of the RAAF’s new C-27J at the show in 2017. It remains to be seen however, whether the RAAF’s display (if there is one) will be as adventurous as the Italian test pilots a decade ago. There was also a strong presence from US forces with F-15s, F-16s, Super Hornets and an E-3 AEWAC. Another interesting comparison historically as this year the RAAF will have its own Super Hornets on show (including the brand new EF-18G Growler versions) and its own AEWC capability in the E-7 Wedgetail. There is also slated to be another strong presence from the US with F-22s,  F-16s, B-1B, KC-135, C-17 and P-8 Poseidon.  Add these to the announced list so-far of an example of every type in the ADF inventory, Singaporean F-15SGs, KC-135 & C-130, RAF A-400M, JASDF KC-767, RCAF & RNZAF C-130s and Armee De L’air (French Air Force) CN-235, alongside civilian performers such as Skip Stewart & Jurgis Kairys, Australia’s own Paul Bennet Airshows & the Sky Aces, the Southern Knights, Johan Gustaffson, Bob Carlton,  HARS, Temora and many other warbird and private types and this year is shaping up to be another one for the history books. 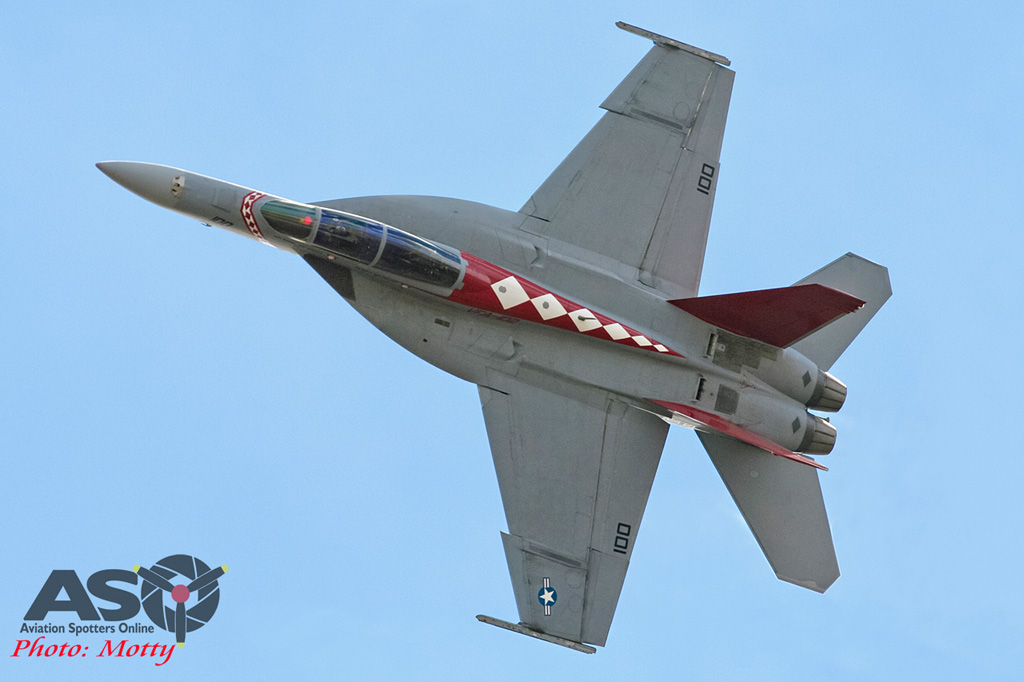