The following Fleet Air Force units of the Japanese Maritime Self Defence Force units are based at NAF Atsugi:

The Unites States also has a presence at the base, although much less then it previously had.

The Imperial Japanese Navy constructed the base in 1938 to house the 302nd Kokutai, one of the Navy’s most formidable fighter squadrons during World War II. Aircraft based at Atsugi shot down more than 300 American bombers during the fire bombings of 1945. After Japan’s surrender, many of Atsugi’s pilots refused to follow Hirohito’s order to lay down their arms, and took to the skies to drop leaflets on Tokyo and Yokohama urging locals to resist the Americans. Eventually, these pilots gave up and left Atsugi.

After the end of hostilities the United States took up residence at the base. The USAAF 3d Bombardment Group moved in on the  8 September, before they were replaced by the USAAF 49th Fighter Group on 15 September which handled the initial clean up of the heavily damaged airfield along with the 1539th Army Air Forces Base Unit to provide station facilities. Flight operations were restored by October which allowed the P-61 Black Widow-equipped 418th Night Fighter Squadron to operate from the airfield to provide air defence over the area, along with the P-38 Lightnings of the 49th Fighter Group.

In later years the base became host to many types including, the Lockheed U-2 spy plane, United States Marine Corps operated F8U-2 Crusader, McDonnell Douglas F-4 Phantom II, Boeing F/A-18E Super Hornets operated by VFA-115 and VFA-195 and the EA-18G Growler-equipped VAQ-141. Most American squadrons have since departed the base leaving just three squadrons being hosted today.

One of the highlights from my trip was the chance to see the latest in Japanese Anti-Submarine and patrol aircraft the Kawasaki P-1. We arrived early in the morning on a low cloud base day. The weather was a lot colder then the previous visits. However the weather didn’t stop the action in the skies above. A full day at the base where there is some of the best spotting facilities I have ever seen. A park with mounds and bridges to elevate you to look into the base, toilets, and shops all within walking distance to the base made it a fantastic day out. I highly recommend the Lawson’s fried chicken and the yakisoba noddles for lunch!

Now its onto the photos, and the day produced some great arrivals and departures as it went on. The weather got better and so did the light of course. 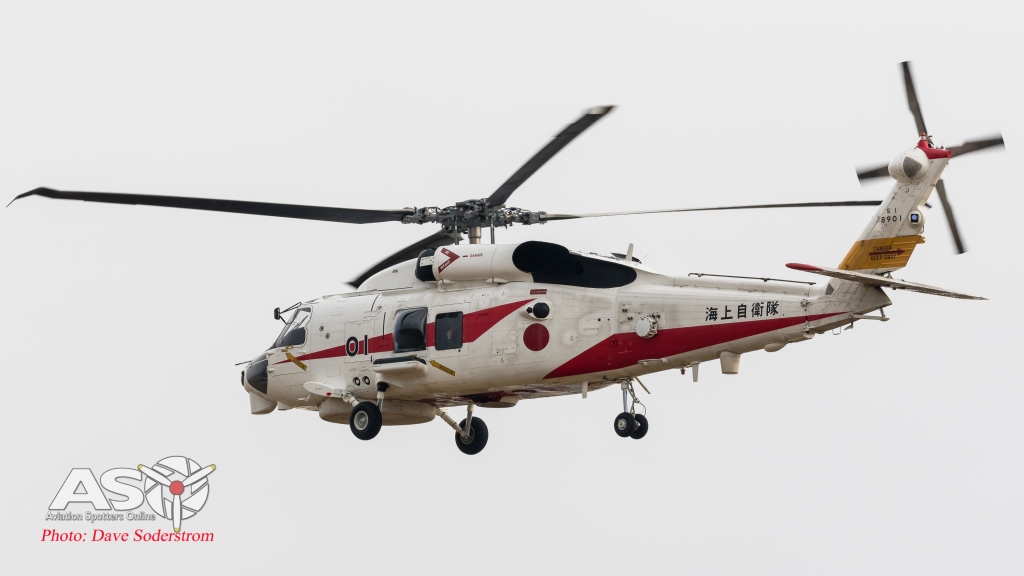 As a manufacturer of the P-3C Orion, Kawasaki was allowed to authorise changes and improvements to the design up to a certain level. Major changes however had to be reviewed and authorised by Lockheed and the US Navy before implementation to the design. Originally Kawasaki produced P-3C-II½ Orions from the 70th aircraft and up  they followed the Americans and switched to the P-3C-III.

During 1990 Kawasaki unveiled plans for a series of special variants of the Orion for service with the JMSDF. These included an Electronic Warfare trainer, an oceanographic research version, a systems test and evaluation aircraft and a transport variant. Kawasaki delivered its final P-3C-III to the JMSDF on 17 November 1997. The very last Orion built in the world, Kawasaki’s UP-3D (9163) was delivered to the JMSDF on 1 February 2000. This marked the end of 38 years of continuous P-3 production. 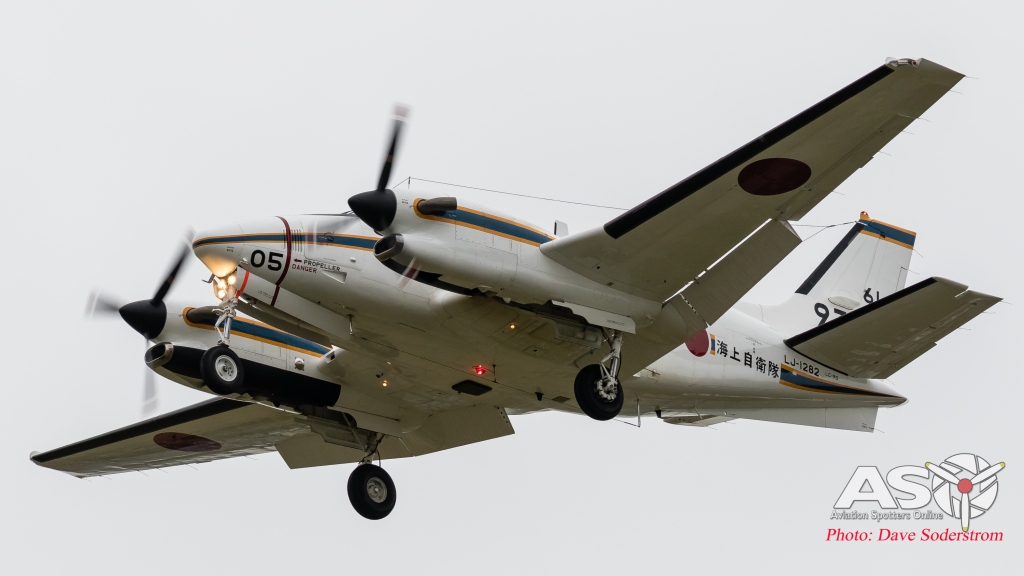 The Japan Maritime Self-Defense Force has operated a total of 40 C90 and C90A King Airs, since deliveries started in 1973. These have been given various designations by the JMSDF and consist of 34 TC-90 trainers, five LC-90 transports and a single UC-90 which is configured for photographic aerial survey. The TC-90s and the UC-90 comprise the 202nd Naval Air Training Squadron (JMSDF) based at Tokushima Air Base, while the LC-90s are attached to various Lockheed P-3 Kokutai (Squadrons) and a Air Transport Squadron 61 as liaison aircraft. 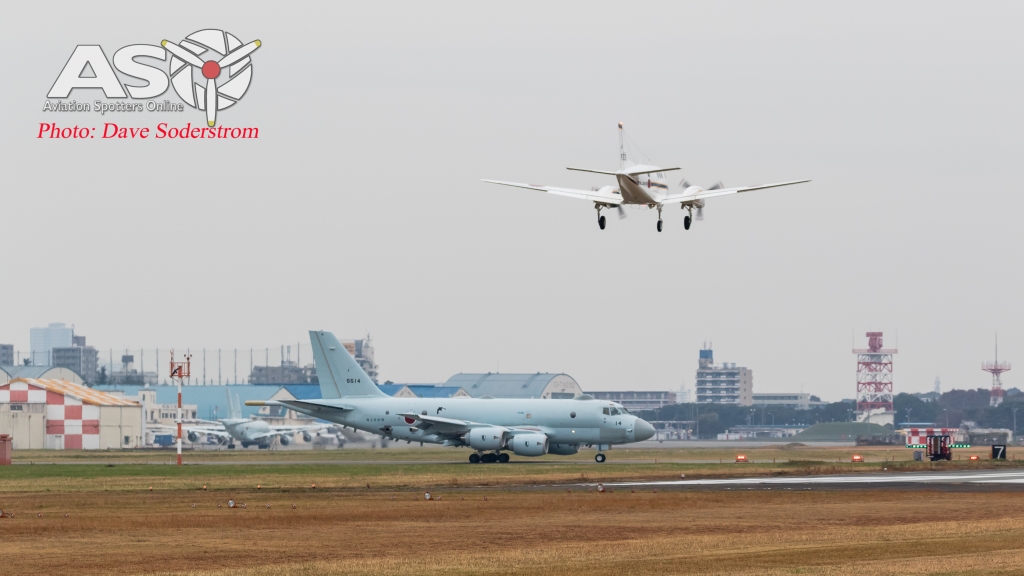 The Kawasaki P-1 is a purpose-built maritime patrol aircraft  powered by four IHI F7-10 turbofan engines. The four-engine low-wing loading design adopted for the P-1 results in a flight profile with better manoeuvrability and stability at low-speed and low-altitude flight.

The P-1 is equipped with many newly developed technologies and features, particularly in terms of its avionics and missions systems. One such key feature is the use of a fly-by-light flight control system. This has the effect of decreasing electro-magnetic disturbances to the sensors in comparison to more common fly-by-wire control systems. The P-1 is the first production aircraft in the world to be equipped with such a flight control system. Various on board systems are provided by Honeywell, who is the largest non-Japanese supplier to the project, such as the auxiliary power unit, environmental and pressurisation control systems, ram air turbine, sonobuoy dispensers and elements of the avionics. 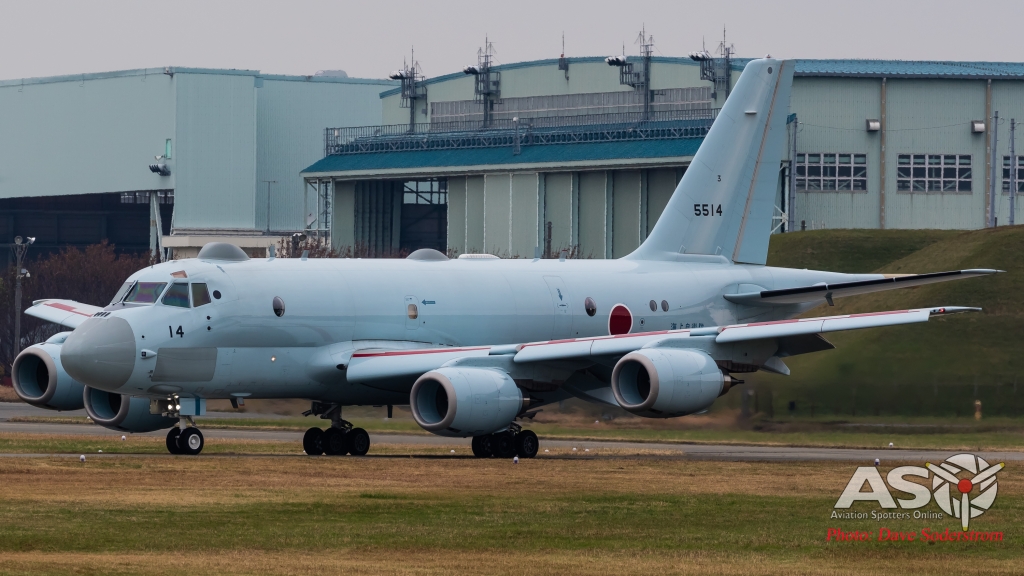 A welcome visitor was the next in the pattern. Various United States military aircraft still frequent the base. Today would be no exception. With both a US Navy Boeing C-40A Clipper and US Marines Lockheed KC-130J Hercules dropping in.

Yet another welcome visitor was a US Marines operated type. The Lockheed KC-130J Hercules.

The KC-130J provides the Marines with tactical aerial refuelling, assault-support, close air support, and multi-sensor imagery reconnaissance, day or night, under all weather conditions. It is the only long-range, fixed-wing assault support capability available to the Marine Corps.

Other improvements include a Rolls Royce AE2100 propulsion system, a Dowty R391 advanced-technology, six-bladed propeller system, and a 250-knot cargo ramp and door. All of the active component KC-130T aircraft have been replaced with KC-130Js.

Aircraft 5514 then proceeded to preform a series of touch and goes at the base.

Up and down all day on training missions was the LC-90.

Having only seen one of the P-3C Orions depart I was starting to lose hope we would see one in the air on approach. Thankfully the JMSDF didn’t disappoint. Lockheed P-3C 51-5088 was soon on the approach. The JMSDF operate several variants of the Orion, which includes sixty eight of the Maritime patrol P-3C, four of ELINT EP-3C, five of the Optical reconnaissance OP-3C, one Equipment test UP-3C airframe and finally three Electronic warfare trainer UP-3D . Since 2009 the Japan Maritime Self-Defense Force has deployed P-3s to Djibouti for anti-piracy patrols.

And yet again another P-1 was on the approach, it looked as through we would get the entire fleet in the air at this stage. 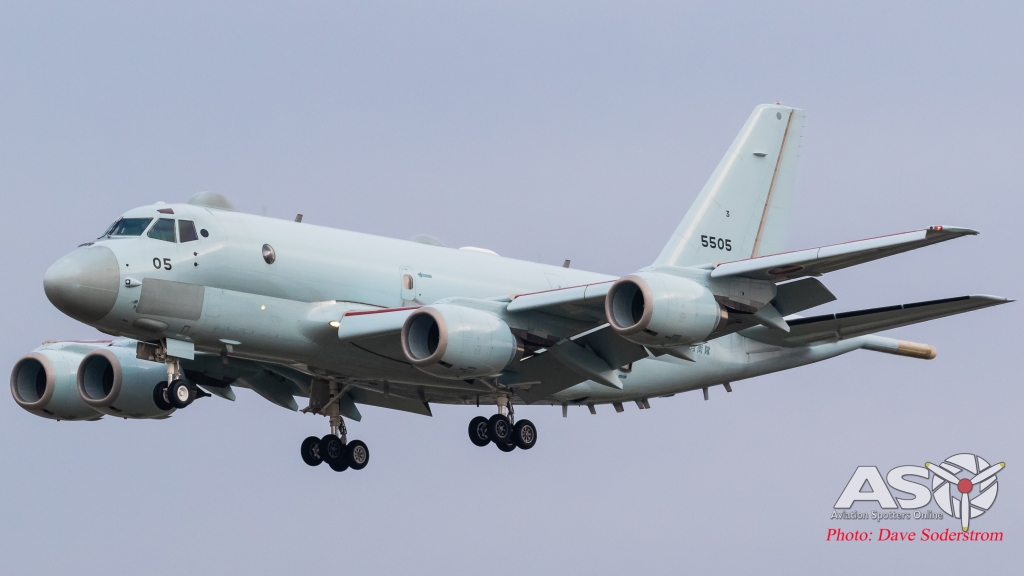 As one landed another prepared to depart this time another Lockheed P-3C Orion was on taxi for departure. 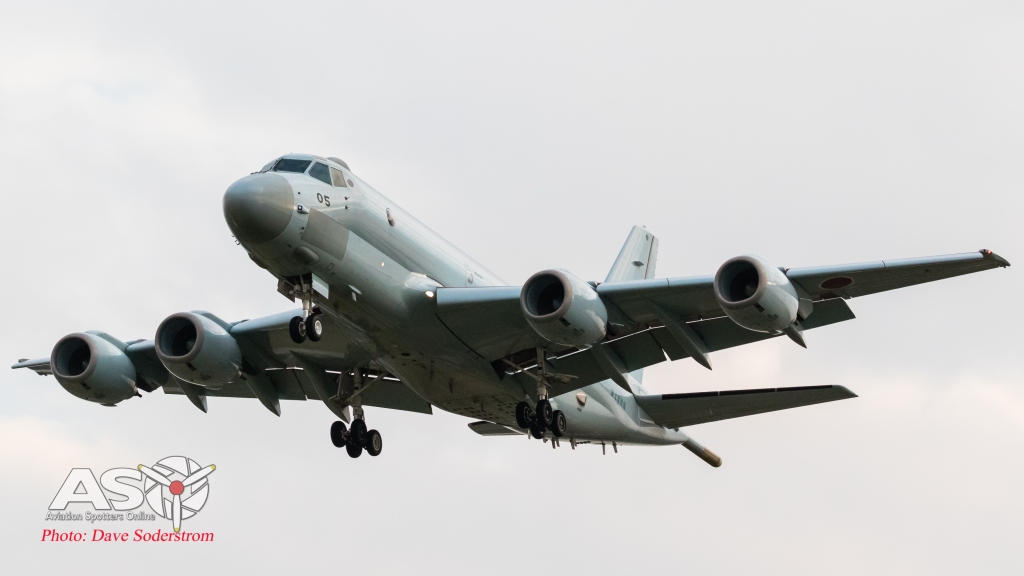 As a spotting base Atsugi really is one of the best set ups I have ever seen and I really do recommend a visit to this base.