The second media event arranged at RAAF Base Tindal, 350 km south of Darwin, during the Royal Air Force’s Exercise Diamond Storm, was an airside visit to capture some Red Air forces taxiing out and departing for the exercise airspace. To have this level of close access is something that is rarely offered to non ADF photographers.

Following a meeting with the Commanding Officers of 17 Squadron RAAF Tindal, No. 77Sqn and No.75 Sqn (seperate article) we climbed aboard our bus and were escorted, after a FOD check on the tyres, out onto the airfield by the BASO – Base Safety Officer. The BASO remains in contact with Tindal Tower so that they know exactly where we are once entering the airfield. Tower does maintain visual contact but uses the radio to us grant permission to cross taxiways or give instructions to vacate a specific location on the airfield if required.

We initially parked mid field but in order to catch the aircraft taxi but it was suggested we move to where we were last year – at the intersection of two taxiways.

This location was again perfect to catch the 77 Sqn and 75 Sqn F’A-18 ‘Classic’ Hornets taxi down from their OLA’s. As we were going to be so close especially on takeoff, we had been issued earplugs plus class 5 earmuffs to wear.

Once the first wave had parked on the ORP we made a dash for the vehicles to relocate back down near the 5000′ runway marker.

The Hornets were positioned facing down Runway 14 and on the designated roll time the pilots let rip – a light cloud of exhaust could be seen moments before the roar of the afterburners reached us. 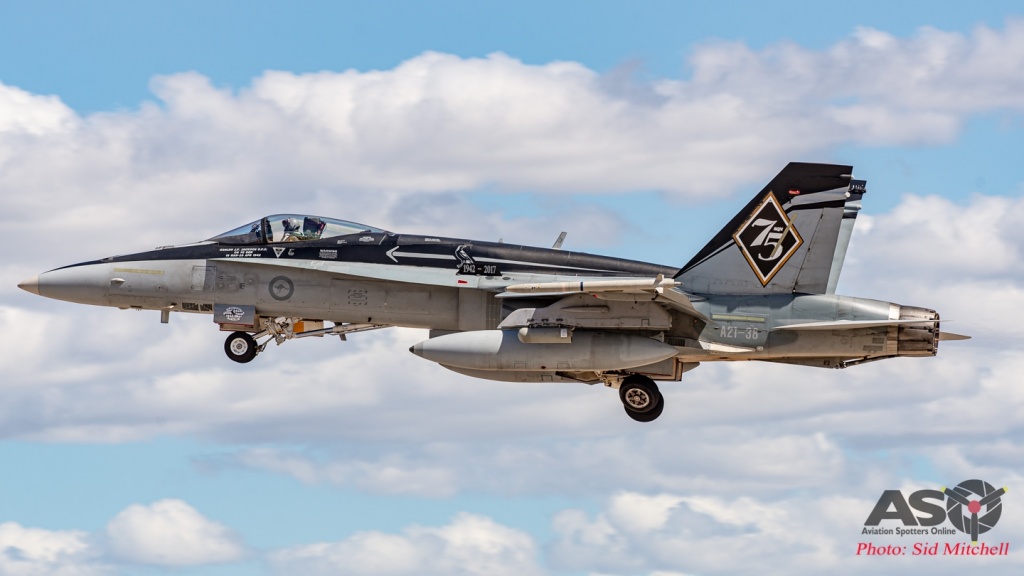 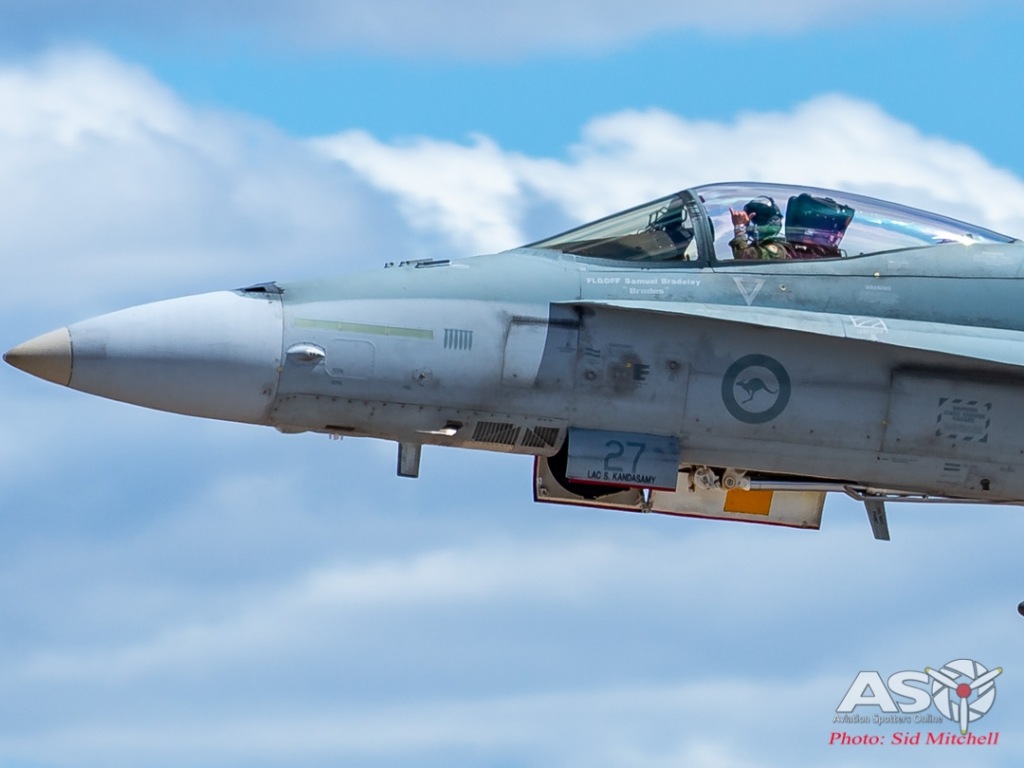 The following waves left in good order including the 75 Sqn CO’s aircraft, A21-29 ‘Top Hat ‘n’ Cane’ which will end up as a permanent display at RAAF Tindal on retirement of the Hornet fleet.

A bonus finishing off the launches was the two Top Aces contracted Dornier Alpha Jets, C-GITA and C-GLTO up from RAAF Williamtown to participate in the exercise. For a larger selection of photos including them returning to base please view the gallery at the bottom.

But there was to be a low flypast down the strip for us to catch arranged prior to the jets leaving – sure enough it wasn’t long before two pairs of Hornets blasted past our group – fantastic to say the least.

As they flight climbed out to carry out their mission it was time to hop aboard the bus once more and we were off to the third media event arranged for our Tindal visit.

We were given about 10 minutes to take some photo’s from different perspectives. These photos are always good years down the track as references for those aeromodelling fans.

As most media had driven down from Darwin and needed to drive the 3 hr trip back, the PAO (Public Affairs Office) had us board the bus and back to Security to hand our passes in. Fortunately I was able to stay and catch Red Air return to base late in the afternoon.

What a great day and many thanks again to the Tindal based Public Affairs Office for arranging the day’s schedule. Looking forward to my next visit to RAAF Base Tindal. 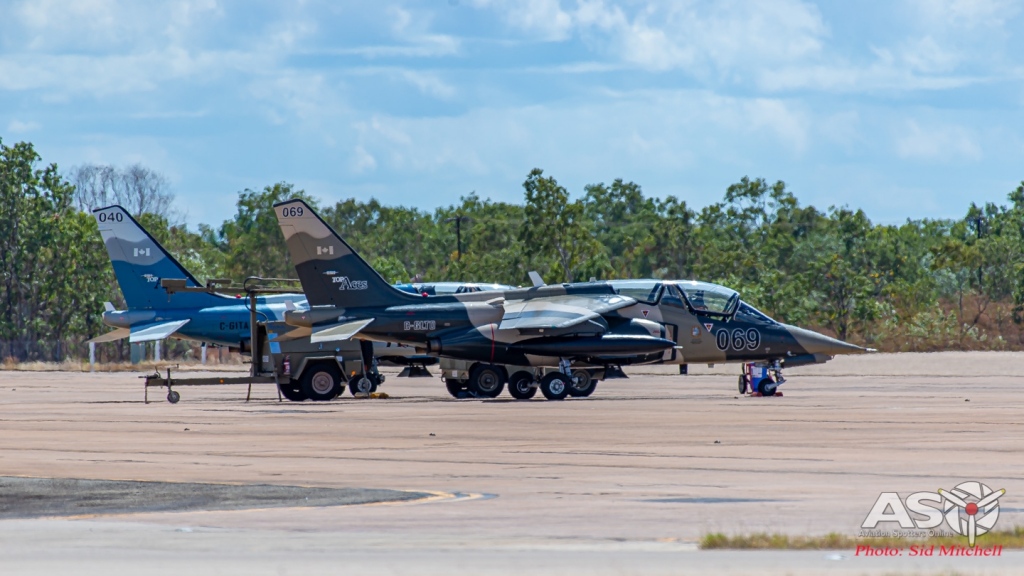 The 2019 Australian International International Airshow and Aerospace & Defence Exposition held at Avalon Airport near Geelong in Victoria, is the 14th time the show has been held since its inception back in October 1992.  This biennial show is one of the Asia-Pacific regions most prestigious and the[…]

The skies over the Northern Territory are usually fairly uncluttered, but when Australia’s premier multi-nation exercise Pitch Black gets under way, the heavy metal traffic hits high gear. ASO takes a glimpse at those larger work horses that perform an important role in maintaining the airborne logistical element on deployments,[…]

Monday the 23rd of February 2015, a momentous day for members of Aviation Spotters Online, with Mark Jessop along with videographer Mark Pourzenic made the long trip from the city of Melbourne to RAAF Base East Sale, which is in the Gippsland district. They were there to visit a fantastic[…]