The 1st of October is the start of the fire season in New South Wales, Australia and to mark this day the NSW Rural Fire Service have showcased some of the new aerial assets they are using to help fight fires this season.

The event was held at the Penrith Regatta Center home of the rowing events at the 2000 Olympic Games and with the temperature hitting 30c there was no better time to showcase some of the latest Aerial Firefighting assets that will help the teams on the ground battle any wild fire this season. 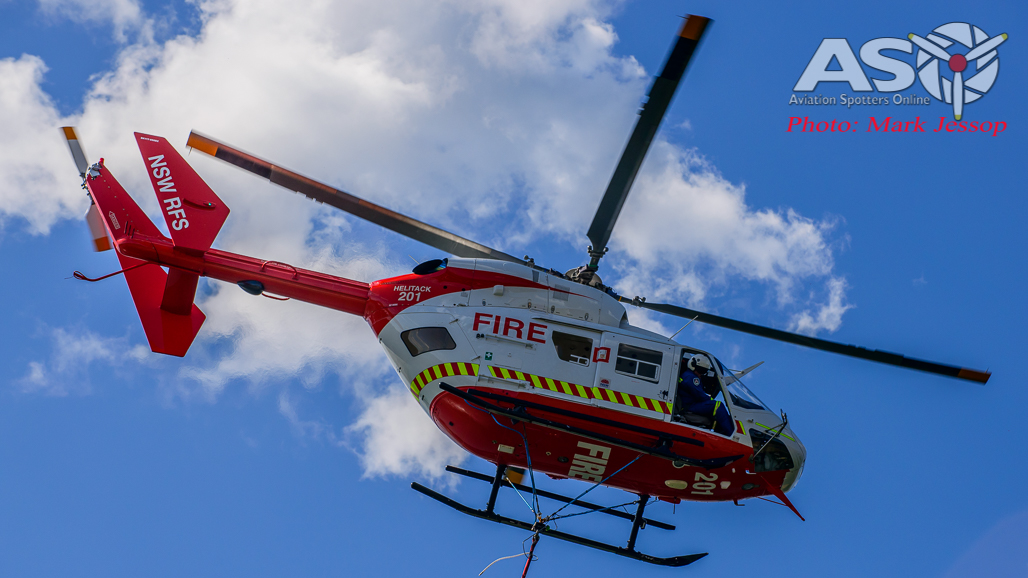 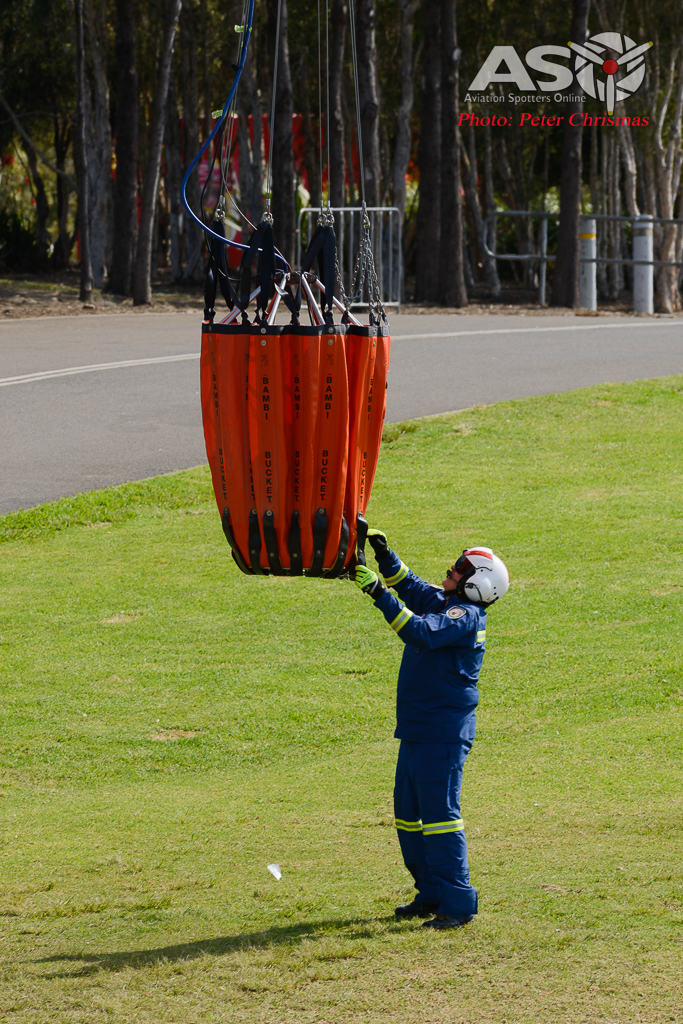 On show was a wide variety of the 120 Aerial Firefighting platforms that will be used from the small and compact BK-177 all the way up to the biggest platform used in Australia and the 1st time in NSW, the McDonnell Douglas DC-10. This impressive firebomber can hold an incredible 43,900ltr of water !

But to get the event under way the BK-177 performed some precision water drops onto a target the size of a car. Each asset performs a different task and today this was shown with very high accuracy, the BK-177 dropped 4 loads in under 5 minutes with each load hitting the spot. The BK-177 is a very compact helicopter which can hold 1,500ltr of water  in its “Bambi” bucket and can get places the larger assets can’t. 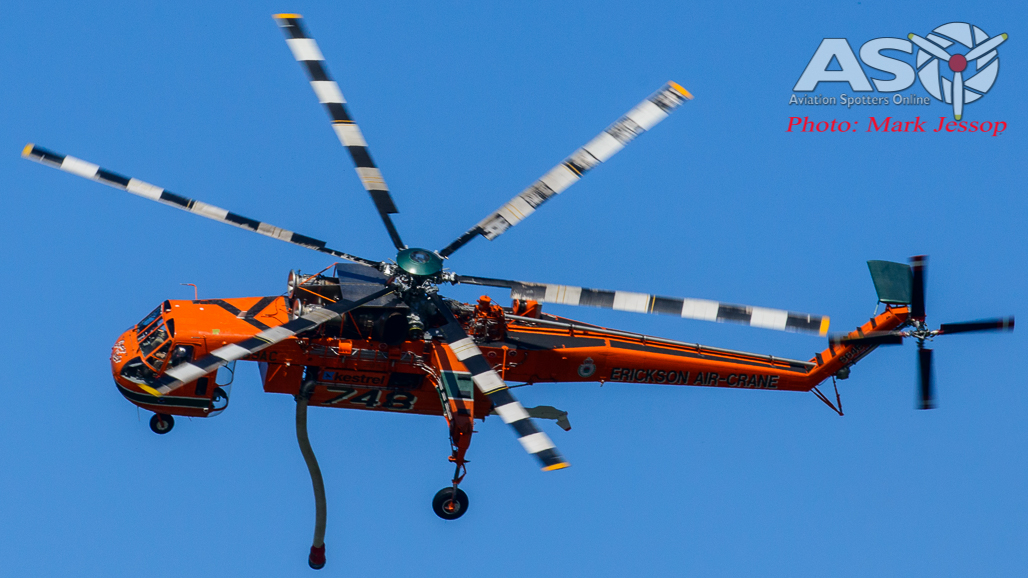 Next up was the mighty Erickson  S-64 Skycrane which has now been used in NSW for over 14 years and is well recognised by the public. Kestrel Aviation based at Mangalore Vic have the exclusive cooperation agreement with Erickson Incorporated to operate the Skycrane in Australia since 2013. The Skycrane showcased the many different load drops it can use to attack the fire front with 3 passes, each one a different staged drop releasing water at different controlled rates and holding up to 9500L of water with refill time around 45 seconds. 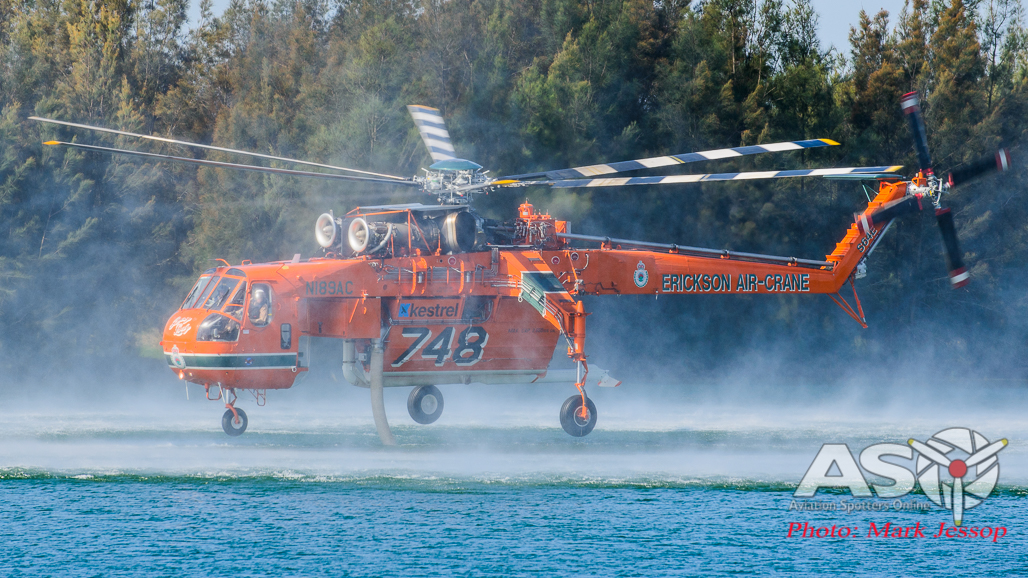 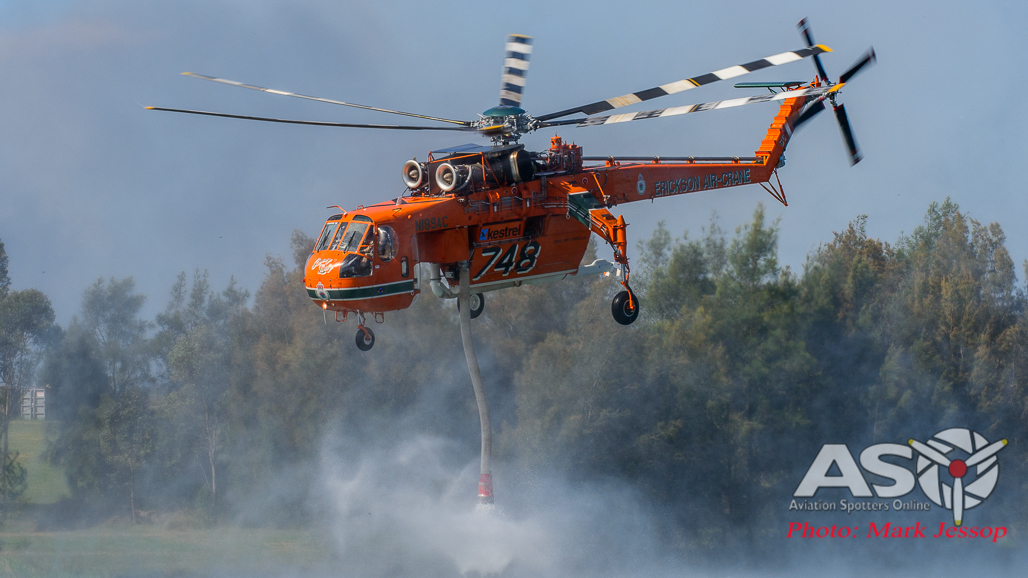 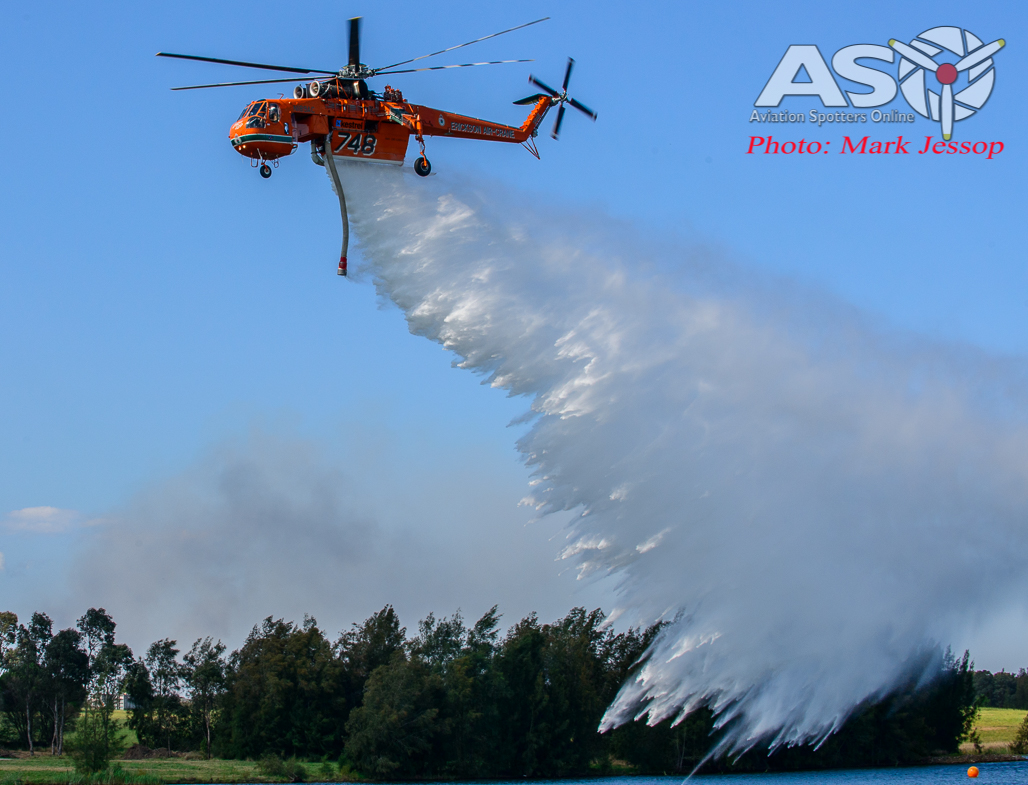 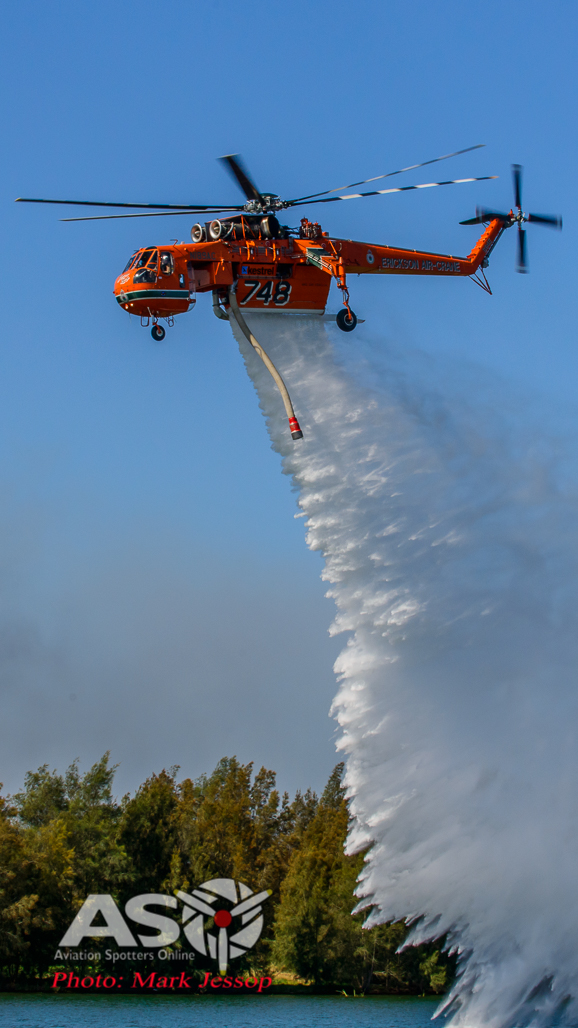 Next up was “Thor”, the Coulsons Aviation C-130 Hercules. This will be the first season Thor has been used in NSW. After traveling all the way from Alaska for this fire season,  the team wasted no time in getting this NextGen Tanker prepared for action in New South Wales. In cooperation with a smaller lead aircraft marking the drop path with smoke, the crew demonstrated Thor’s ability to apply up to 15000L of retardant on to the ground with pinpoint accuracy. 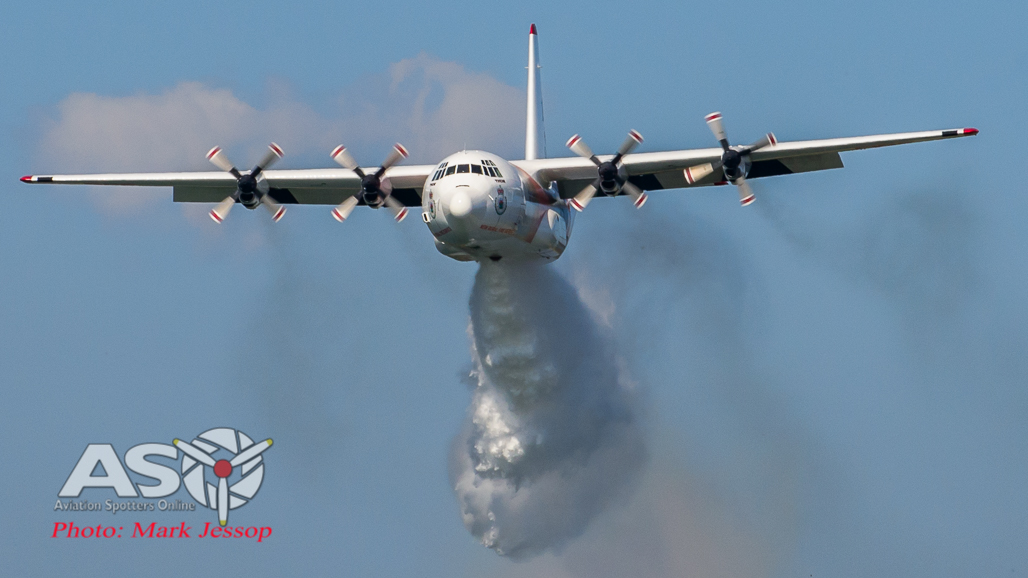 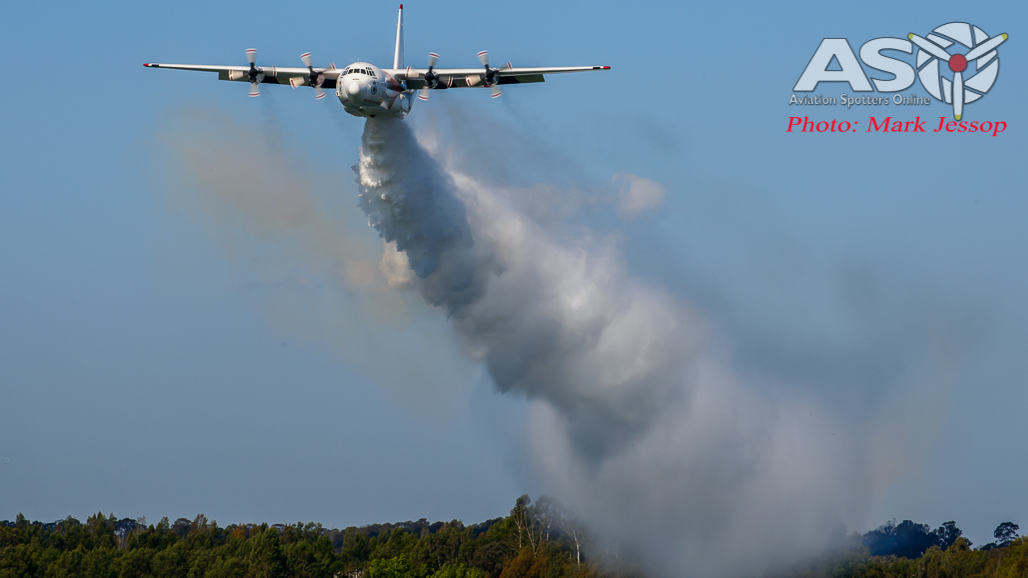 The highlight of the day was seeing the DC-10 “Southern Belle” for the 1st time in action. Watching this massive aircraft fly in low and deliver accurately was impressive. Carrying 30 times the capacity of the BK-177 with a “Bambi” bucket at a whopping 44,990l of water this aircraft is a game changer. Not only does Southern Belle have an impressive capacity but she can reach most of NSW in an hour and a half or less. Being based at RAAF Richmond for the season the aircraft can be relocated to other airports as need. The aircraft even has its own category, being called a Very Large Air Tanker or VLAT.

The one thing which was very interesting was just how quiet it was and its low level turning ability was outstanding considering the size of the aircraft and a real credit to the crew. AGAir has has brought the DC-10 over for this year’s summer contract for the NSWRFS and going by what was seen today it will be a very welcomed sight in our skies if it’s needed. 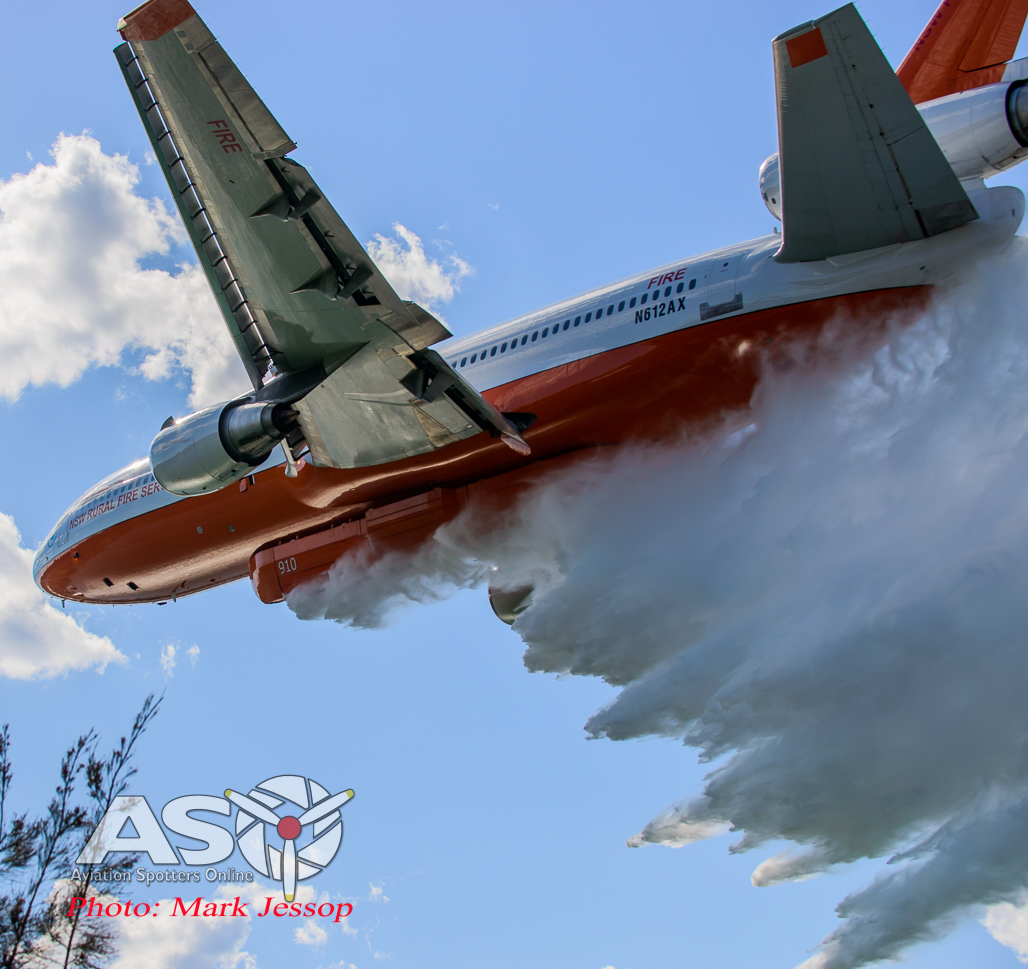 The demonstration that we saw today with the showcase of these new Aerial Firefighting assets, brings in an improvement in capability in NSW firefighting, such that has not been seen since the 1st introduction of helicopters over 20 years ago. We thank the NSWRFS ,Kestrel Aviation and AGAir for showcasing the new capabilities to protect the people of NSW.