It might be a small country town an hour north of Melbourne however that didn’t stop the Kyneton Aero Club hosting the 2017 Airshow in a big a way!

The Airshow was postponed from its original date in October due to to the poor weather at the time, thankfully the weather decided to play fair and after a small delay waiting for the low cloud to lift in the morning the show got underway just on an hour later then planed.

A host of types were gathered or flew into the display at the airfield where the Kyneton Aero Club were celebrating its 50th Anniversary of operations. Having been to the previous event some 11 years ago I have to say the organizers had thought of everything. Plenty of quality local food vendors, amenities and the great vibe you get when attending small local events that major events don’t have. The whole event is staged in conjunction with the local Rotary Clubs of Kyneton and Woodend who’s volunteers were friendly and very helpful.

According to local newspapers nearly 5000 people attended the event, the layout of the show allowing spectators to get close to the action and look at the assembled aircraft at close quarters. Pilots and aircraft owners were happy to talk to visitors about their works of art and the roles the aircraft performed.

The Royal Australian Air Force sent the Roulettes in their PC-9s to provide a great display, FieldAir in Ballarat sent one of their water bombers to do a water drop. While a host of local aircraft mixed it up with Paul Bennet who brought his Wolfe and Grumman Avenger to which the crowd we very receptive of the display. The lovely sound of the Avenger and the heart stopping performances of the Wolfe Aerobatics were some real highlights

The weather got better and better as the day rolled on, with more blue sky, balmy temperatures and great displays, ASO brings you this report and photos and wishes to thank all the volunteers who made this event a great airshow to attend.

FieldAir’s Stephen Rossington, who is the Chief Pilot for the company put on an impressive display even bringing some water to wash the runway for everyone!

Locally produced by Mahindra Aerospace the Aerovan GA-8 Airvan was displayed at the show. 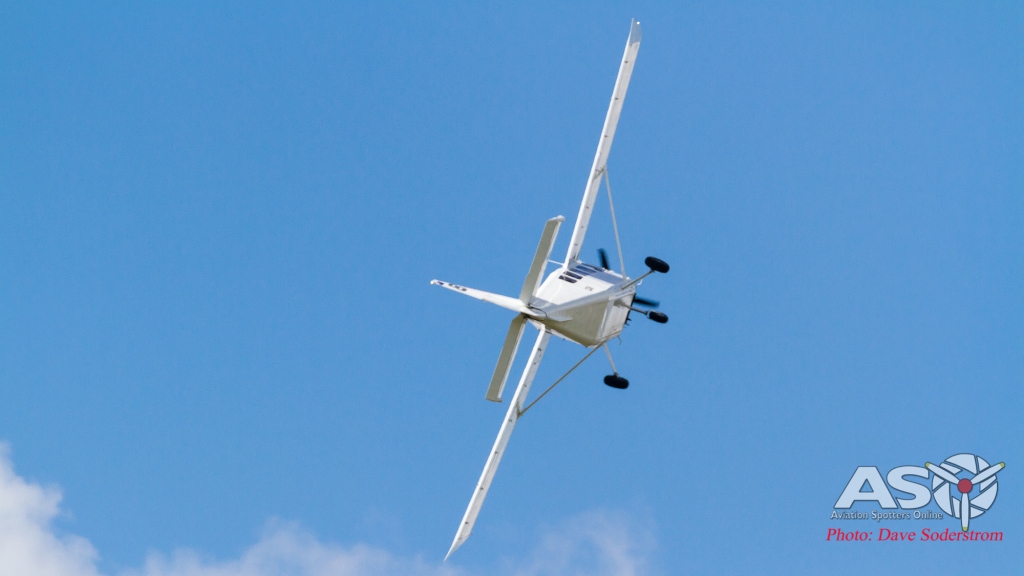 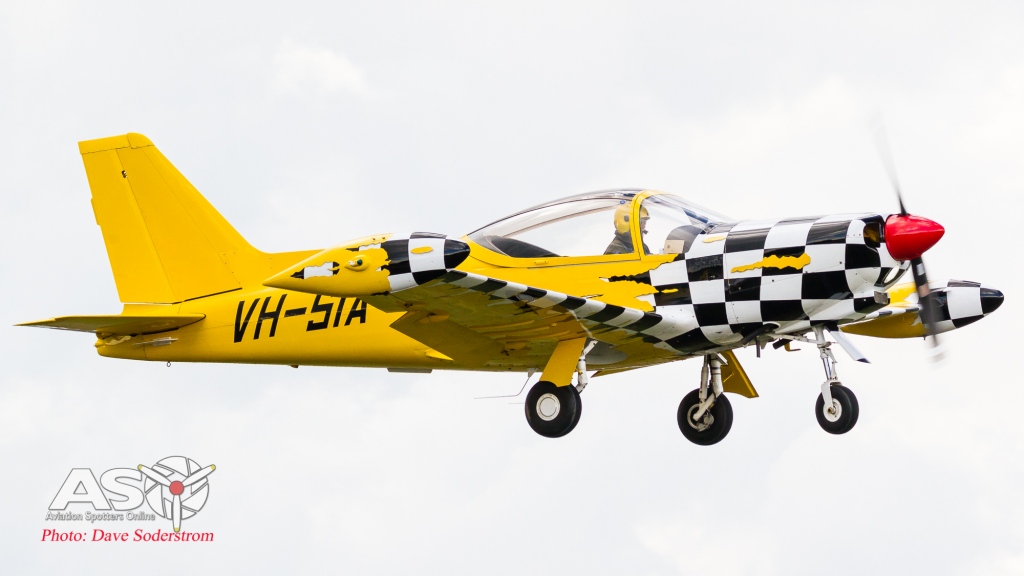 Paul Bennett again highlighted why he and his team are in demand for airshows displays, not only here but overseers with a dazzling display. 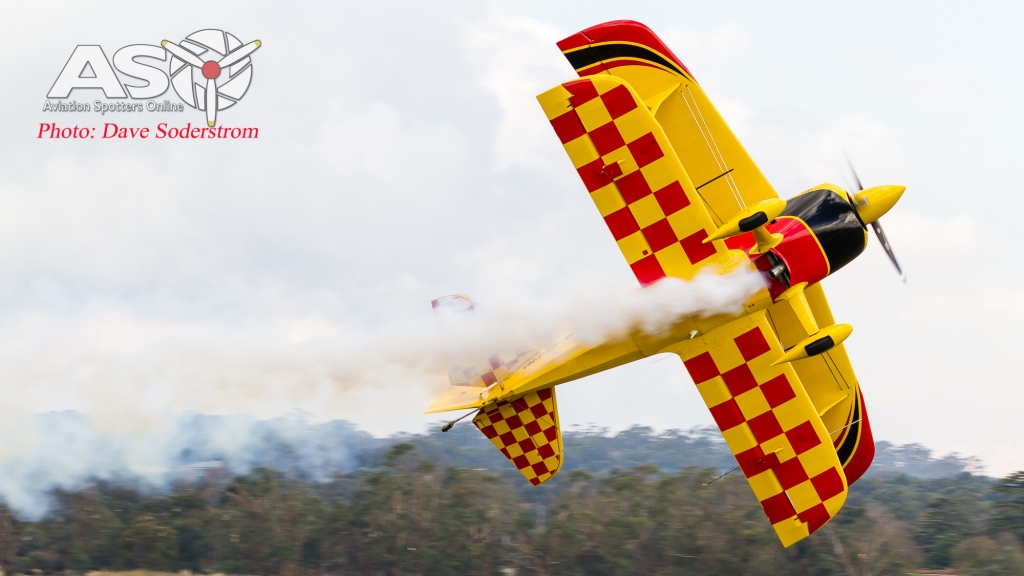 The RAAF’s contribution being the Roulette’s started their display with a solo routine before being joined in a four ship display which was to the usual high caliber we have come to see from the Australia’s Air Force aerobatic team.

Another display team launched using retired RAAF training aircraft, named the Heritage Flight the team uses a mix of CAC Winjeels and NZAI CT-4A Airtrainers with the team preforming at many events around Victoria. This Weekend the team flew with two Winjeels and two CT-4s. 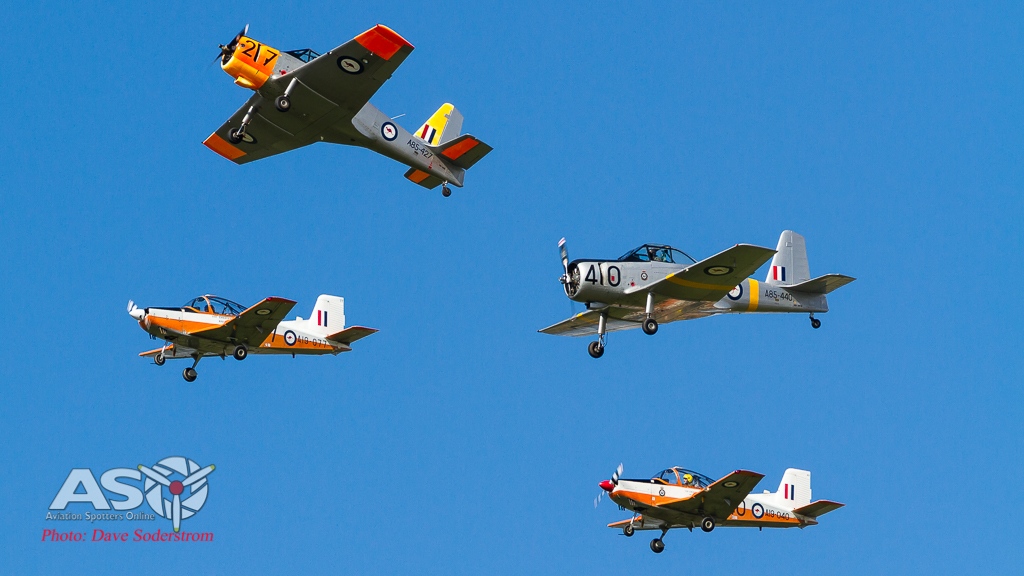 A personal highlight for me was the glorious song made my Paul Bennett in the TBM Avenger. The Avenger was a carrier based aircraft designed in Word War Two. With its impressive folding wings and lumpy radial engine it really is a site to see and listen to. Paul gave a spirited display of the aircraft with plenty of passes along the crowd line. 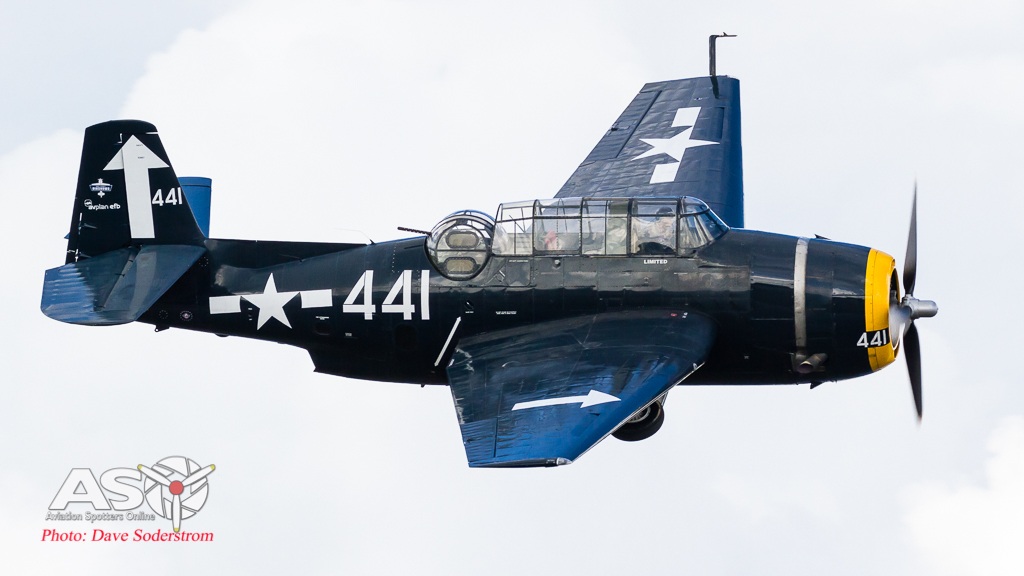 Next to provide more mesmerizing aerial displays was 13 times National Aerobatic Champion Chris Sperou. Chris has been a participant on the Australian Airshow circuit for many years. And over the years has developed fantastic displays, his display in his Super Stinker aircraft. At age 78 Chris is know for the following in his displays where he inverts the aircraft immediately after take-off at around 20 feet from the ground, another piece of airman-ship is the Torque Roll. The plane climbs vertically, stalls and turns with engine rotation and falls back into the smoke trail. Again very impressive manoeuvres to watch. 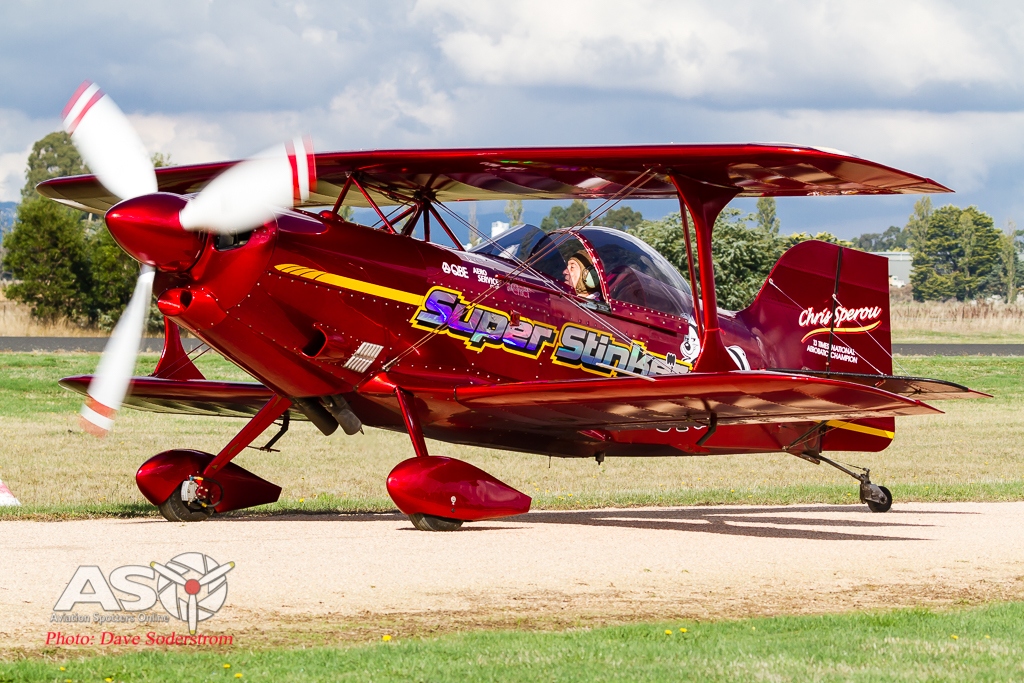 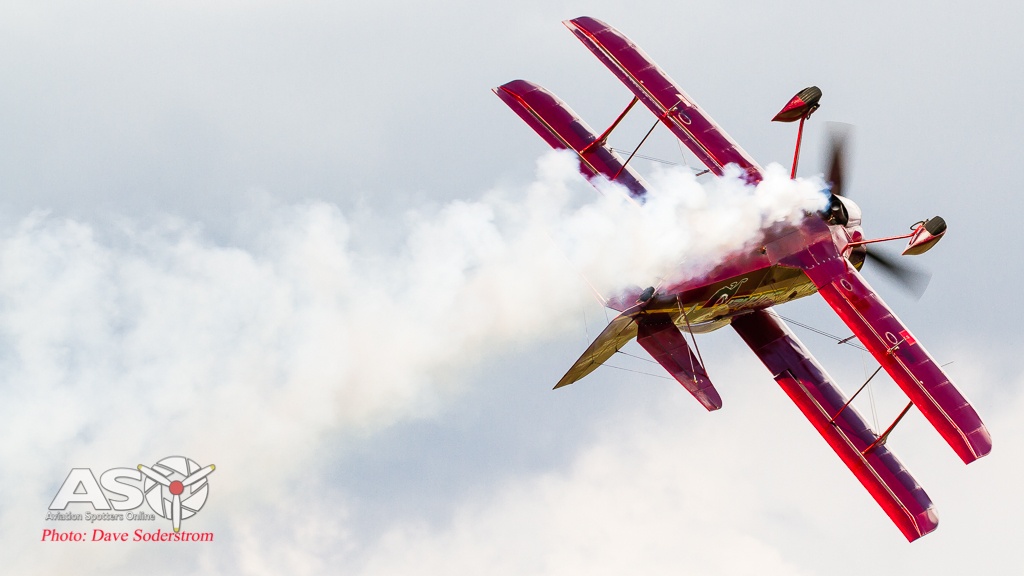 Another highlight of Chris’s routine is when he is joined by the Bonanza and flies around the aircraft in close formation. This always brings the crowd to attention. 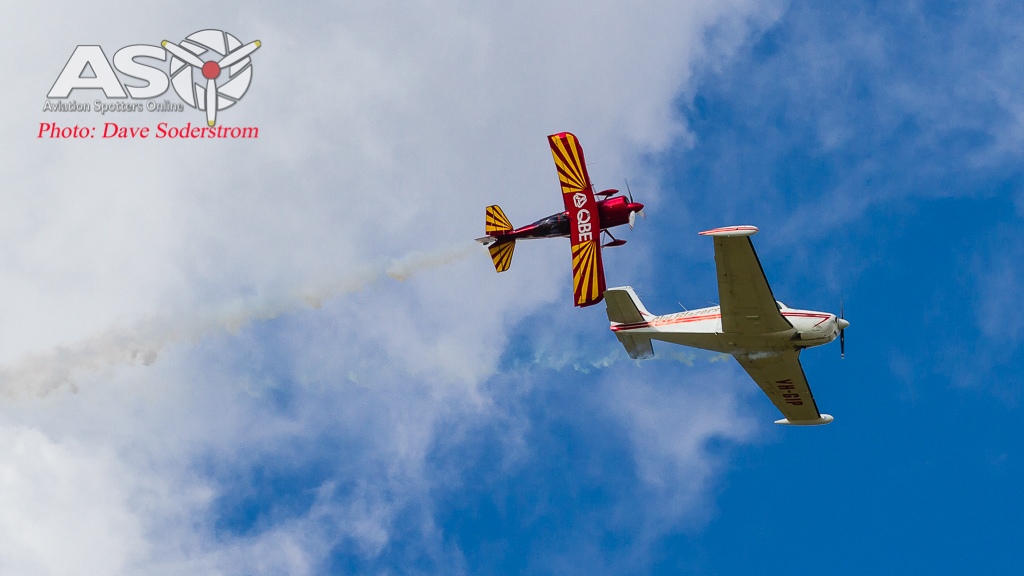 One of the final formations was made with no less then five Yakovlev aircraft. The five did several formation flights for the crowd. 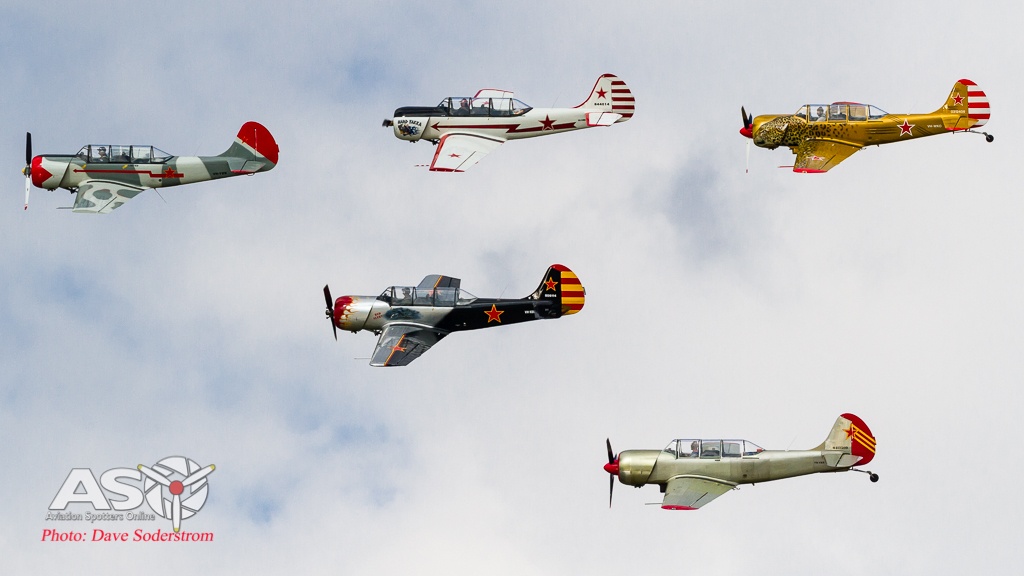 The organizers of the airshow should hold their heads high and be pleased with the event. It was well organized, well structured, and very family friendly. For me it was great to take my family and catch up with friends in a relaxed country atmosphere. One criticism is don’t let 11 years pass till the next one!

Flight of the Hurricane

Mark Jessop Who says you can’t have a mini Air Show in 5 weeks time ? Well this is how the whole “Flight of the Hurricane” public flying day came about. Once the 1st 2 flights had been made the team at Vintage Fighter Restorations and owner John Brooks really[…]

Tip: you can click each image to see it full screen The Great Eastern Fly-In was held again at Evans Head Memorial Aerodrome in Evans Head NSW, over the weekend of the 10th and 11th of January. The small dedicated committee have been putting together an annual airshow for over two[…]

A27-27 captured from Tomaree headland, Nelson Bay, Australia, during flight trials for the Lead-In-Fighter, Capability Assurance Programme (LIFCAP) in April, 2015. Operated by 79 Squadron at Pearce, Western Australia (for type conversion) and 76 Squadron at Williamtown, near Newcsatle, New South Wales (for Introductory Fighter Training), with both units also[…]