Back in March, Gunnedah Aeroclub (with significant assistance and support from the team at Paul Bennet Air Shows) held the “Gunnedah Air Spectacular” and ASO went along to check it out. 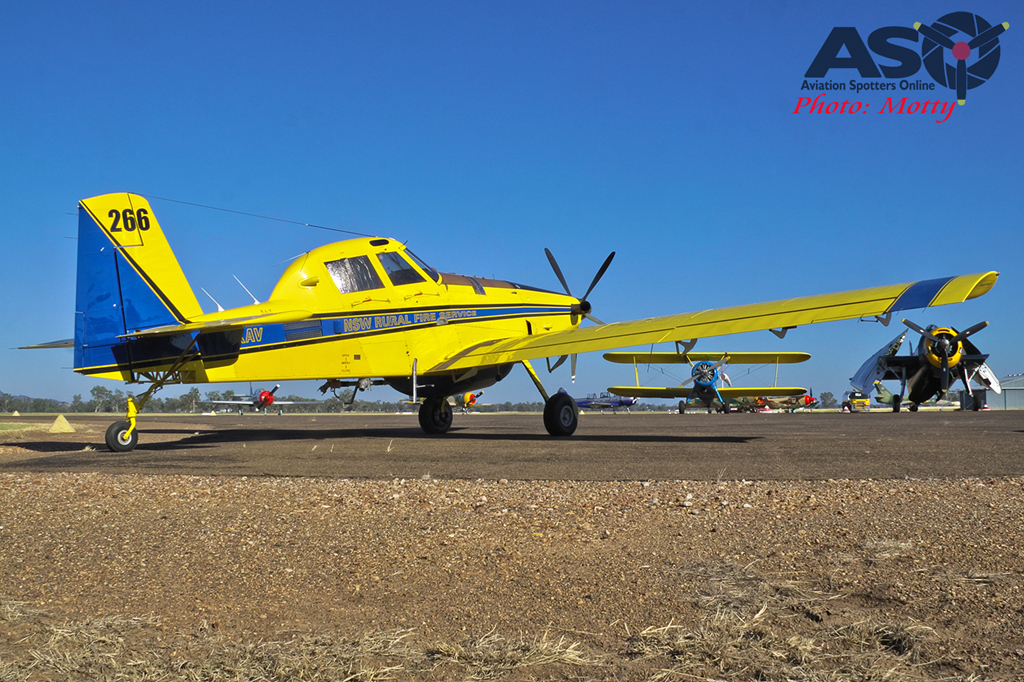 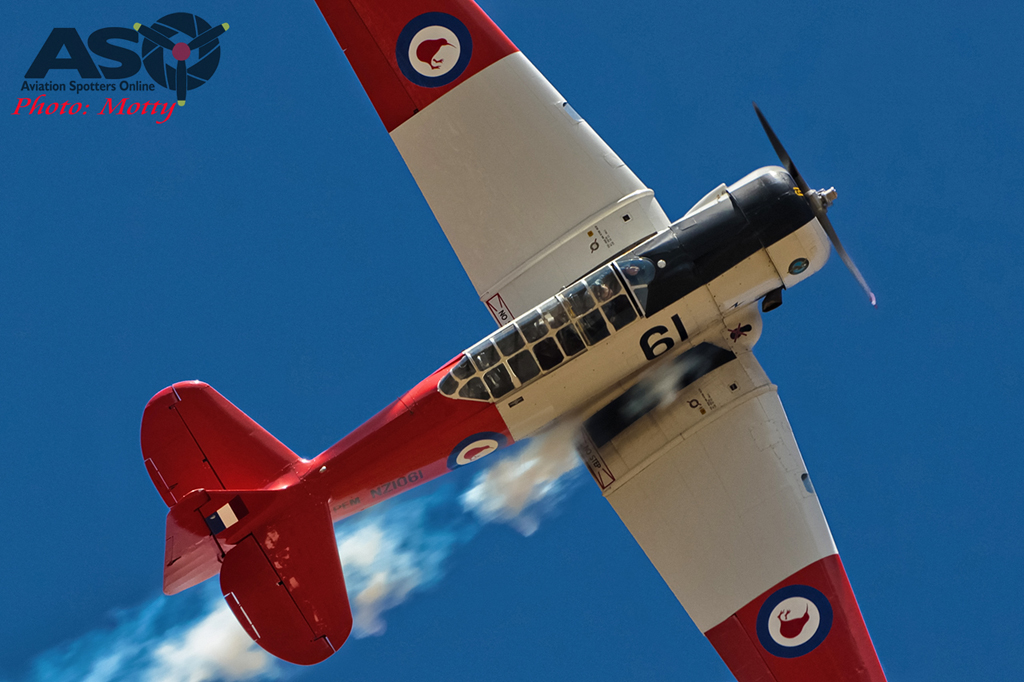 Gunnedah lies just three and a half hours northwest of Newcastle (or about five hours from Sydney) and is a wonderful example of a classic Australian country town in the heart of rural farming country. Probably not the first place that you would think of for an air show though. 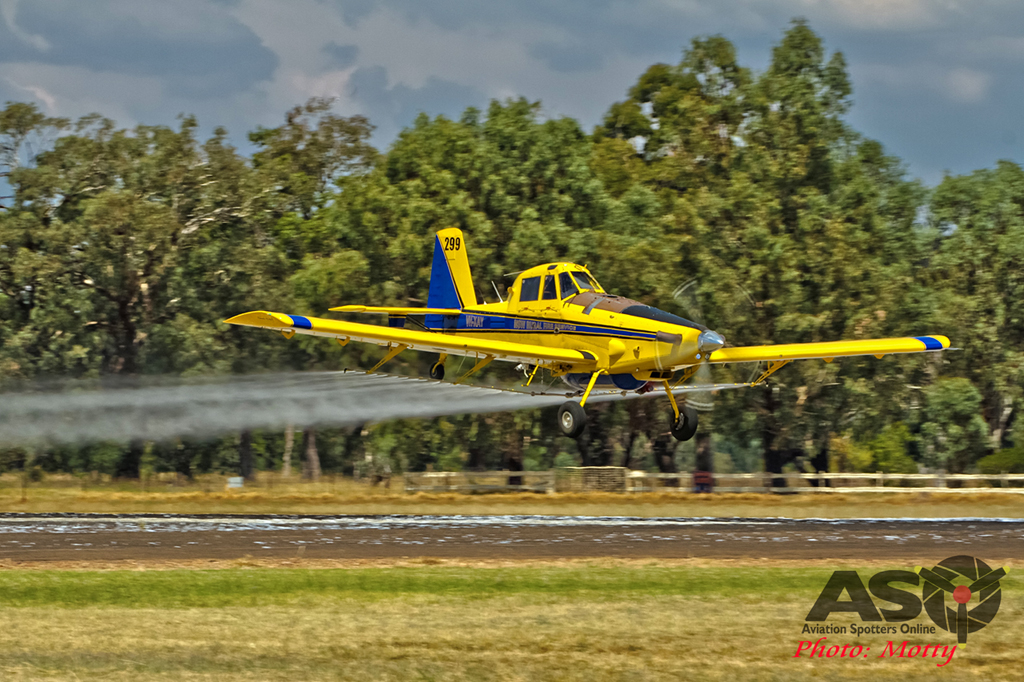 Most of us are, by now, familiar with some of Australia’s more well-known and increasingly popular airshows such as Temora, Illawarra, Evans Head etc. and, of course, the big one; Avalon, and the increase in both the frequency and popularity of these shows has been a very pleasant change over previous times when such displays seemed to be few and far between. And while these shows do offer the best of Aviation to be seen here in Australia with a wide variety of types and displays. But Australia is a vast country and, often, the logistics of getting to some shows may put them out of reach for many, so there is an opportunity to bring some of these events to more rural areas and, sometimes, smaller can be good too. This was the second time that the two-day show has been held (the first being in 2013) and offered a surprising variety of types and displays to behold, such as Paul Bennet in his amazing Wolf Pitts Pro and the rest of the team with an equally impressive line-up of more Pitts, Yak 52, Trojan and, of course, the mighty Avenger, the ever impressive Russian Roolettes and their team of Yak 52s and Nanchangs, David Salter in his beautifully presented Harvard, Mark Pracy and his L39, Stephen Gale with his S-211, the almost hovering Just Aircraft SuperStol and the local Kennedy family with a great fire-bombing and crop-dusting display in their huge 802 Air Tractors. The support show and non-flying aircraft  were good too with a great display from Jeff Sparkes flying his very impressive and realistic radio controlled Hornet model, Paul Bennet racing against Alastair Bell in his Mitsubishi EVO car and some interesting aircraft to be seen, either based at Gunnedah or flying in for the show. The weather couldn’t have been better either and Gunnedah is one of those precious few places (for photographers at least) where the sun is at your back for almost the whole day (was there a conspiracy somewhere in the past to ensure that so many airfields have you looking into the sun for their shows?  😉  ) and the clear, deep blue skies made a  beautiful backdrop for the aircraft throughout the weekend, with clouds coming in only at the end on Sunday. So where does the “Craft” bit come in? Well, I made the trip for the weekend with a couple of friends who either come from or have spent a significant amount of time overseas and have had exposure to some of the biggest airshows that the UK and US have to offer (including Oshkosh, RIAT and Farnbrough) and, while those shows are obviously in a class of their own as far as sheer size, and numbers and variety of aircraft, my friends said that the intimate and friendly nature of Gunnedah, with the glorious weather and interesting, well flown and displayed aircraft made it one of the most enjoyable shows they had ever been too, with things that we often take for granted being of great interest to others (my friend from the UK was particularly taken with the huge 802 Air Tractors as he pointed out, “You’d never see anything like this back home”). And there aren’t many places where you could see a Wirraway, S211 and an Avenger in one place either. I too felt that it was just a good, fun and relaxing weekend at a great little show. So, it was while partaking of a couple of craft-beverages at a local hotel at the end of a long, hot Saturday, that we postulated that maybe this could mark the emergence of “Craft-Air Shows” (patent pending  😉  )? Small, friendly, back-to-basics shows with the pleasure being in the experience and simple enjoyment of the event itself and aviation. Or maybe that was just the beer talking?  😉 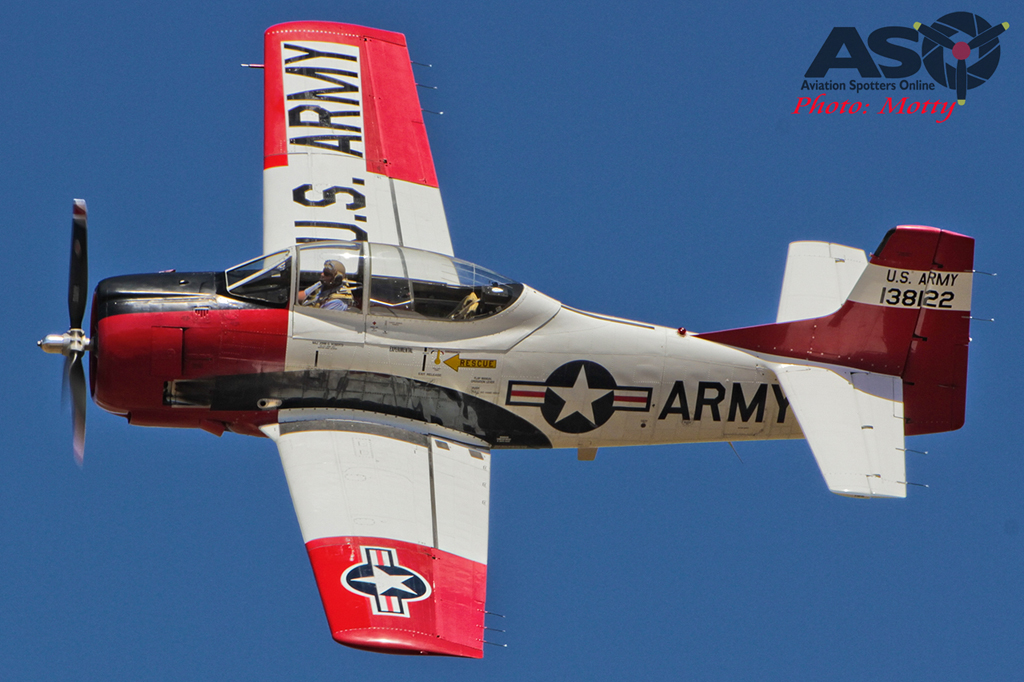 A huge thank you to the members of the Gunnedah Aeroclub, the team from Paul Bennet Air Shows and everyone else who made the weekend such a great show. 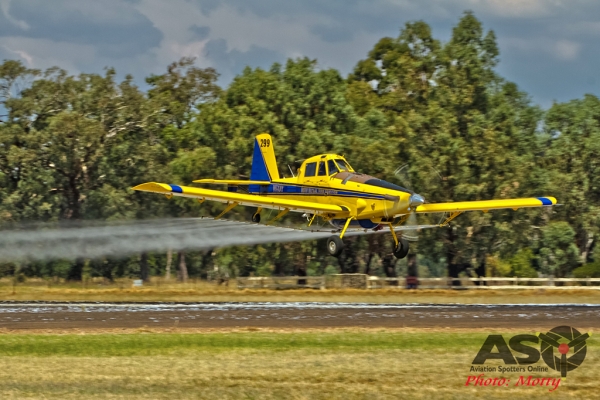 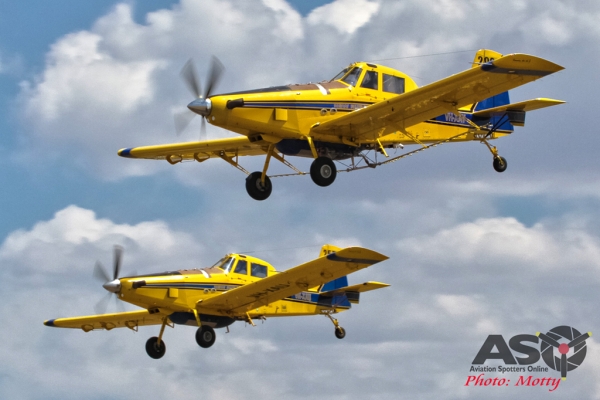 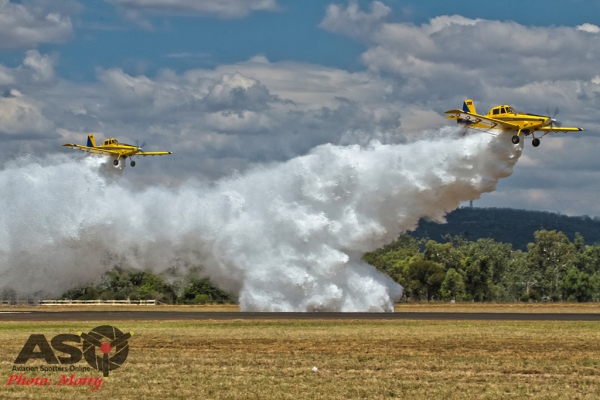 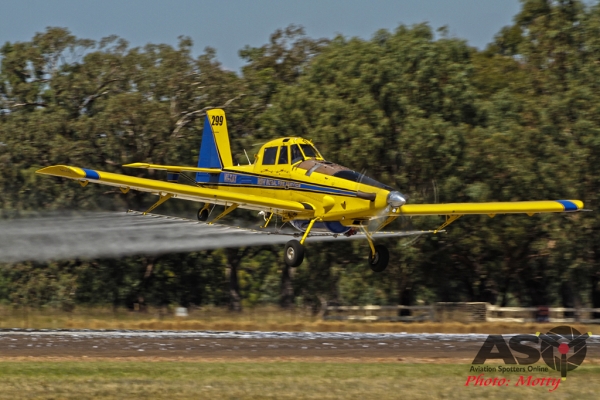 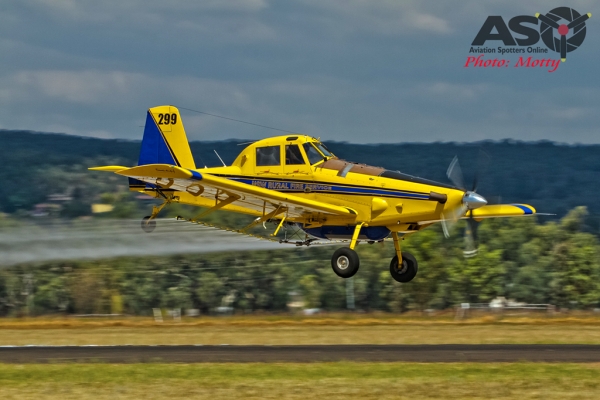 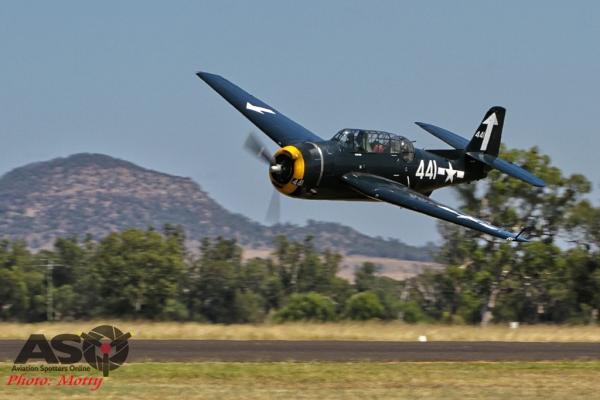 The word ‘unique’ is often bandied about by promoters of events. But when it comes to unique aircraft combinations you cant go past the Great War Flying Display. If you have any appreciation for aircraft old and new … you should be heading to the 3rd and final TAVAS Great[…]

In the early hours of July 23rd a Yellow Kenworth stopped behind the tail of the Boeing 747-438 VH-OJA which sits proudly at the Historical Aircraft Restoration Society (HARS) facility at Albion Park. It was what was on the low loader of the Kenworth that had just arrived from RAAF[…]

Scott Williamson has written the following article as a guest writer and photographer for ASO. Scott has been shooting aircraft for a number of years and that certainly shows in this article. Thanks for your contribution Scott.      2018 David Hack Classic Toowoomba From the moment the sun’s rays[…]