The cold morning air was torn apart as wave after wave of aircraft roared low over the airfield in full afterburner before breaking off to land in a seemingly never ending stream. 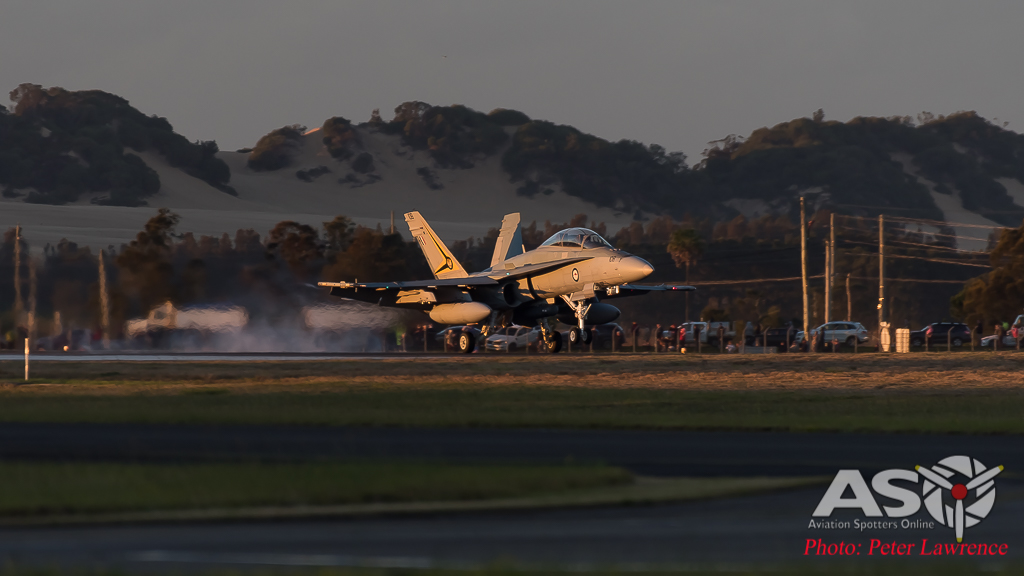 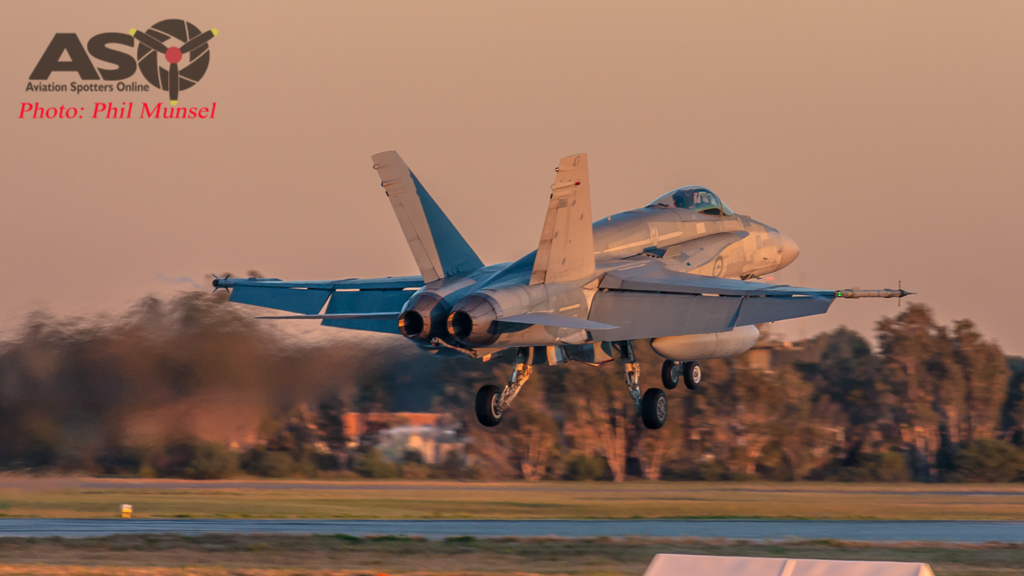 Last Friday morning (June 30th, 2017) a large crowd braved the cold, both on and off the base, for Dawn Strike, the culmination of the Air Warfare Instructors Course (AWIC) 2017. 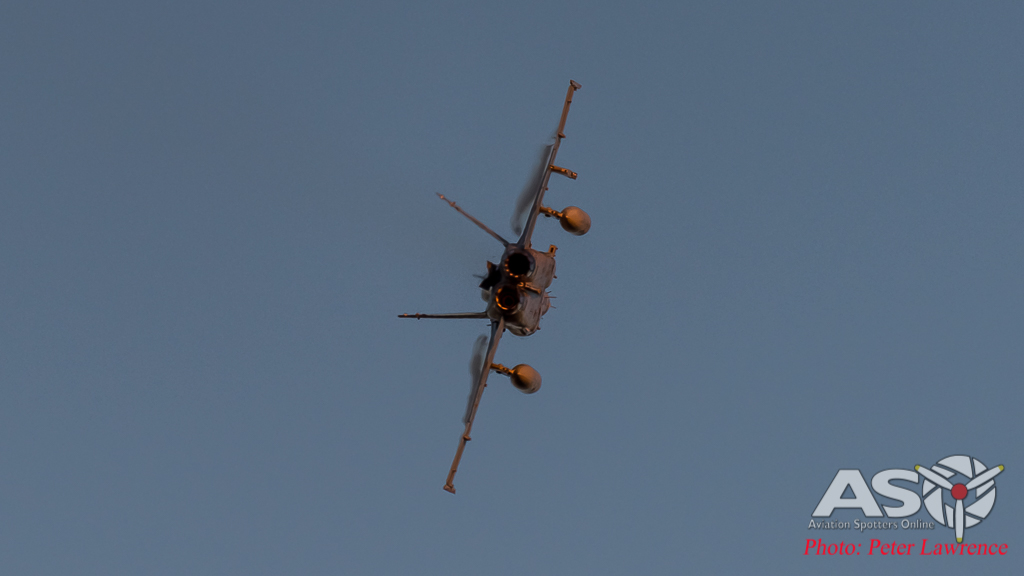 Previously known as the Fighter Combat Instructor’s course (FCI) conducted by 2 OCU, which saw the best of the best fighter pilots trained to become the leaders and teachers of the RAAF’s air combat capability; as the Air Force’s roles and technologies have expanded to encompass a wider range of air combat elements in recent times, so has the need to integrate these aspects into an overall and cohesive doctrine of battle-space management. 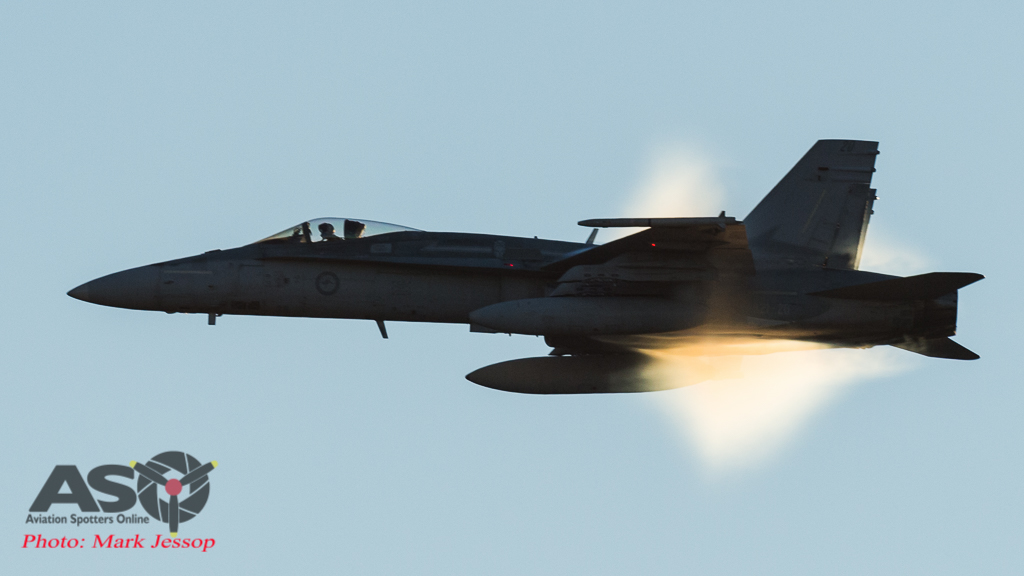 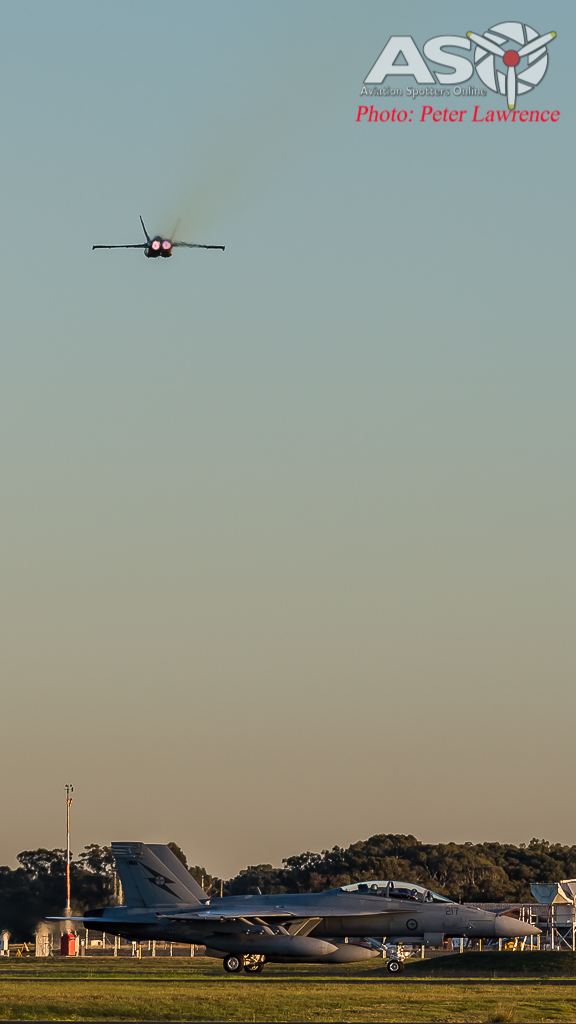 This growth means that there is now the need to include a wider range of ADF capabilities such as electronic countermeasures, airspace control, communications, information transfer and control and much more, which has led to the establishment of the Air Warfare Center  and the former FCI course develop into the new AWIC course, the purpose of which is “to graduate expert leaders and instructors capable of tactics development, validation and instruction” in the multi-faceted fields of modern air combat. 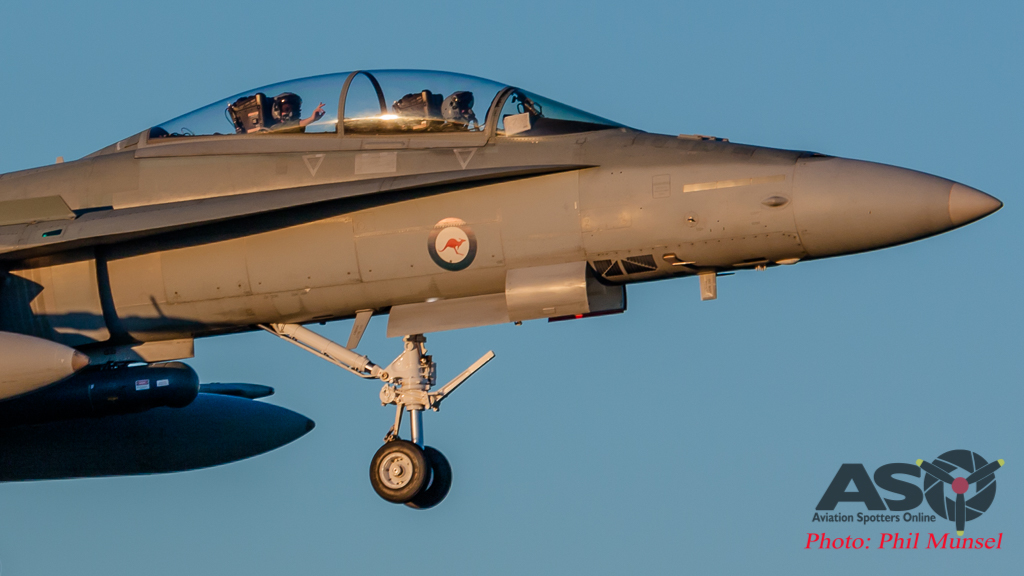 The six month long course has been conducted in conjunction with the “Diamond” series of exercises, such as Diamond Shield back in March which saw the F-16s of the 18th Aggressor Squadron, Alaska, deploy to Williamtown for a few weeks (see that article HERE) and has culminated with the large Diamond Storm exercise held across Australia’s north in recent weeks.  In this final phase of the course, aircraft from 2 OCU, 1, 2, 3, 37, 75, 76 and 77  squadrons took part in a mock-attack towards Williamtown with various elements tasked as either offensive or counter-offensive forces. At the conclusion of the battle (as was the tradition during the former FCI course), all the participating aircraft recover to Williamtown in a series of low level, high speed approaches at the crack of dawn. And that’s what the spotters were there to see. Speaking with one of the pilots about how he would describe the battle out at sea, he went on to say “Think of Knights on horseback charging each other, swords drawn for battle. Clashing in the middle to determine the Victor.” 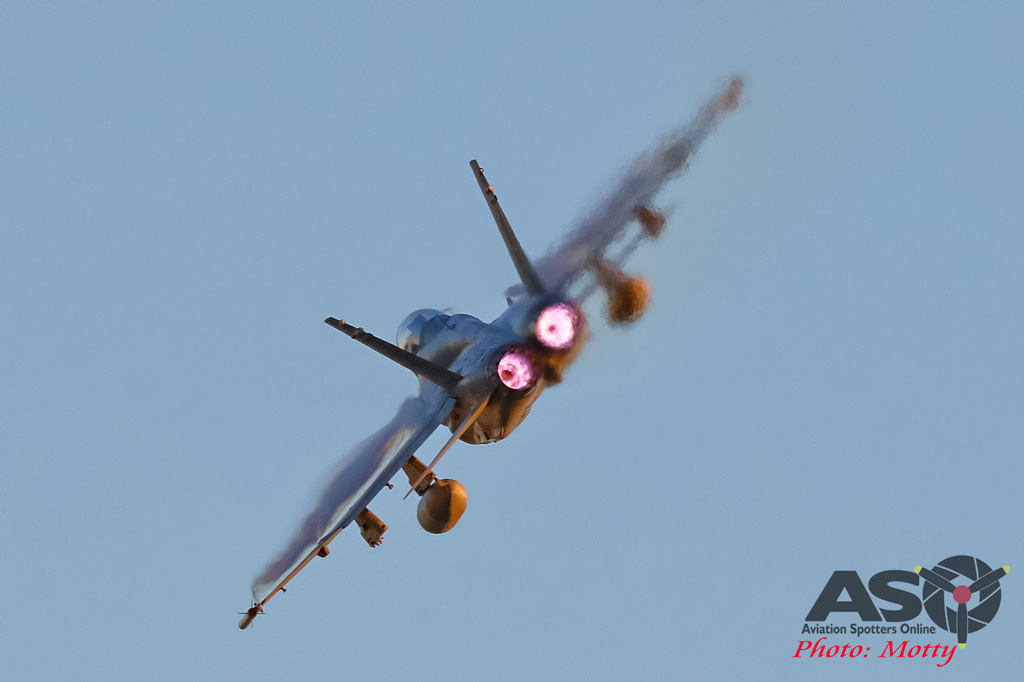 Around 20 classic Hornets and two Hawks launched from RAAF Williamtown at 6am while another 20-or-so Classic and Super Hornets departed from RAAF Amberley. Also on hand was an E-7 Wedgetail from 2 Squadron to provide battlefield command & control and a C-130J from 37 Squadron. 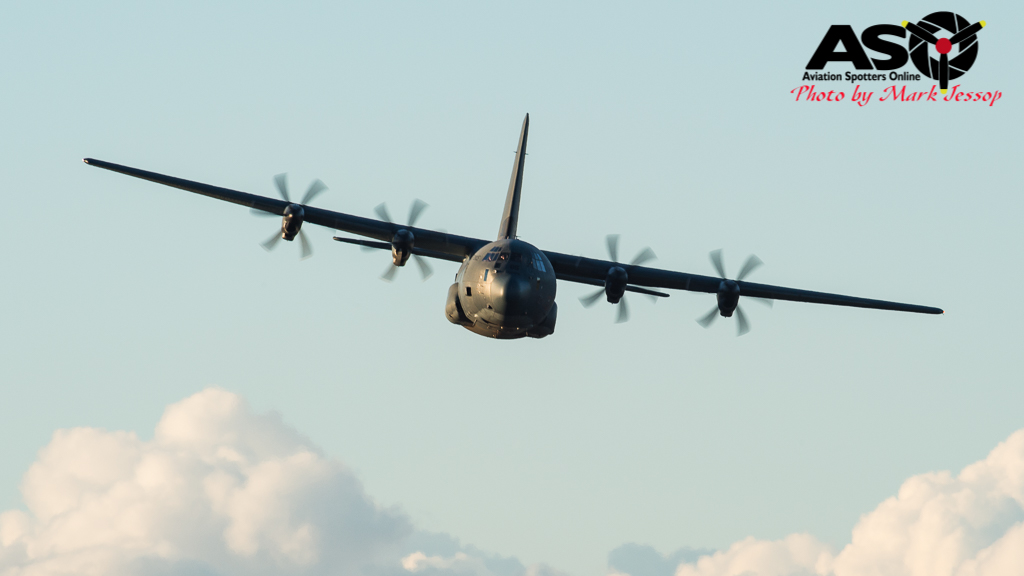 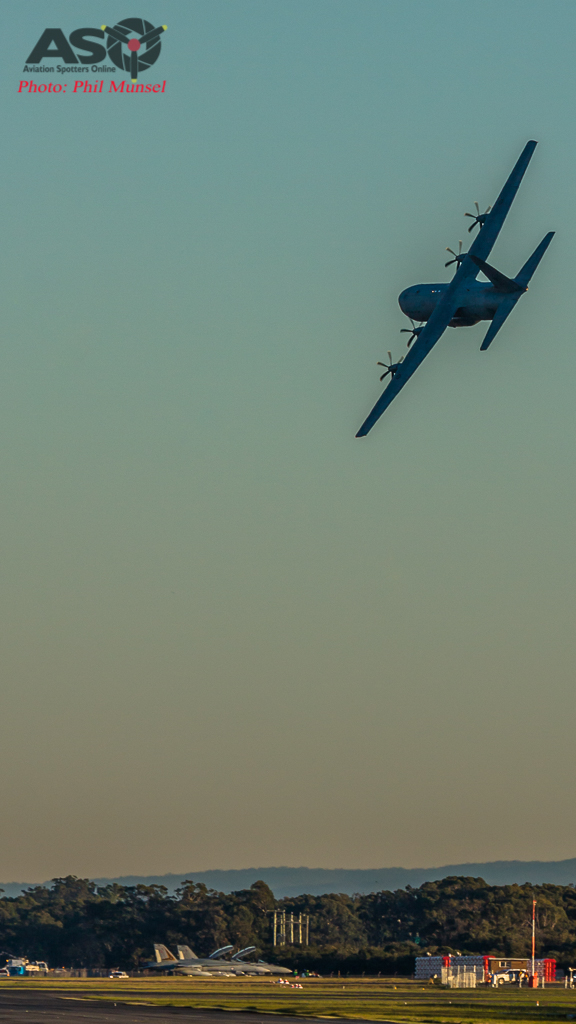 As word of this event has grown over recent years, it has become a major highlight of the Australian “Spotters” calendar, with people travelling from all around the country to witness the spectacle. The viewing areas in front of the base were full to the brim with spectators, enthusiast and casual alike and, after the previous few times occurring under gray and dreary conditions, this year they were treated to a fantastic (although freezing) clear winter’s dawn. 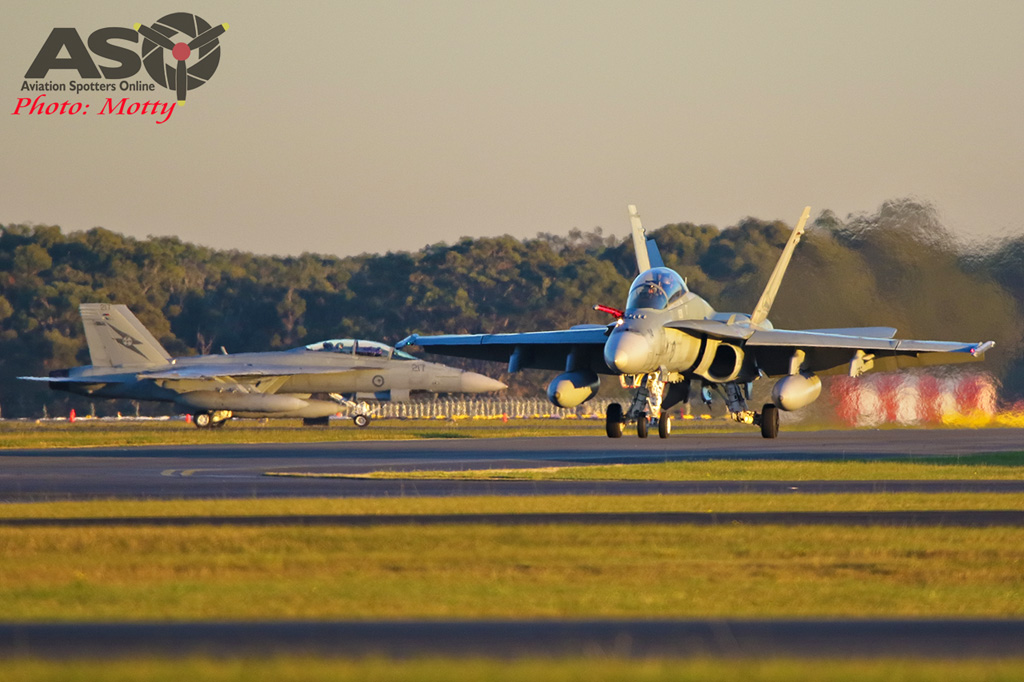 ASO was able to cover the event from several vantage points; the viewing areas in front of the base (which is a great spot to capture all of the aircraft as they make their final approaches), mid-field at Air Movements and from the control tower. As the first tiny specs appeared over the coast, to the east, it was on! A fantastic assault of the senses as the aircraft tore across the field in full ‘burner with the occasional puff of “ecto” as they squeezed the moisture out of the air before pitching up to join the circuit downwind. Wave after wave streaking in while an almost constant stream of jets turned onto finals to land over the viewing areas, all in the most fantastic early morning light. And it’s not often that you get to see a Wedgetail do a low initial-and-pitch, or a C-130 pulling “ecto” as it pitches into the circuit either. 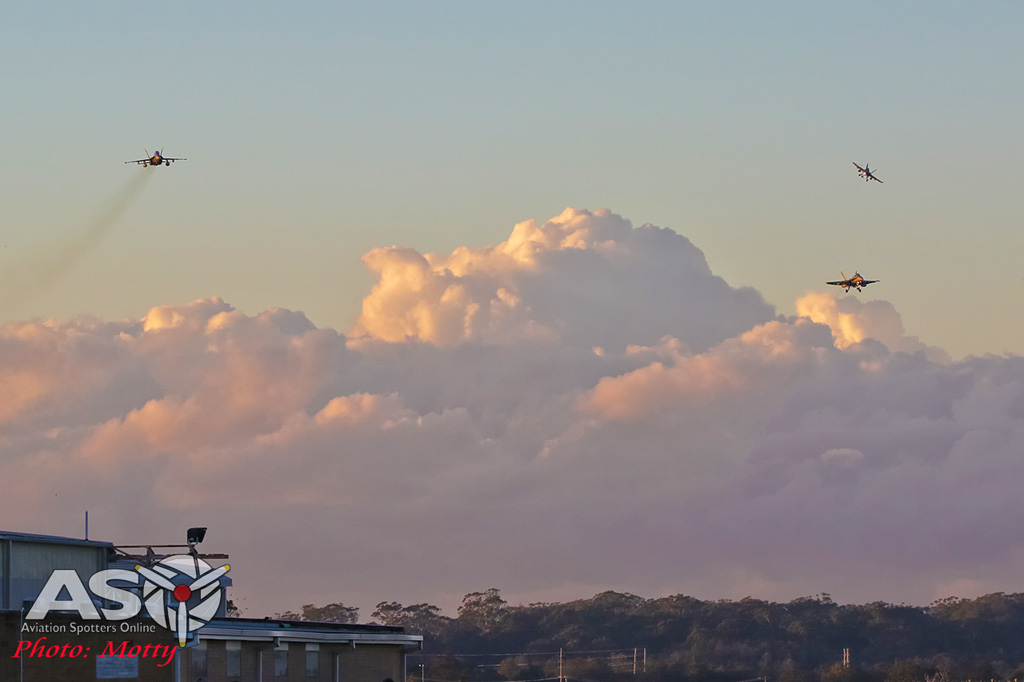 While a fantastic chance for those of us on the ground to get a rare glimpse of the RAAF in action, this was really about the people involved and the culmination of several months of the most intense study and stress that they have probably ever experienced, in order to become the future of Australia’s air combat capability. Our sincere congratulations to all of the Graduates of the inaugural Air Combat Instructor’s Course and our thanks to the Royal Australian Air Force for allowing us to cover it for you. 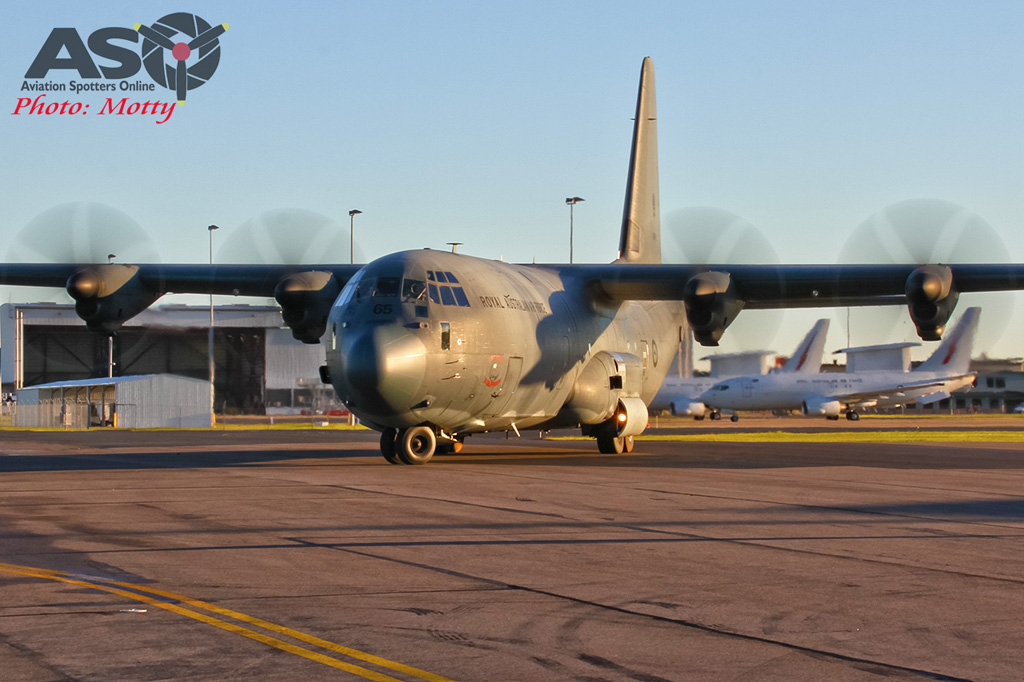 A short video of the action from the Control Tower-

If you are in school and are thinking about a career in the Royal Australian Air Force then for more information click here- http://www.defencejobs.gov.au/airforce/

ASO would like to thank the Royal Australian Air Force, 2OCU, The Air Warfare Center 88SQN,SQNLDR Bruce Chalmers for the support and access to cover AWIC17.