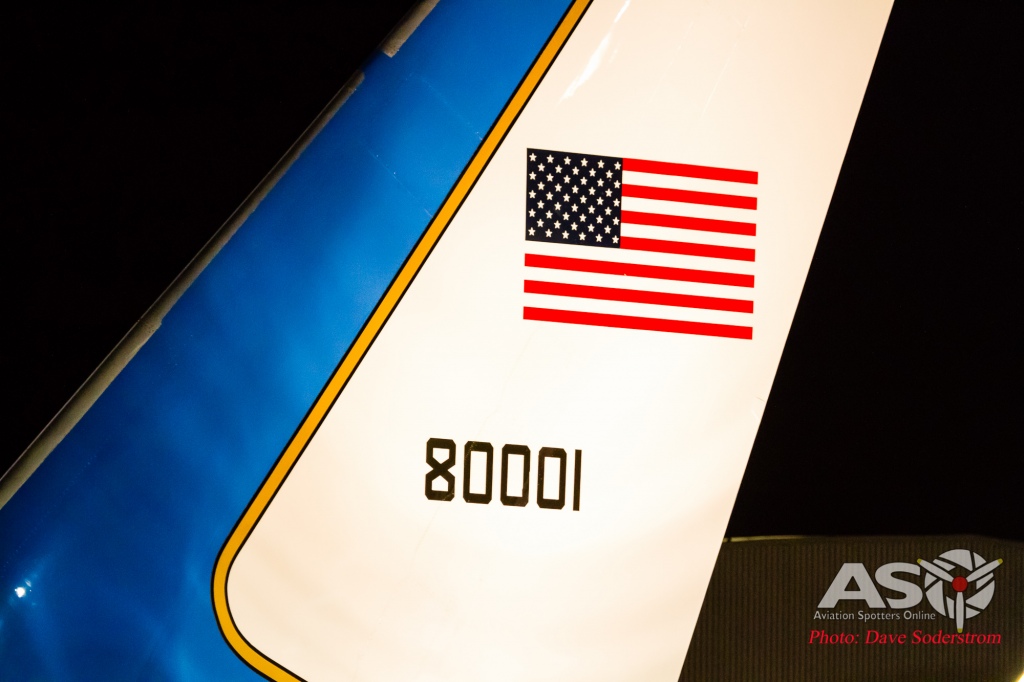 Being the second most powerful man in the world is something not to be taken lightly at all . With the title comes a great deal of responsibility. So when Vice President of the United States of America, Joe Biden visits he certainly shows what this sort of title brings with it.  With an Airlift mobilised to rival our own R.A.A.F, Melbourne’s Tullamarine and Mascot in Sydney were the staging grounds for these some impressive aviation action.

Of course nothing is simple or small scale when shifting the Vice President and his traveling companions including, but not limited to, the  Secret Service, USAF, Media and even a motor cade across the other side of the planet. To this you need airlift and plenty of it, as well as precise planning to accommodate the requirements of not only the people but also the aircraft.

The planing as mentioned is meticulous and to this end Melbourne and Sydney spotters have been treated to U.S.A.F Boeing C-17A Globemasters arriving with various logistical items well ahead of the main event.

It all started on the East Coast of Australia when the first of three Boeing C-17A Globemaster III’s, 02-1106 landed at Melbourne on the 6th July. This was quickly followed by 08-8195 and 00-0184 all were operated by 62nd Airlift Wing based at McChord Field which is home to McChord Field’s four active C-17 squadrons.  Next to arrive was 08-8195 which is attached to the 446th Airlift Wing, was the first to arrive on July 14th followed by the second C-17A 00-0184 about 30 minutes or so behind the previous aircraft. Both aircraft arrived in Brisbane earlier in the morning before proceeding to Melbourne.

Some history on McChord Field,  it is home to a wide variety of units and missions located at Fort Lewis, in Washington. The 62nd Airlift Wing is the active duty wing on McChord Field. It is also home to the Reserve Partner the 446th Airlift Wing. Together, the two wings fly around 50 Boeing C-17A Globemaster IIIs to provide combat airlift were required. The base is also home to the Western Air Defence Sector, an Air National Guard unit, the 22nd Special Tactics Squadron as well as the 361st Recruiting Squadron.

Arriving at Melbourne just after 20:30 pm on Saturday 16th July was Boeing C-32A 98-0001 (which is the military variant of the Boeing 757-2G4) This aircraft was delivered to the USAF on the 1st June 1998. It was the aircraft that brought Vice President Biden to Melbourne along with US members of Press, Secret Service and others. A short time later 98-0002 again a Boeing C-32A arrived. The primary users of this type of aircraft are the Vice President of the United States, using the distinctive call sign “Air Force Two”, the First Lady or the Secretary of State. On very rare occasions, other members of the U.S. Cabinet and Congressional leaders have been authorized to fly aboard the C-32 for various missions. Crews are from the 1st Airlift Squadron, 89th Airlift Wing at Andrews Air Force Base based at Maryland, Washington. There are currently 9 C-32s in the active fleet. 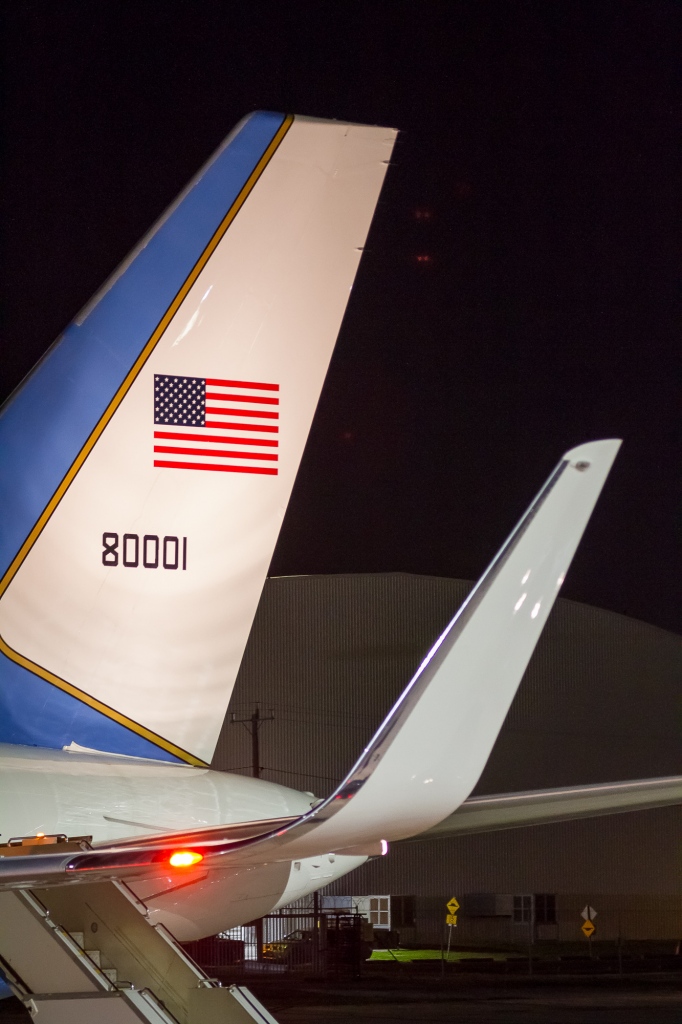 With all these aircraft the Melbourne Airport Precinct at the Southern side of the airport was quickly turned into USAF base Tullamarine. As was to be expected security was a high priority with Victoria Police, Australian Federal Police the Secret Service, and even the CIA closely monitoring people in and around the area.

The Vice President was in Melbourne to attend and visit the following:

His stay in Melbourne was short with Sydney being the next stop. The airport was again being tightly monitored by Security, Secret Service and the Victorian Police as the airport prepared for the departures of the two aircraft. They both departed at around 13:45pm on Monday July 18th. First to line up was 98-8001 followed quickly by 98-8002.

The Vice President’s commitments in Sydney include:

Aviation Spotters Online wishes to thank and acknowledge the people from Melbourne Airport Corporation, Public Affairs and Media for the Australian Government and the U.S. Consulate General, for their assistance in the preparation of this article.

Thank you to all of you.

The beautiful silver twin seemed to hang motionless in the air as the day’s last light danced across its graceful, classic lines. One of the newest additions (or returns?) to Australian skies is the lovely Beech 18 VH-BHS “Miss Maple” of Chris and Haley Tibbetts from Beech Adventures, based at[…]

One year on and the Qantas 767 is still a favourite. Today the 27/12/15 marks the anniversary of the retirement of the last passenger operating Qantas Boeing 767 in Australia. The 767 didn’t appear in Qantas colours first however this honour goes to the now defunct Ansett Airlines who ordered five[…]