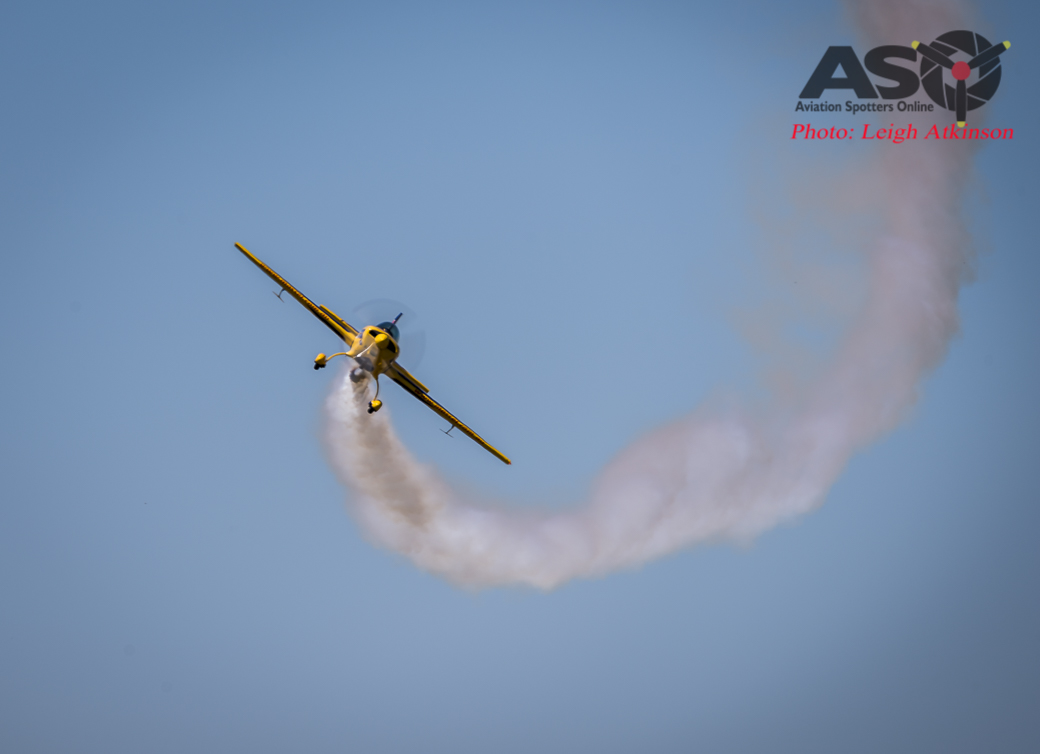 On the 21st of November during the Warbirds Downunder airshow at Temora NSW, ex RAAF fighter pilot and now Red Bull Air Racer Matt Hall showed why his skills at the stick had him as a serious contender for the 2015 Red Bull Air Race series. Matt finished the season with just 5 points shy of the 2015 winner Paul Bonhomme. Good Luck for your 2016 campaign Matt.

Red Bull Air Race competitors fly side by side in Spitfires

Whilst Matt was in Temora he also spent some time at the controls of one of the Museum’ s Spitfires and was also taking a lucky few for a back seat ride in the two-seater CA-18 Mustang ‘Snifter’. During the displays whilst Matt flew the Mk. VIII fellow Red Bull Air Racer Nigel Lamb who won the 2014 Red Bull series, flew along side Matt in the Mk. XVI.

A 49 year old Australian Aviation Photographer residing in Brisbane, Australia, with an adventurous spirit, having photographed aircraft as far afield as Greenland. My primary weapon of choice is the Nikon D800E.
"I am passionate about photography as an art form as well as an opportunity to record history."